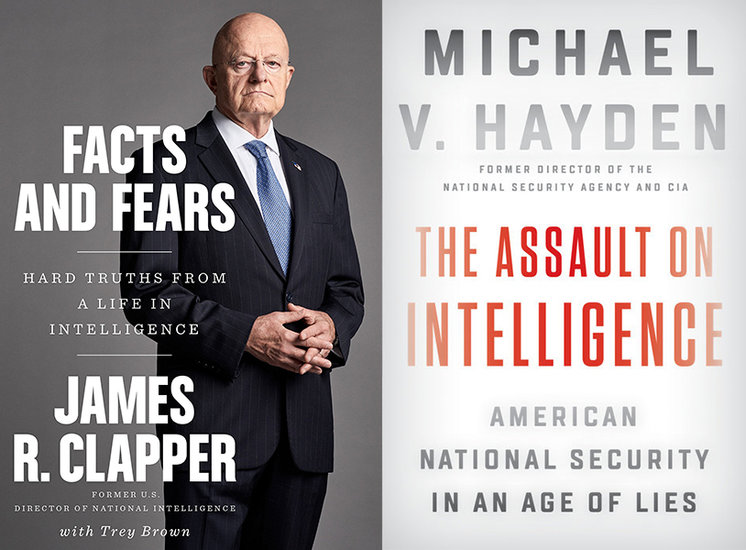 With the news being dominated by major geopolitical issues both abroad and at home, two legendary intelligence operatives are releasing new books this spring:

General Michael Hayden, the former Director of the CIA and the former Director of the NSA
A four-star General who led both the CIA and NSA, Michael (Mike) Hayden is one of our country’s most-experienced intelligence professionals. He helps organizations answer questions like, “What should we know now about the cyber threat?” and “How can our business maximize success and minimize risk in a tenuous global environment?”

Hayden’s new book called, The Assault on Intelligence: American National Security in an Age of Lies, is out on May 1st. Hayden looks at a world order that’s “teetering on the brink”—hitting on threats posed by Russia, China, and North Korea—and addresses additional issues we’re facing in Washington. He also shares the effective responses that he believes will help steer America’s organizations and businesses through this period of disruption.

Director James Clapper, the former Director of National Intelligence
Jim Clapper is formerly the nation’s top intelligence official and principal intelligence advisor to the President. He is respected for both his encyclopedic knowledge of critical intelligence issues and his straight-shooting style. Of Clapper, President Obama said: “[He] possesses a quality that I value in all my advisers: a willingness to tell leaders what we need to know even if it’s not what we want to hear.”

Clapper’s new book, Facts and Fears: Hard Truths from a Life in Intelligence, is out May 15th. It traces Clapper’s career through the growing threat of cyber attacks, his relationships with presidents and Congress, and the truth about Russia's role in the presidential election. Having overseen the US intelligence community through a period that included the bin Laden raid and the Snowden leaks, Clapper’s uniquely positioned to discuss the broad scope of threats facing American interests.

To learn more about General Hayden or Director Clapper, or to check their availability and fees for an upcoming event, call us at 1-800-SPEAKER or live chat with a member of our team right now.