8 LAI Speakers React To Trump's State of the Union 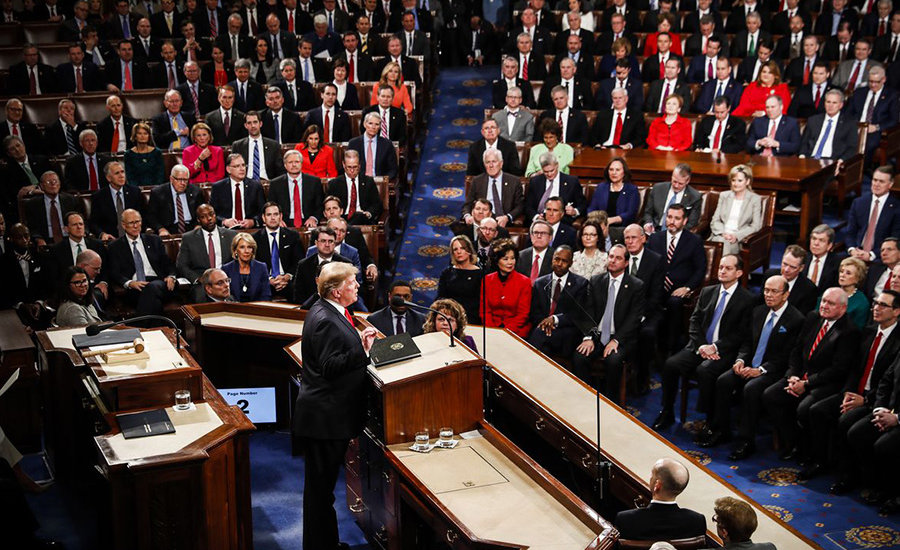 First things first. Did you miss last night’s big event? Whether you caught President Donald Trump's State of the Union (SOTU) address live or you missed it, you may be wondering what the country's leading political experts had to say.

Leading Authorities Speakers Bureau is known for representing the best of the best when it comes to politics and political analysis, and many of our renowned political analysts weighed in on President Trump's State of the Union address and have shared their insider perspectives and high-level recaps to break down all of the complex hot-button issues covered during the SOTU, their proposed policies, and the implications on our country, our economy, our industries, our communities, and our personal lives.

To save you some valuable time, we thought you might like to see a quick round-up of expert recaps and reactions from some of LAI's most prominent and popular political analysts on both sides of the aisle.

Here's what eight of LAI's political speakers are sayin:

CBS News Chief Washington Correspondent, Major Garrett, sat down with CBS This Morning host, Norah O’Donnell, to recap Trump's address and share their thoughts about the speech. Garrett delivered a recap of the night’s big moments in just a few minutes. Watch a video of Garrett and O’Donnell’s reporting below.

Norah O’Donnell also stopped by The Late Show with Stephen Colbert to discuss the President’s comments on ongoing investigations. Check out the tweet from her appearance below and watch O’Donnell discuss President Trump's message to Democrats.

"He said if there is going to be peace and legislation, there cannot be war and investigation. That was a threat."@NorahODonnell and the rest of the @CBSThisMorning desk stopped by @colbertlateshow tonight https://t.co/iBDcCgA9nX pic.twitter.com/7aiywpSXXK

CNN host of State of the Union and The Lea, Jake Tapper, noted that President Trump used the occasion to raise funds for his 2020 campaign by setting up an on-screen ticker that aired during the official State of the Union live-stream and highlighted the names of everyone who had made a contribution to the campaign fund that day. Tapper asked a group of panelists, “Is that smart campaigning, or kind of sleazy and inappropriate?”

Former Deputy and Acting Director of the CIA & Author of Best-Selling Book, Great War Of Our Time

Former CIA Deputy and Acting Director Michael Morell also spoke to CBS This Morning about the foreign policy initiatives President Trump outlined in his speech last night. “I think the President deserves credit for getting us into negotiations,” Morell said. “But look what’s happened since the first summit … They’ve stopped nuclear missile testing, but they’ve made no move towards denuclearization. In fact, we know they continue to do activities on the ground to advance their program.” Watch Morell’s analysis.

Republican strategist and CNN and ABC News political contributor, Ana Navarro, wrote a recap of the State of the Union for CNN.com. Navarro wrote that she felt President Trump seemed to have two different personalities on display, one calling for unity and one digging in on divisive issues. “[He] found some common ground and points of unity—criminal justice reform, lowering the price of drugs, celebrating the achievements of women, she writes. “But at times … he demonized immigrants, fanned the flames of hysteria over a caravan carrying migrants and wrongly claimed Democrats want open borders.” Read Ana’s take.

Meet the Press host Chuck Todd took to Twitter to write that while he does think most State of the Union addresses are a bit disjointed, President Trump’s address seemed to truly lack a coherent theme. Believing that immigration served as the “centerpiece” of the talk, he added he felt the President has perhaps decided that this issue will be critical to his 2020 reelection campaign. See Todd’s tweets.

Most SOTUs are a bit disjointed; they usually sound like they were written by committee because they usually are. This speech seemed to truly lack a coherent theme... series of ideas and complaints with only immigration as a centerpiece

National Correspondent for The Hill

National Correspondent for The Hill, Reid Wilson, wrote about House Minority Leader Stacey Abrams’ rebuttal to the State of the Union. He noted that Abrams’ speech “may stand as a preview of the Democratic embrace of its more progressive wing.” He noted that she focused on the Affordable Care Act, gun control measures, and climate change, calling these “issues that will dominate the coming battle for the 2020 Democratic presidential nomination.” Read Wilson’s recap.

CNN Editor-at-large, Chris Cillizza, wrote about the five key takeaways of the speech that he viewed as most important. #3? “Women Rule.” Cillizza writes that, “It was hard to miss the large number of Democratic women sitting together on the House floor wearing white in honor of the suffragette movement,” and adds, “It was a nice moment – for all parties.”

Want to see more political speaker options? Click here to see 82 of the top political speakers you need to know about right now. We've broken down our large roster of powerful and prominent political keynote speakers into helpful lists based on the speaker's political expertise or areas of specialty to make it easier for you to find the perfect political figure for your event and to save you time by grouping the most sought-out political speakers in all the hottest categories together in one easy-to-find place.

Are you interested in bringing one of our these top political speakers with incredible credentials to your next event stage? Looking for someone to get your team excited for a big undertaking at one of your upcoming meetings? Let us know!

To get in touch with us, you can also email us at contact@lauthorities.com, fill out the form below, live chat with a member of our team online now, or call us at 1-800-SPEAKER.