The 9 Inspirational Speakers On Our 2018 Inspire Lineup

We just came back from our inaugural speaker showcase event, Inspire: Leading Authorities' Day of Ideas, which took place at the Watergate Hotel in Washington, DC on February 23rd, 2018!

Among the brilliant thought-leaders, we featured the following keynote speakers on our Inspire conference speaker lineup:

Former COO of Buzzfeed and Founder & CEO of Cheddar

One of our most popular business innovation speakers, Jon, is the founder of Cheddar, the first “post-cable” TV network. He also served as the COO of Buzzfeed during its epic rise between 2010-2014. Jon's new venture, Cheddar, launched in early 2016. It streams live news video exclusively on social media, and, despite being a new media player, had a valuation of $85 million as of earlier this year. Jon is a high-energy and refreshingly irreverent speaker who mixes hard data and humorous anecdotes to illustrate lessons on skating to the puck and getting ahead of industry trends. He offers a rare look at how an innovator’s mind works as they seek out holes in the market and make big business bets on them. He also shares insights on the early days of Buzzfeed and how his team grew it, why the future of media is “appointment only,” and why the next big thing “always looks like a toy at first.”

Kal Kallaugher is an award-winning cartoonist who draws live on stage while offering his unique and hilarious take on politics—illustrating the top issues of the day with humor and art. His presentation is totally different, fun, and interactive for audiences. His presentations are hilarious and memorable, and he has lectured at TED, Harvard, Pixar, and Google.

Colonel Nicole Malachowski has served as a mission ready F-15 fighter pilot in three fighter squadrons and has flown over 188 combat hours. She led an elite cadre of F-15 Instructors in the training of the next generation of combat aviators and was responsible for resources totaling over $1.1B and the execution of a $119M annual flying hour program. In 2005, she was selected to fly as Thunderbird #3 with the USAF Air Demonstration Squadron, making her the first woman to fly on any Department of Defense military jet demonstration team. As a White House Fellow, class of 2008-2009, she served on the Presidential Transition Support Team (PTST) while assigned to the U.S. General Services Administration. She has served staff assignments in the Office of the Secretary of the Air Force for International Affairs and most recently served as the Deputy Director of USAF Force Readiness and Training at the Office of the Secretary of Defense.

Ben is one of the world's best-known adventurers and a three time TED speaker. Dubbed a "Master Storyteller" by TED owner Chris Anderson, he's freshly back from a grueling journey in Antarctica, where he walked unsupported to the South Pole (and documented it all on social media!). One of our top-reviewed speakers, his visuals and stories are breath-taking and at times both nerve-wracking and hilarious. He leaves audiences inspired to push past what they perceive to be impossible, challenge the best version of themselves, and infuse their lives with a daily sense of purpose.

A disruption powerhouse, Sarah speaks passionately about disrupting your own business from the inside out. She’s known for transforming Gatorade from a declining sports drink company into a booming sports fuel company, working with Nike on the game-changing Plus technology, and is the author of the new book, Extreme You.

Chairman of the Artificial Intelligence & Robotics Track at Singularity University

For a high-speed and incredibly visual look at future trends, Neil Jacobstein is a top choice. (Think videos of robots doing backflips paired with insights on what the AI, biotech, and Internet of Things revolution all means for the future of business and culture!) His presentation on “The Power of Exponential Technology” is customizable and looks at the latest tech breakthroughs and their applications of exponential change across industries. His speeches are thoughtful and up-to-the-minute, and he uses stories from his time consulting with NASA, Boeing, and the U.S. Air Force to light up his overview of emerging AI and robotics.

Matthew Griffin founded Combat Flip Flops in 2006, after graduating from West Point and serving four tours of duty as an Army Ranger in Afghanistan and Iraq. Combat Flip Flops, a footwear and apparel company that sells goods manufactured in conflict and post-conflict zones, uses their profits to aid the areas in which they are made as a part of Griffin’s mission to encourage peace through trade and “business over bullets.”  The company currently operates in Afghanistan, Laos, and Colombia, helping local populations pull themselves out of poverty. Proceeds are additionally used to put Afghan girls in school and to help clear mines from war-ravaged lands in Laos.

When powerful companies want their teams to take action online, they book technology strategist and dynamic speaker Crystal Washington, who has worked with Google, Microsoft, GE and others in the USA, Africa and Europe. For this comprehensive knowledge on social media, she has been interviewed by ABC, NBC, FOX, CBS, and numerous radio stations and magazines around the globe. Well-known for her ability to take complex Web, app and social media topics and make them easy to understand and accessible for everyday people and small business owners, she owns CWM Enterprises, a social media instructional brand aimed at training everyone from Gen Y's to Baby Boomers in strategically using social media and apps for sales, marketing and general efficiency.

A robotics innovator and visionary, Keller shows the world how drones are used to save lives. Zipline manages a system of robotic aircrafts specifically designed to carry life-saving medical supplies to areas in need. Leapfrogging the absence of preexisting infrastructure, Zipline works with Rwanda to put all 11 million citizens of the country within a 15-30 minute delivery of blood and other essential medical product. A former TED main stage speaker, Rinaudo was named one of 2016’s “Most Creative People in Business” by Fortune and made Forbes’ prestigious 2017 “30 Under 30” list in the Consumer Technology category. He discusses how to test solutions quickly to effectively maximize output, how to discover simple solutions to complex problems, and what technology and robotics mean for the future of business and government.

Mark your calendars! Registration is now open for our Inspire 2019: A Leading Authorities’ Day of Ideas event, which will take place on Friday, March 8th, 2019, at the Watergate Hotel in Washington, DC. Get a sneak preview of our 2019 Inspire speaker lineup, see the meeting agenda, and request your invite here.

END_OF_DOCUMENT_TOKEN_TO_BE_REPLACED 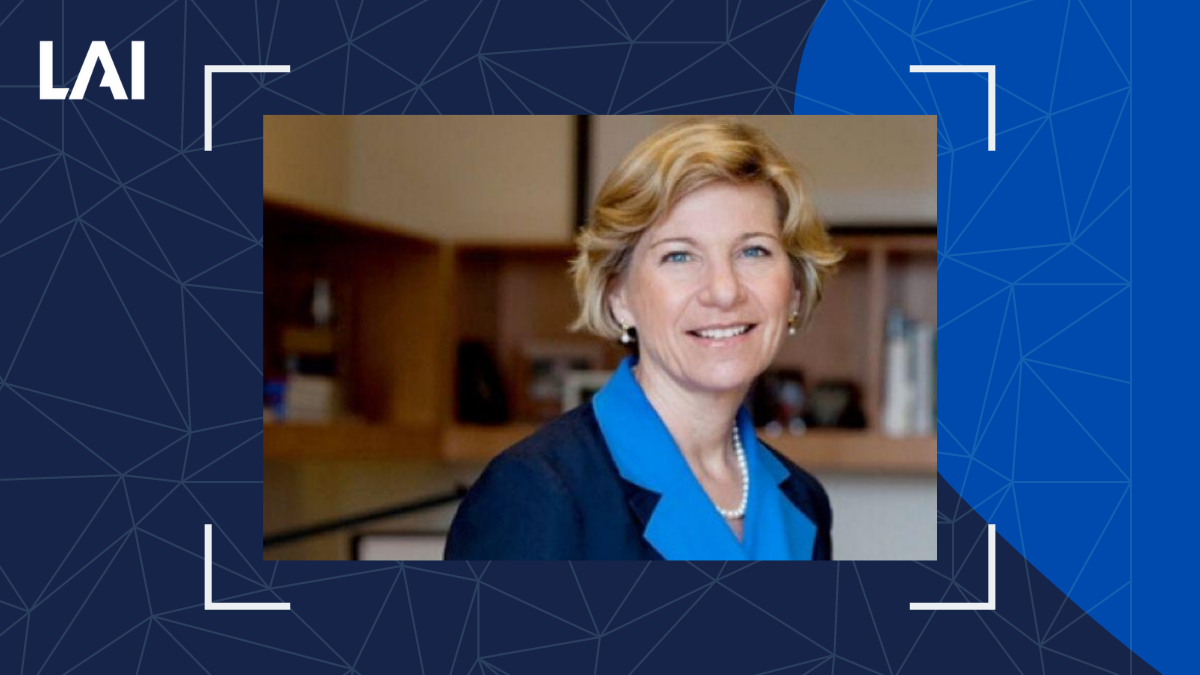