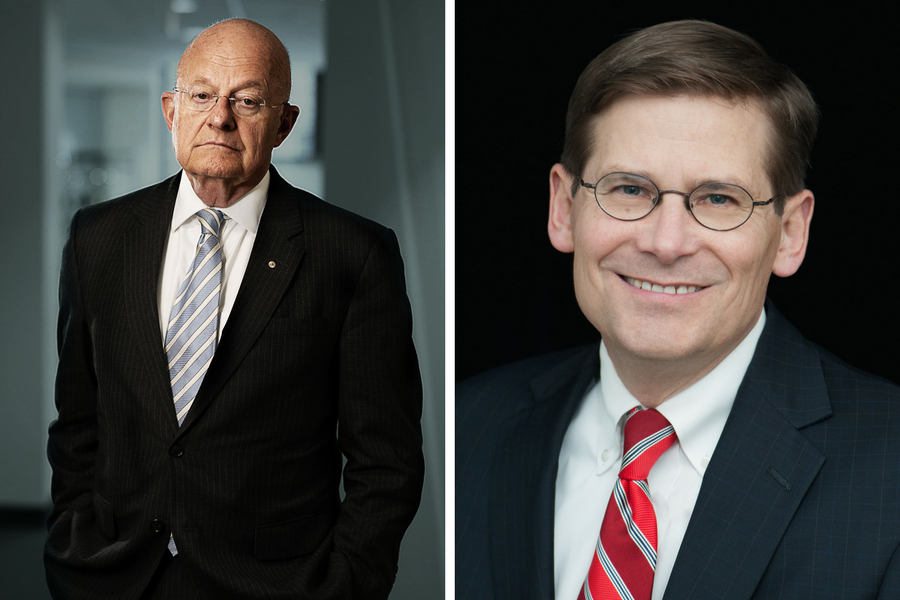 Topics:
Geopolitics | National Security
Share
Last week former Director of National Intelligence James Clapper and former deputy and acting Director of the CIA Michael Morell teamed up to give a talk together. Our client said it was one of the best geopolitical duos they’ve ever had.

The pairing was fantastic—Clapper and Morell know each other well so the conversation flowed naturally. Though they agreed on many assessments, they also had opportunities to expand on what the other said and offer some additional or opposing viewpoints. Clapper played the more gruff intel agent (his own words) and Morell the more animated, cerebral, and optimistic counterpart.

They looked at the investigation into Russian interference in the Election and offered insights into geopolitical (North Korea, Russia, and the Middle East/ISIS) and cyber security risks to businesses. Although they were speaking to a fairly globally-aware audience, they were experts at breaking down complicated geopolitical situations into easy to understand (albeit sometimes terrifying!) terms.

Clapper is an incredible story-teller—his personal stories added color and incredible background into his remarks. And Morell is definitely an expert at taking subject matter and boiling it down to a nugget or two that are extremely relevant to the audience at hand. Together they offer audiences a truly presidential level briefing alongside predictions for the future.

Considering that—in the last week alone—the biggest cyber attack in history struck Europe, North Korea launched another missile test, and the FBI found itself reeling from a very public personnel crisis, the talk could not have been more relevant or useful for high-level executives.

If you'd like to check in about pricing or availability, please fill in the form below.