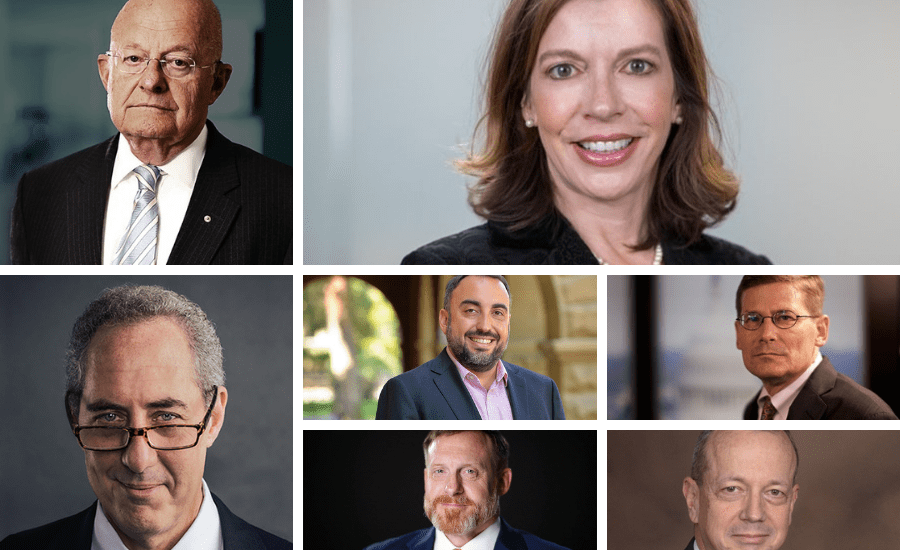 Big events warrant big-name speakers. Take a refreshing break from business-as-usual and engage investors with a headline speaker on your roster. Booking a keynote speaker with name-draw will generate initial buzz about your event. And, more importantly, news of an impressive big-name speaker will maintain attendee excitement up until the big day. Annual investor meetings only happen once a year, after all, so give your guests an experience they won’t soon forget! Below is a list of some of our tried and true headliner speakers for your next investor meeting.

Jim Clapper was America’s most senior intelligence official between 2010 and 2017, providing President Obama’s daily morning brief and holding one of the broadest portfolios in the entire government. Since leaving office, Clapper has quickly become one of our most popular speakers on cyber security. A recent client wrote that Clapper’s presentation kept their audience “completely engaged the entire time,” as he offered a privileged look inside the U.S. intelligence community’s biggest pain points, all told with his signature straight-shooting professionalism and sarcasm. | See more on Dir. Clapper here.

Former Deputy and Acting Director of the CIA

Michael Morell is the former CIA Acting Director and author of the New York Times best-selling book, The Great War Of Our Time: The CIA’s Fight Against Terrorism from al Qa’ida to ISIS. Having spent his entire career at the CIA, Morell has been in the room with the nation’s major political players for more than a decade. He is the only official who was with both President Bush on September 11th and President Obama on May 1st, when Osama Bin Laden was brought to justice--during a raid in which Morell had been integral in planning. According to the Wall Street Journal, he has “been at the center of nearly every fight against al Qaeda and has seen the limits of US intelligence." In an age where the intelligence community has never been more important to national security, Morell offers audiences a debrief on the current state of our intelligence capabilities as well as how cyber fits into our relationships with Russia, China, Iran, and North Korea and the role of cyber operations in war. | See more on Dir. Morell here.

Evelyn Farkas is one of the nation’s premier voices on American foreign policy and geopolitics, and one of the nation’s most-trusted experts on US-Russia relations. As Deputy Assistant Secretary of Defense for Russia, Ukraine, Eurasia, she was the US Department of Defense’s top Russia expert under President Barack Obama. With a deep understanding of how major foreign policy decisions are made, she skillfully dissects international disarray and its implications on businesses globally. She offers audiences a fascinating look at America’s position in the world as well as her thoughts on how to secure global stability and prosperity. | See more on Dr. Farkas here.

Michael Rogers is one of the most-knowledgeable cyber security experts on the lecture circuit today. Rogers served under both Presidents Trump and Obama and oversaw the NSA, from 2014 to 2018, and Cyber Command responses to both the Snowden leaks and Russian interference in the 2016 US Presidential election. He helps groups answer questions like, “What do we need to do to evolve and protect our assets?” and “What will the future look like and how will that change affect my business?” | See more on Adm. Rogers here.

Alex Stamos has one of the most-compelling and fascinating talks on cyber security on the circuit. A cybersecurity expert, business leader and entrepreneur, Alex’s entire career has been centered on improving internet safety. With the advance of technology and inflation of data available online, Alex is a top consultant for the world’s biggest tech concerns. Speaking completely from real-life experience (he also led security at Yahoo), he tells incredible, true stories that shed light on the real-world, bottom-line impact of cyber security and cyber warfare. | See more on Prof. Stamos here.

John Allen is one of the nation’s most respected thought leaders on US-global relations. He offers a high-level overview of potential digital threats and their origin as well as the keys to combating them. His commanding presence has audiences holding their breath as they hear his first-hand accounts of combating what the FBI called the “danger it worries about all day long.” Drawing on these powerful stories, Allen shares insights about our cyber security challenges and details how they will likely play out on the geopolitical stage. | See more on Gen. Allen here.

Michael Froman is an expert on trade and its effects on US global relationships. He was formerly President Obama’s chief advisor, negotiator, and spokesperson on trade and investment issues. Froman’s experience and insight has never been more valuable given the current emphasis on trade. He helps audiences understand America's new role in the global economy, as well as what the Trump Administration's stances on various trade agreements mean for businesses. Currently the Vice Chairman and President of Strategic Growth at MasterCard, he is perfectly positioned to provide businesses with a 360-degree overview of how our global relationships will evolve. | See more on Amb. Froman here.

BOOK A HEADLINER FOR YOUR NEXT ANNUAL INVESTOR MEETING

Are you interested in bringing one of these headlining, professional speakers to the stage for your next investor meeting? Please let us know!

Contact our team to find out more about these incredible individuals, to check out their speaking fees and availability, or to book any of these big-name speakers to speak at your next meeting or conference.