Blockchain: What It Is & Why It Matters 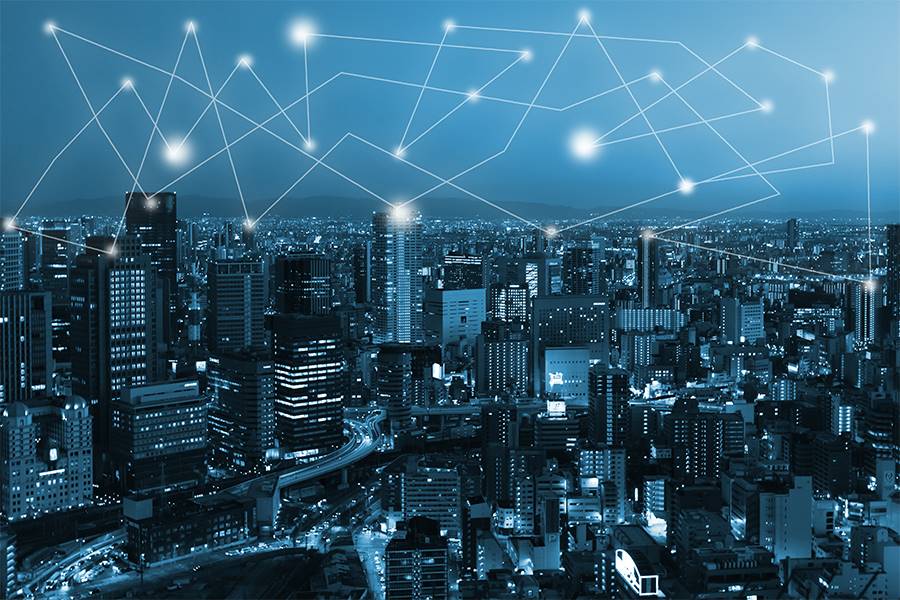 If you’re planning a meeting focused on future trends or disruptive technology, chances are you’ve come across the term “blockchain.” Goldman Sachs said blockchain has “the potential to redefine transactions” and, according to Deloitte, banks and businesses are rushing to implement blockchain-based technology—investing millions in the hope that it will ultimately save them billions. But what is blockchain? And why does it matter right now?

A blockchain is a global digital database that—unlike databases typically used by banks or governments—is entirely decentralized and unowned and can be accessed by anyone online. Data is stored across a network or chain of personal computers in “blocks.” The network uses a type of technology called cryptography to make sure records aren’t altered or forged, and transactions are validated by an entire network of other users. The overall effect is a near hack-free system where transactions happen in seconds rather than days.

Blockchain is best known now as the basis for bitcoin, a type of digital currency that can be sent directly from user to user anonymously, or without a middleman like a bank.

So, why is blockchain so important, why is all the attention on blockchain technology, and why now? A few of our leading innovation, disruption, and emerging technology experts weigh in:

Blockchain Will Increase Efficiency & Decrease Cost
Tom Wheeler, the former chairman of the Federal Communication Commission (FCC) and serial entrepreneur, led the FCC, the nation’s primary authority for communications law, regulation, and technological innovation, during a period of rapid tech advancement, which lasted from 2013 to 2017. A revered executive with four decades experience leading telecom innovation was called the “Bo Jackson of telecom” by former President Barack Obama. In keynote talks, Tom discusses harnessing technology change to create advantages. Drawing on historical anecdotes, modern behavioral trends, and even physics, he breaks down how new destabilizing forces including the Internet of Things (IOT) , blockchain, and artificial intelligence (AI) will play out and how businesses can harness these new technology changes to create advantages and ultimately get ahead. Tom believes that new technologies make the choice for businesses clear: Disrupt or be disrupted. Blockchain’s crucial benefit to businesses, Wheeler argues, is in it’s free validation of users, enabling money to be distrusted across networks and de-centralized.

Whatever Happens Next, Blockchain Will Be A Part Of It
“My sentiment and attention to the blockchain keeps amping up, because this is how I felt when the first web browser was available,” writes Mitch Joel, one of the world's leading technology and innovation experts and a best-selling author. Joel believes that in the same as way the Internet changed the ways we communicate, shop, learn, and play, blockchain will also redefine our lives.

Blockchain Has Human Implications
Neil Jacobstein is the Chair of the Artificial Intelligence and Robotics Track at Singularity University. Neil believes that for all of the benefits technologies including blockchain will bring, it’s also likely to disrupt entire industries and turn job descriptions as they read now on their head.

Blockchain Is Creating New Industries
Some future trends experts think blockchain will be the technology that leads to the next Google or Facebook. Greg Williams, editor-in-chief of Wired magazine, wrote this insightful piece about a 36-year-old Harvard graduate who has become a one-man hedge fund. Technologies like bitcoin and blockchain will certainly speed the trend.

Blockchain Is One Piece Of The Disruptive Equation
Mike Steep is Executive Director of the Stanford Global Projects Center's Digital Cities Program. In a recent Q&A presentation on "Everything You Wanted to Know About Bitcoin and Blockchain but Were Afraid to Ask," he talked about how blockchain is just one aspect of advancing financial models, but could single-handedly replace Wall Street attorneys. He also noted it could be a tool used by bad actors if not used appropriately.

Blockchain As The Operating System For The Future: How Emergent Technologies Become Exponential

Samantha Radocchia is the co-founder of Chronicled, Inc., which leverages blockchain and the Internet of Things (IoT) technologies to deliver smart supply chain solutions. Named to the 2017 Forbes magazine “30 Under 30” list in the category of Enterprise Technology, Radocchia has an entrepreneurial background that spans several technology companies. She became interested in blockchain as a mechanism to facilitate trusted interoperability, a challenge she sought to overcome leading her first two companies. Samantha is an outspoken voice on the ways blockchain will continue to impact businesses and has spoken about this on television and as a contributor on blockchain issues to Forbes

While the future of blockchain remains to be seen, it’s likely that its effects will begin to be felt in as few as five years, so organizations across all industries and business sectors must proactively leverage new emerging technologies in order to create a competitive advantage and thrive in their industry marketplace as we move into the future.

Stay Ahead Of Change: Book a Blockchain Speaker

Want to stay ahead of the change? Contact us to book one of these great Blockchain experts to speak at your next event or meeting.

You can also fill out the form below, email us, live chat with a member of our team online, or call us at 1-800-SPEAKER right now to get in touch with our team.