The Circuit: Balance For Better 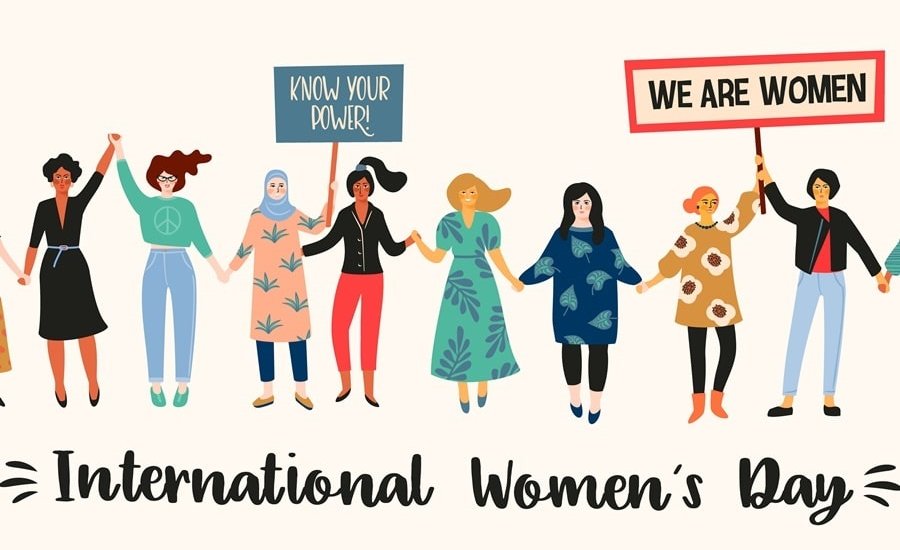 In celebration of International Women’s Day (today!), this issue of The Circuit features stories from five amazing women. (By the way, we have WAY more than five on our roster!) The International Women’s Day 2019 theme is #BalanceforBetter–pushing for more female representation at the top. From leadership and business to technology and science, big topics in 2019 are being addressed by a lot of accomplished and exciting women. Check out these stories and let us know if you want to see more.

Kicking off Women’s History Month earlier this week, Army Maj. Lisa Jaster addressed a group about her experience becoming the first female Army reservist complete the Army’s Ranger School. Explaining why she wanted to break this barrier, Jaster said, “I’m a leader, but I’m not allowed to even try to go to the Army’s premier leadership school. I don’t understand that.” She went on to call for societal change using her “Delete the Adjective” campaign. It calls for us to stop using qualifiers like “Strong for a woman,” or “Smart for my age.”

Two incredibly smart scientists, who happen to be exclusive LAI speakers, will be featured at SXSW next week. Take a look:

The Chief Scientist at Dolby Laboratories, Dr. Poppy Crum, is offering a talk called “Empathetic Technology and the End of The Poker Face,” where she will be exploring how we can evolve human capacity with AI and the potential upsides and consequences.

The ever-inspiring Sony booth is also hosting talks in Austin next week, one of which will feature MIT Media Lab Specialist Dr. Kate Darling. She will be discussing the intersection of humanity and robots in a session titled: “Is it Silly to Care About a Robot?”

THE NAME, CHANGING THE GAME

Co-founder of BOOMCHICKAPOP and new LAI exclusive speaker Angie Bastian recently shared her story of disrupting the popcorn market. Originally named “Angie’s Popcorn,” her snack was the only woman-led brand represented on the “popcorn shelf.” Seeing this gap in the market, and being annoyed by the way other brands spoke to women, she ultimately decided to rebrand to BOOMCHICKAPOP and to target female shoppers specifically. She redesigned her packaging, using bright colors, and hired a copywriter to create messaging that spoke directly to the consumer. “We wanted it to be a dimensional product, and speak more than just it’s appearance—just like women,” she said, “Smart, and witty, and delicious, and beautiful, all in the same moment.” Her instincts paid off, her product sales grew exponentially, and soon, other brands began following suit.

EMPOWERING THE NEXT GENERATION

The former president of the Washington Wizards and Washington Sports and Entertainment, Susan O’Malley, is now leading a new internship program for female students at the University of South Carolina. “In what remains a male-dominated field, when all things are equal, many organizations may be more likely to hire John over Jane,” she explained. “I want to help women break through those barriers.” After becoming the first female president of a professional sports franchise at age 29, O’Malley went on to lead the sports and entertainment group. Now she is sharing years of executive and real-world experience to help others follow in her footsteps.