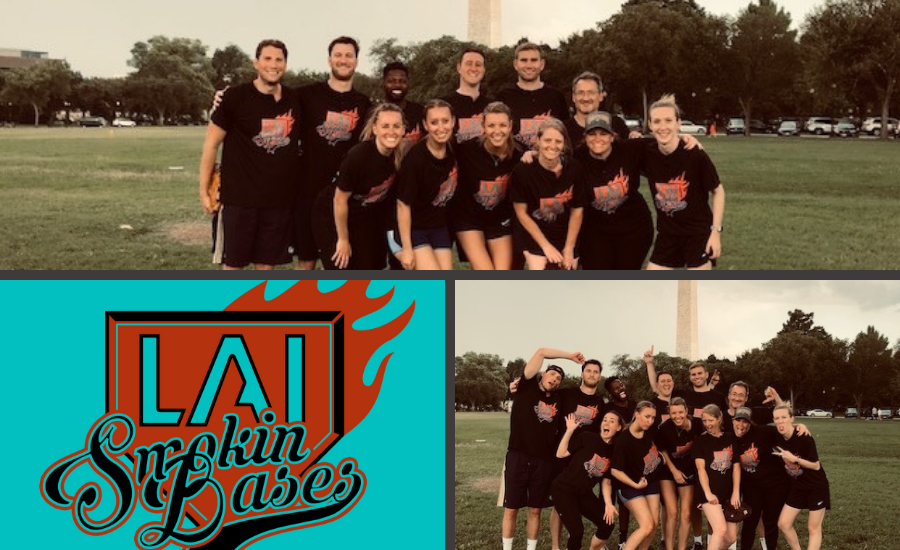 Another week – another softball win for team LAI. We’re flying high and feeling good. If any of you, in the DC area, want to pit your team against mine (seen above) – I’ll take a friendly wager! Drop me a note.

Flying high in other news (actual news), I thought I’d share a full week’s worth of non-political, non-scary, non-depressing stories! I’ve got a “a 21st century solution to a last mile problem,” a mystery hunter, a twist on finding the meaning in your life, and… the secret to happiness?

The mysterious disappearance of the famed aviator Amelia Earhart may finally reach a conclusion, now that Bob Ballard is on the case! The deep-sea explorer who discovered the Titanic at the bottom of the ocean just announced his mission to find out what happened to Earhart after she went MIA. His project will be part of a 2-hour special called “Expedition Amelia,” that will premiere on National Geographic on October 20th.

THE SECRET(S) TO HAPPINESS

Happiness is a five-part goal—according to former Navy SEAL Kristin Beck. In a video with Navy Times, she gives advice and tells stories of how she found happiness despite years of struggle and ridicule. One of her insights: live in the moment. See what other mantras Kristin follows in her video here.

Want an insider’s perspective on the most notable events that have changed the way we view our world? Check out “60 Minutes” correspondent Scott Pelley’s latest book Truth Worth Telling and follow along as he witnesses the Twin Towers collapse on 9/11, rushes alongside American troops in Afghanistan, and shares private conversations with presidents. Taking on Scott’s signature behind-the-scenes perspective, his book searches for truth and meaning in the stories of our times.​​​​​​​