CNN Analysts On Trump Vs. Hillary 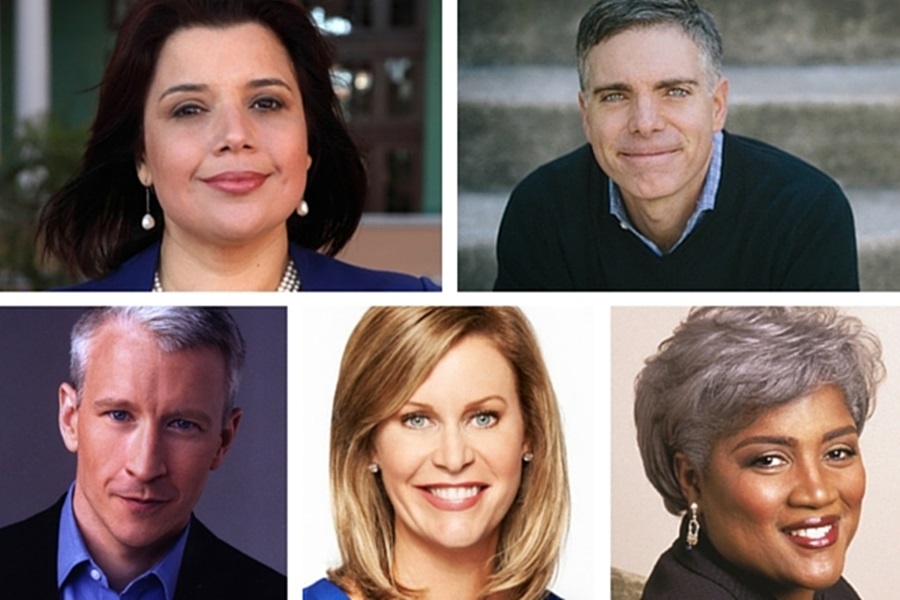 What happens to the GOP if Trump reaches 1,237 delegates? Will young voters still turn out if Clinton edges out Bernie as the Democratic nominee? How will this election impact America’s place in the world?

Take a look at five of our top CNN pundits and analysts who tackle these questions and more during their hugely popular talks below.

5 CNN Analysts On Trump Vs. Hillary

Ana Navarro is a political strategist, analyst for CNN, and contributor to ABC's The View. Counting Jeb Bush and Marco Rubio as close friends, the larger-than-life political insider is in a particularly unique position to comment on the 2016 race and the ever important Hispanic voter bloc.

Anderson Cooper is the Emmy-Award Winning host of CNN’s Anderson Cooper 360°, a position he’s held since 2003. Known for his wide-ranging news coverage, he has anchored almost all of CNN’s breaking news stories for over a decade.

Stephanie Cutter is a CNN political commentator and the former deputy campaign manager for President Obama. Called “one of the most prominent voices in the Democratic party” by POLITICO, she takes audiences into campaign strategy meetings to underscore what it really takes to win an election.

Donna Brazile is a CNN contributor and Vice Chair for Civil Engagement and Voter Participation at the DNC. Described by The New York Times as a “hard to ignore” political fixture whose “opinions are as fiery as Tabasco,” Brazile is a lively home-run for political events.

Matt Lewis is a CNN political commentator and senior contributor to Daily Caller. Named one of the “50 Best Conservative Columnists” by RightWingNews, Matt’s talks touch on the hottest issues of the day including what sort of presidency potential nominees will actually run and whether or not the delegate process needs reform.

For a full list of the CNN political pundits, analysts, and former anchors that we represent for speaking engagements, click here. And explore more of our talented political speakers—including their experience, speaking topics, and accomplishments.

If you’re interested in learning more about these analysts or want to check out any of these speaker's availability and speaking fees for an upcoming speaking engagement, let us know!