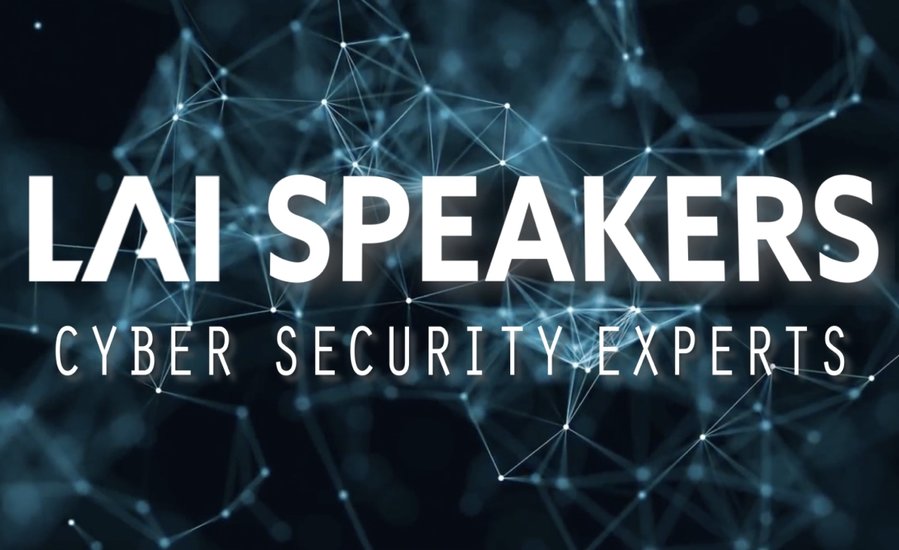 As our technology continues to exponentially change, questions about cyber security and the safety of our political, corporate, and economic institutions are front and center as a critical topic.

General John Allen is one of the nation’s most legendary military leaders. His commanding presence has audiences holding their breath as they hear his first-hand accounts of combating what the FBI called the “danger it worries about all day long.” Drawing on these powerful stories, Allen shares insights about our cyber security challenges and details how they will likely play out on the geopolitical stage.

Joel is the former Head of National Counterintelligence for the Director of National Intelligence. In a tailored presentation, he discusses internet security and provides insight and practical strategies for businesses.

Jim Clapper was America’s most senior intelligence official between 2010 and 2017, providing President Obama’s daily morning brief and holding one of the broadest portfolios in the entire government. Since leaving office, Clapper has quickly become one of our most popular speakers on cyber security. A recent client wrote that Clapper’s presentation kept their audience “completely engaged the entire time,” as he offered a privileged look inside the U.S. intelligence community’s biggest pain points, all told with his signature straight-shooting professionalism and sarcasm.

Former CISO at Twitter and Former Head of Security at Mozilla

Michael Coates was previously the Chief Information Security Officer (CISO) at Twitter where is organization worked to protect users, systems, and data for nearly 300 million users. Prior to Twitter, Michael was the Director of Product Security at Shape Security. In this role, Michael worked with a specialized team to drastically change the way organizations defend their applications against modern application attacks. Prior to that, Michael was head of security for Mozilla where he built and lead the security assurance program to protect nearly half a billion Firefox users, Mozilla web applications, and infrastructure. Before building and leading security programs, Michael assessed, compromised, and secured applications and networks for some of the largest banks, governments, and enterprises around the world.

Former Director of the CIA & NSA

General Hayden is the former Director of the CIA and NSA, and formerly the highest-ranking military intelligence officer in the country. Known for his candor and wit, he gives audiences the ultimate insider’s view into the cyber security challenges shaping our future.

Andrew McCabe spent 22 years at the FBI battling everything from organized crime to terrorism and cyber threats. He oversaw high-profile investigations including the Boston Marathon Bombing before being elevated to Deputy Director of the FBI in 2016. The author of recent book The Threat: How the FBI Protects American in the Age of Terror and Trump, McCabe offers audiences a look into his career, his thoughts on the state of our democracy, and clear advice for battling the growing and changing face of national security and cyber security. He offers a high-level overview of “The Threat” as it occurs in the world today. Whether sharing anecdotes about his time in the field or highlighting the ways the cyber and terror threats have shifted and morphed since the early 2000's, McCabe keeps audiences on the edge of their seats as he skillfully ticks through the scenarios that keep the intelligence community on alert.

Former Deputy and Acting Director of the CIA

In an age where the intelligence community has never been more important to national security, former CIA Acting Director Morell offers audiences a debrief on the current state of our intelligence capabilities as well as how cyber fits into our relationships with Russia, China, Iran, and North Korea and the role of cyber operations in war.

Admiral Michael Rogers is one of the most-knowledgeable cyber security experts on the lecture circuit today. Rogers served under both Presidents Trump and Obama and oversaw the NSA, from 2014 to 2018, and Cyber Command responses to both the Snowden leaks and Russian interference in the 2016 US Presidential election. He helps groups answer questions like, “What do we need to do to evolve and protect our assets?” and “What will the future look like and how will that change affect my business?”

Alex Stamos is a cyber security expert, business leader and entrepreneur whose career has focused on improving the security and safety of the Internet. The former Chief Security Officer of Facebook and the former Chief Information Security Officer at Yahoo, he is currently an Adjunct Professor at Stanford University, where his teaching and research focuses on international security and cooperation. During his time at Facebook, Stamos led a threat intelligence team of engineers, researchers, investigators, and analysts charged with understanding and mitigating information security risks to the company and safety risks to the 2.5 billion people on Facebook, Instagram, and WhatsApp. The New York Times called Stamos “a celebrated figure in privacy and security circles,” and Tech Crunch said he is “widely regarded as one of the smartest people working in the security space.

Chris Tarbell is one of the most successful cyber security law enforcement officials of all time. Over a 17-year-long FBI career, he led the tracking and arrest of two of the most infamous figures in cyber space: Sabu, who was at one point the most influential hacker in the world, and Dread Pirate Roberts, who was later convicted for his involvement with Silk Road. His hair-raising stories detail the nine months he spent living and working undercover with the world’s most notorious hackers plus what organizations need to know to protect themselves.

Williams is the Editor-in-Chief of Wired magazine, giving him a front-row seat to the technology advances making our digital lives safer—or more vulnerable. He explains why every business is in the “software business,” and why this will grow in importance as new technologies emerge.

When people want to understand the vulnerabilities of our increasingly digital world, and how to protect their privacy within it, they turn to Bruce Schneier. Dubbed a “security guru” by The Economist, Schneier is an internationally renowned security technologist and best-selling author of over a dozen books – including his latest, Click Here to Kill Everybody, exploring the risks and implications of our new, hyper-connected era. He works at the intersection of security, technology, and people, and has penned hundreds of articles, essays, and academic papers on these topics.

Jenny Radcliffe—aka “The People Hacker”—is a force to be reckoned with. She can diffuse a crisis situation, talk her way into a secure building, and spot a psychopath at a hundred paces. She has been called a mind reader and a “human lie detector,” and likened to a Jedi Knight. In reality, she is an expert in social engineering (the human element of security), negotiation, persuasion and influence, and non-verbal communication, and deception—using her skills to help clients ranging from global corporations and law enforcement organisations to poker players, politicians, and the security industry. Radcliffe is an impactful speaker who uses a combination of anecdotes, science, and humour to share lessons that help executives better read people and understand social clues, use subtle tactics to persuade others during negotiations, open up avenues of conversation that were formerly shut, and understand and protect against their own vulnerabilities.

Would any of these cyber security keynote speakers be a good fit for your an upcoming event? Simply contact our team to get started today!

If you want to check any of these individual's speaking fees and availability or want to book one of these speakers for your next event, reach out to us.

Not finding what you were looking for? Tell us about your event and we can send you a customized list of speaker recommendations tailored specifically for your event's topic, theme, and audience. Request a custom speaker list.

To get in touch with us right now, you can also fill out the form below, email us at Contact@lauthorities.com, live chat with a member of our team online, or call us at 1-800-SPEAKER.