Female Military Leaders & Legends For Your Next Event 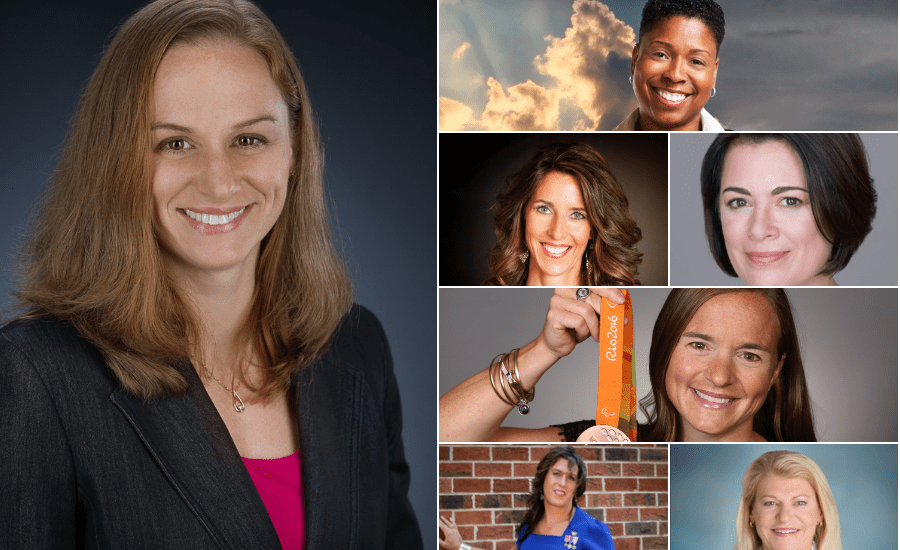 At Leading Authorities, we are often asked for new speakers who can inspire leadership and bring an extensive military background to an event. Increasingly there is more interest from clients to hear from female military figures who have risen above their pears while breaking down barriers for future generations of women looking to serve their country.

Our team has compiled a comprehensive list of our top-booked female speakers who have served in the military. These incredible speakers are all talented veterans of the US Military and other branches, and they cover a wide variety of popular meeting topics from leadership, decision making, team building, overcoming adversity, and more. They all share inspirational stories from their personal experience on the battlefield, motivational and moving messages, and memorable presentations that are perfect for audiences of all shapes and sizes.

If you are looking for a fierce female speaker with a dynamic, leadership-focused presentation, here is a list of fantastic options to consider for your next event or meeting.

Keep reading to learn more about each of these incredible female military icons and click on the links below to navigate to each of their individual speaker profile pages and find out more about their military experience, accomplishments and rewards, areas of focus, and their speaking topics.

Described by Dr. Brené Brown as one of her “leadership heroes and a total badass,” U.S. Air Force retired Colonel, DeDe Halfhill is a proven leader and communications executive who draws on her 25-year accomplished military career to provide a transparent, real-world perspective on the power of embracing humanness and vulnerability in leadership.  |  Find out more about DeDe.

Kristin Beck is a retired US Navy SEAL who has dedicated her life to civil rights and social activism. With seven special forces combat deployments as a member of various Navy anti-terrorism units she is an accomplished veteran. Her career in the special forces as a Navy Seal earned her more than 50 medals and ribbons, including the Bronze Star of Valor and the Purple Heart. In 2009, she was selected as an advisor to SOCOM’s Science Director where she briefed SOF technology to the state department and White House. Her numerous accomplishments ultimately earned her the NDIA Special Operations Award in 2010. She now operates as a guiding force in the LGBT community and has even entered the political arena. She released a documentary called Lady Valor: The Kristin Beck Story, in 2014. She is a key voice for women and LGBT community with her decorated military experience and expertise. She is a true leader and continues to use her story to motivate others.  |  Find out more about Kristin.

Lisa Jaster is a prime example of the power of persistence. At age 37, she left a highly successful career in engineering working at Shell Oil to pursue becoming an Army Ranger. Embarking on one of the military's most grueling programs and putting herself through intense training gives her unique perspective on the meaning of dedication. After numerous setbacks she finally received the distinction of Army Ranger and engaged in a seven-year active duty career that saw tours in Iraq and Afghanistan. Best embodied by her saying “there is no quitting” Lisa is a true testament to how far commitment can take you.  |  Find out more about Lisa.

General Ann Dunwoody led the US Army Material Command and is our nation’s first female four-star general. She is widely renown as one of the military’s most talented logistical experts and has been a leader and trail blazer at each step in her career. She became the first woman to lead a battalion, has overseen budgets of $60 billion, led over 60,000 Army employees across 145 countries, managed the entire Army supply chain in Iraq and Afghanistan, and became the Army’s first female named General Officer of Fort Bragg. She was awarded her fourth star in 2008 and then she wrote the book, A Higher Standard: Leadership Strategies from America’s First Female Four Star General. Dunwoody is an expert in leadership, management, communications, and logistics. She has broken down barriers and continues to inspire others with her amazing story.   |   Find out more about General Dunwoody.

Colonel Nicole Malachowski an unmistakable leader for women in the armed services and continues to inspire people with her journey. She became the first woman pilot on the Thunderbirds Air Demonstration Squadron and has been inducted into the Women in Aviation International Pioneer Hall of Fame after an illustrious 21-year career. She is an Air Force Veteran and Air Force Academy graduate who has flown F-15 fighter jets into combat. With over 2,000 hours logged, 188 of which in combat, she is a distinguished leader in aviation. Her vision and accomplishments ultimately led her from the cockpit to the White House where she worked on a number of issues including mental health, employment, and veteran homelessness. Her journey was not without setbacks as she has battled a neurological tick-born illness for years and continues to educate people on the issue. She is an exciting speaker who brings energy and tremendous insight on leadership.  |   Find out more about Col. Malachowski.

Vernice "FlyGirl" Armour went from a cop to a combat pilot in three years, the first African American woman to earn that title. Her astonishing story has earned recognition across mainstream media platforms and inspired her book, Zero to Breakthrough: The 7 Step Battle-Tested Method for Accomplishing Goals that Matter. She has served as a diversity liaison to the Pentagon, and as a member of the Comcast/ NBC Universal Joint Diversity Council. As the US Marine Corps first African American female pilot she has earned two honorary doctorates, and multiple awards as a pioneer for women everywhere. Her amazing story and rapid rise are unheard of and have provided inspiration and guidance to leaders across numerous industries. Her distinctions and extensive resume provide any organization a tremendous authority from the female military community.  |  Find out more about Vernice Armour.

At first glance Melissa Stockwell may appear to be the quintessential Mid-Western All-American girl, but she is far more. Melissa is a decorated combat veteran and American war hero who has triumphed over personal tragedy to achieve greatness, world champion status, and she has dedicated her life to chasing remarkable accomplishments while giving back to others, particularly those who face challenges similar to her own. Melissa is truly specialist in embracing adversity to create meaningful change. Upon graduating from college, Melissa was deployed to Iraq as a Second Lieutenant in the US Army. Shortly after arriving a roadside bomb caused the loss of her left leg, and she was medically retired from the Army. Following her retirement, she experienced numerous infections and complications from surgery’s repairing her wounded leg. However, these setbacks would not slow down Melissa. She received the Bronze Star Medal and the Purple Heart and was the first woman to lose a limb in active combat in Iraq. With her military service behind her she turned to sports where she competed in the 2008 and 2016 Paralympic Games in Beijing and Rio De Janeiro as a swimmer where she was able to take home a Bronze medal in 2016. In addition to the Paralympics, she competed in Paratriathlon’s where she was a three-time World Champion. Her story is one of overcoming obstacles, and always pushing yourself farther than you think you can go. She met each challenge with a burning drive to succeed and kept finding new ways to push herself past boundaries. In keynote talks, she Inspires her audiences to embrace change and find motivation in adversity while sharing her remarkable journey of leadership, perseverance, gratitude and competitive success.  |  Find out more about Melissa Stockwell.

Carey Lohrenz made a name for herself becoming the first female Naval Academy Graduate to fly the F-14 fighter jet. In a male dominated profession, she went the extra mile to stand out and achieve her goals. She has taken her experience as a combat-ready Navy Pilot flying one of the most complex aircrafts in the military into her career as a dynamic voice in consulting. She is a recognized as an expert in delivering powerful advice to businesses regarding change, execution, evolving customer needs, performing under pressure, and developing a culture of learning. Her keynote addresses are uniquely shaped around each client, and her unique background aids success across industries. Her career as a female fighter pilot helps explain how diversity can shape a bright future for any company. She is a successful author and has spoken in front of some of the top Fortune 100 companies. She has taken the fearlessness and tenacity that made her successful in the cockpit and used it to influence other leaders as a professional. Carey Lohrenz can kick off your conference as a keynote speaker, a business motivational speaker, and a female military speaker.  |   Find out more about Carey Lohrenz here.

Want more? Check out our full list of female speakers here to see more of the female voices we represent and find out about each of their unique experiences and numerous accomplishments, hear their interesting and inspiring stories, and read about their speaking topics.

BOOK A FEMALE MILITARY SPEAKER FOR YOUR NEXT EVENT

If you're interested in booking one of these legendary female military leaders to speak at your next event or meeting, please reach out to us to get started today!