Major Media Personalities For Your Next Event 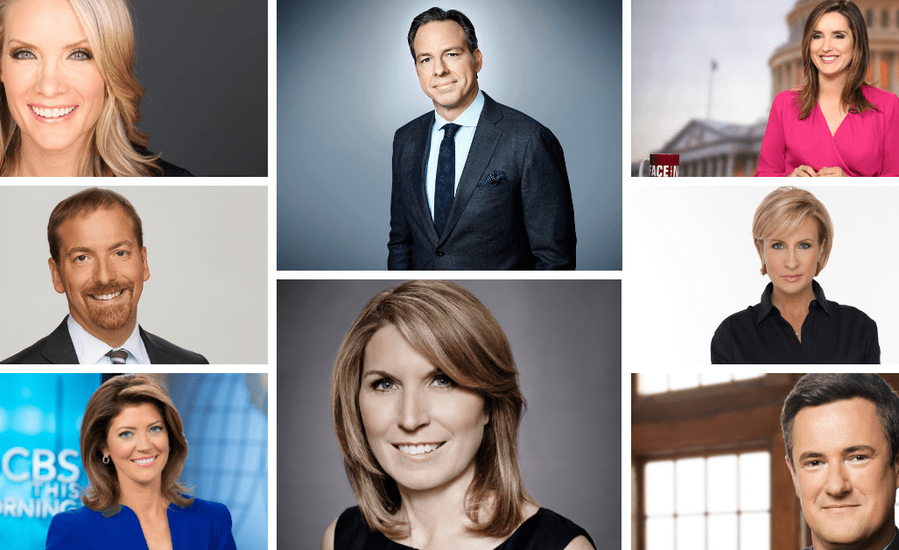 Are you looking for a name-draw political speaker for your next event? We represent several major media personalities who talk about the news of the day and share stories from their time interviewing the big players in Washington, DC. Check them out in more detail below!

Keep reading to learn more about each of these media personalities and click on the links below to browse through each of their individual speaker pages for even more information about their accomplishments and speaking topics.

Before joining Fox News Channel, Perino served as the first Republican woman to be press secretary of the United States. Today, she is a revered political commentator and journalist known for formerly hosting her own program on Fox called The Daily Briefing with Dana Perino, as well as being nicknamed “The Voice of Reason” on the hit Fox News show, The Five, where she joins a panel of four other co-hosts to discuss the breaking news of the day and the latest stories capturing the attention of the nation. She is now the co-host of Fox's America's Newsroom.

Called a “tough, savvy, and hard-charging conservative political operator” by The New York Times, Wallace is currently host of Deadline: White House on MSNBC and a regular contributor to Today. She is a master storyteller as she looks at the latest in politics and the media and offers audiences the rundown on today’s biggest players and issues.

Co-host of CBS This Morning

As co-host of CBS This Morning, Norah breaks down the big news of the day and interviews some of the biggest names in politics, entertainment, and sports. She’s also the former NBC Chief Washington Correspondent and the former anchor for Weekend Today.

Host of CNN’s The Lead with Jake Tapper and State of the Union, & CNN Chief Washington Correspondent

One of CNN’s most-acclaimed correspondents and anchors, Jake is well-known for his coverage of politics and the American presidency. He offers up-to-the-minute, no-spin analysis that entertains audiences and gets them thinking.

Margaret Brennan has reported on politics, international affairs, and global markets for nearly two decades. The moderator of CBS News’ Face the Nation, she is one of the most visible faces in political news today and only the second-ever female host of the 63-year-old program. Brennan aims to cover issues in a bipartisan way and offers fascinating anecdotes from her weekly interviews with the biggest faces in politics today.

BOOK A POLITICAL SPEAKER FOR YOUR NEXT EVENT

Are you interested in bringing one of our these top political speakers with incredible credentials to your next event stage? Looking for someone to get your team excited for a big undertaking at one of your upcoming meetings? Please let us know!

To get in touch with us, you can also fill out the form below, live chat with a member of our team online, email us at Contact@lauthorities.com, or call us at 1-800-SPEAKER.