Navy SEAL Blockbusters and the Man Behind Them 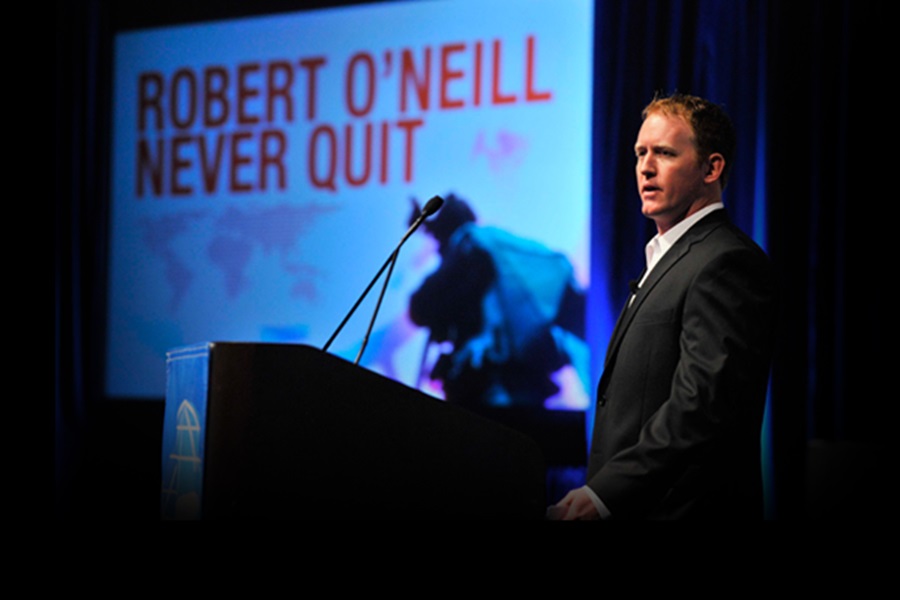 Two blockbuster movies about huge news stories from the last few years are hitting theaters - Captain Phillips, which was released in October, and Lone Survivor, which will come out in January. Leading Authorities is proud to represent a talented speaker who has connections to both of these stories. For eight years, Robert O’Neill served as a member of SEAL Team Six. He left the Navy after completing more than 400 combat, search and rescue, and other highly classified missions. Most of the missions he was involved in remain classified, but that is not the case with the two missions due to become hit movies.

America remembers well the story of Captain Richard Phillips and the Maersk Alabama being hijacked and held hostage by Somali pirates. Rob was the lead jumper on that mission and a member of the team that rescued the man whose remarkable story Captain Phillips follows.

Another movie about a fellow SEAL is Lone Survivor, the story of Marcus Luttrell, the only survivor of a failed SEAL Delivery Vehicle Team One (SDVT-1) mission to capture a notorious Taliban leader. Rob was a member of the team that ultimately rescued Marcus in Afghanistan.

In his speeches, Rob shares the stories of his amazing career in the SEAL Teams. His message, “Never Quit: A life built on successful missions” gives audiences a chance to further appreciate the men and women serving our country. It underscores the basic themes all of us need to apply in our lives to achieve success, no matter what the mission, and takes audiences on hair-raising rides with true-life stories and glimpses in to the story of one of our country’s most decorated warriors. Watch a preview of his speech below. If you are interested in learning more about Rob O’Neill or booking him for an event, call 1-800-SPEAKER or fill out our form below.