A Navy SEAL’s Lessons in Teamwork and Leadership 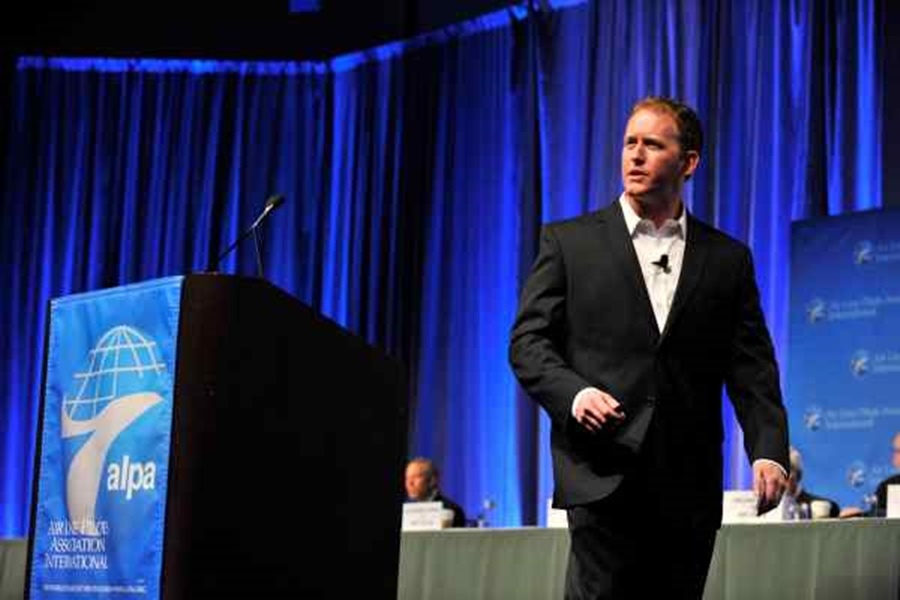 Retired generals and admirals have traditionally been the ones to deliver the leadership lessons learned in the military to the private business sector. However, a vast majority of these decorated and successful heroes’ leadership experience comes from Tactical Operations Centers and the bridges of ships hundreds of miles from an actual battlefield. That experience in managing and maneuvering armies, vehicles, aircraft, and ships can impart a more organizational than action-oriented message. I offer a different perspective.

My experience comes from being an operator and team leader for the legendary SEAL Team Six, where we made life-or-death decisions in the blink of an eye. My message and the style with which I deliver are hands-on. As a “Tier-One Shooter,” my beliefs about efficient and effective leadership were forged in close quarters where quick thinking was required as we confronted our nation’s deadliest enemies. This tried-and-true leadership formula includes trust, teamwork, inspiration, respect, preparation, and flexibility.

Sneaking into al Qaeda safe houses in the middle of the night where there could have been suicide bombers and barricaded fighters (and there often were), each man in my team was required to rely on one another and our training to ensure mission success - every time. It goes without saying that at this level, trust among teammates is absolutely paramount.

But you can’t have trust without a sense of brotherhood and coinciding faith in the men you call your team. The unique style of leadership that my team and I cultivated through our mutual experience—and found effective for team-building—is based on one overarching idea that some call “The Golden Rule.” The way I like to paraphrase that rule is: “Talk to everyone as if your mother is standing next to you.”

There are many advantages to being genuinely liked by your people, and adhering to the Golden Rule makes that possible. Morale is the bedrock of success. People will work hard if they are united through their belief in a common goal. They will work harder if they are happy while doing it. I have never believed that people perform at their highest level when they are ordered to; but they will if they are inspired.

The best leaders that I had in my 16-year career taught me the same guiding principle that I still use today: nobody works for me, they work with me. Give sincere compliments for normal work. Be honest. Do not tell your superior what he or she wants to hear simply because it may result in a better reaction. In environments when a person’s life is on the line, that unconditional respect and support allows trust to travel up and down the chain of command more easily.

During mission planning, it is important to avoid getting fixated on the perfect plan—this will only stall. I call this the “paralysis through analysis” effect. The only time a perfect plan exists is in the planning room. In application, nothing ever goes so seamlessly. I was always surprised when Murphy didn’t show up. Instead of relying on a single course of action, a team needs to be prepared for anything and everything. Preparation only comes from training, repetition, and effective communication. Once more, that’s training, repetition, and effective communication. Complacency kills; this is written in blood.

Another fatal error: doing something a certain way just because “That’s the way we’ve always done it.” The smartest leaders (and people) I know are flexible. Just because something is working today, doesn’t mean it will produce the same results next week. Always be flexible as you look forward with awareness to what the case may be at “the next ridgeline.”

Finally, stress is a choice. It’s like a bag of bricks you are carrying. Put it down.

The skills and qualities I have are battle-tested. My team and I have applied them successfully in combat and, more importantly, fine-tuned them with extensive training and preparation. It is only because we lived a life of teamwork based on trust, friendship, and brotherhood that we crushed our enemies and maintained an impeccable track record. In over 400 combat missions in the world’s most dangerous theaters, not a single man in my team was ever hurt.

To check Robert O’Neill’s availability and fees, fill out the form below.

Robert O’Neill, one of LAI’s most popular speakers, served as an operator and team leader with the legendary Navy SEAL Team Six. He was the man in the shadows performing the most difficult tasks in the most extreme circumstances, and over the course of 400 combat missions, he learned the ingredients to a successful mission. He shares these lessons through moving stories drawn from headline-stealing conflicts. O’Neill’s adrenaline-pumping presentations consistently get rave reviews. 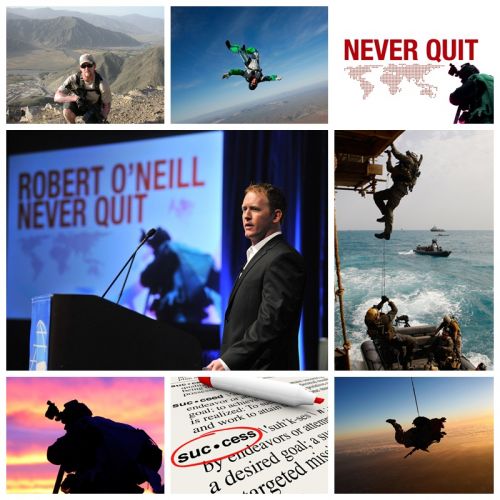