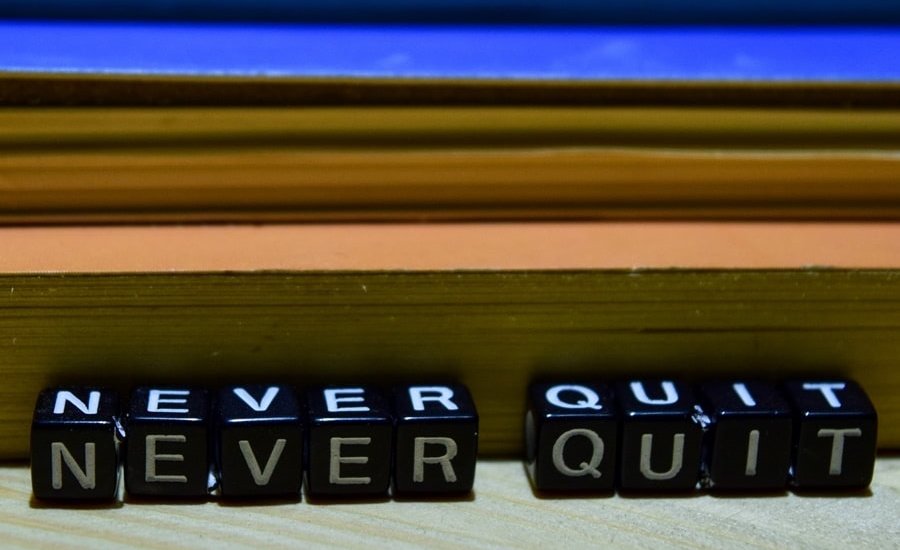 Do you have a group trying to push a new initiative or make a big change? If your organization is facing an uphill climb next year, or a new operating environment, we have great speakers with amazing “never quit” motivational messages.

These former military leaders are fantastic source to inspire your audience with tales of heroic deeds and life changing, split-second decisions.

Read more about these "never quit" leaders below:

One of the most popular speakers on the circuit, this former US Navy SEAL continues to receive rave reviews. In fact, one client said, “I’ve been doing this for 20 years and Rob is the best public speaker I’ve ever seen. Ever!” With his captivating storytelling and motivating messages, as well as his humor and charisma, this comes as no surprise. Rob is the author of the New York Times best-selling book, The Operator: Firing the Shots that Killed Osama bin Laden and My Years as a SEAL Team Six Warrior. His mottos of—“Never quit,” “Complacency kills,” and “Don’t let your fears give way to panic” — resonate with any audience facing a big goal or a desire to be better.

US Army Ranger and Leadership and Peak Performance Expert

Lisa Jaster is America’s first ever female Army Reserve Ranger. Called a “unicorn” by the Washington Post, she graduated Ranger School at the age of 37, while the average trainee age is just 23. Throughout Ranger training, which has often been referred to as one of the most rigorous training programs in the world, Jaster often had to “recycle” through certain training programs. She lives by the motto, “There is no quitting,” and refused to give up. Jaster inspires audiences with her incredible stories of perseverance despite all odds.

Sgt. Charles Linville became the first combat-wounded veteran to summit Mount Everest after a three year journey of intensive training and unwavering determination. Linville was injured in 2011 while serving as a bomb technician during his second tour in Afghanistan. Linville shares the secrets behind his relentless determination to achieve what others say cannot be done, including slowly chipping away at an enormous goal and pushing past limitations.

Nicole is a 21-year-veteran of the US Air Force who became the nation’s first-ever female Thunderbird pilot. Nicole shares her personal story of journeying from Air Force Academy Cadet to Fighter Squadron Commander, Thunderbird pilot, and ultimately White House adviser. She talks about how she fought back against self-doubt and what was going through her mind as she made the decision to apply for a program that no woman had ever successfully joined. Emotional and incredibly moving, Nicole will have your audience cheering, laughing, crying, and working that much harder when they get back to their desks.

Rear Admiral Scott Moore served in every leadership position in the SEAL teams, including the former commander of the Naval Special Warfare Development Group, and closed out his career as the number two leader in the entire SEAL organization. He shares incredible stories of missions (including how a SEAL team saved a hostage in the Horn of Africa against all odds) and hammers home that SEALs do the impossible by tapping into the three keys of no-fail teams: strong leadership, demonstrated trust, and dedication to peak performance.

Medal of Honor Recipient & Author of New York Times Best-Seller, Into the Fire

In September 2009, three US Marines, a US Navy corpsman, and Afghan soldiers went missing in Afghanistan after being ambushed by 50 insurgents. Defying orders, Meyer went into the “killing zone” to help. Through five successive missions over the course of six hours, he helped save the lives of many American and Afghan troops. In his incredible presentation, he shares the story of that fateful day and explains how he found the courage, self-belief, and motivation to keep going.

To learn more about any of these speakers, or to check on any of their availability and speaking fees for an upcoming event or meeting, contact our team today.

Looking for something else? Want to see more speaker options? If you are looking to book a keynote speaker who covers a specific topic or you want to see different types of speakers in consideration for one of your upcoming events, meetings, or conventions, we can help. Please reach out to our team now and we can provide custom ideas and recommendations tailored specifically for you—for free! Simply share some details about what you are looking for and how we can help. Request your own customized assistance.