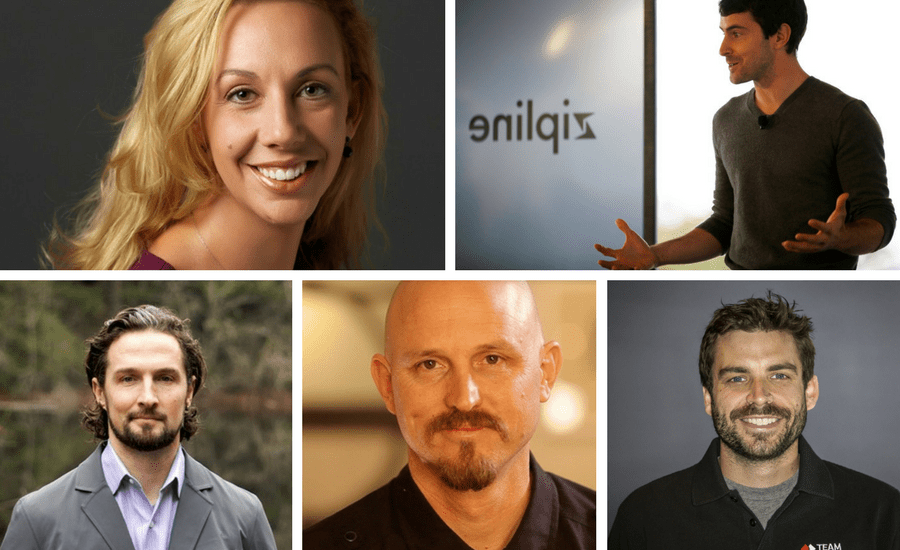 More and more leaders are finding themselves asking, “Why does our company exist besides just making a profit?”

We represent several speakers who are new to the circuit and offer moving, thought-provoking, and rousing speeches on the intersection of purpose, culture, and leadership:

Elizabeth Gore, Entrepreneur-in-Residence at Dell & Founder of Hello Alice
In addition to serving as EIR at Dell, where she’s responsible for helping the company pull new ideas out of an engaged workforce, Elizabeth also recently founded Hello Alice, an AI-based resource for female entrepreneurs. In talks, Gore breaks down the importance of empowering your coworkers to solve problems, and fostering an inclusive culture that’s receptive to ideas, wherever they may come from.

Matthew “Griff” Griffin, Co-founder & CEO of Combat Flip Flops & Former Army Ranger
Matthew is a former member of the elite Army Special Operation Forces and the co-founder and CEO of Combat Flip Flops. Known for his moving TEDx talk and his successful appearance on Shark Tank—where he secured a deal with three sharks including Mark Cuban—he talks about why running a purpose-driven business is “harder and takes longer” but ultimately worth it because of the people they attract and the amount of good they are able to do.

Mick Ebeling, CEO of Not Impossible Labs
A two-time winner of the South by Southwest Innovation Award, one of Wired magazine’s “Agents of Change,” and a recipient of the Muhammad Ali Humanitarian of the Year Award, Ebeling is dedicated to using technology “for the sake of humanity.” His most recent project, Don’s Voice, allowed an ALS patient to speak to his wife for the first time in 15 years. He talks about working together to better our world and rethinking problems.

Keller Rinaudo, Founder & CEO of Zipline
Keller launched his innovative company Zipline in 2016 and quickly secured $25 million in funding from investors. A revolutionary healthcare company, Zipline uses drones to deliver medical supplies to remote parts of the world. Arnie Weissmann, editor-in-chief of Travel Weekly, saw Keller speak at a conference this past summer and wrote about it, saying it was “the most motivational business speech I’ve ever heard,” and that people should “remember the name Keller Rinaudo” because “he’s on a trajectory that could make him as well-known as Steve Jobs and Bill Gates.”

Want to check fees or availability for any of these speakers? Contact our team today!