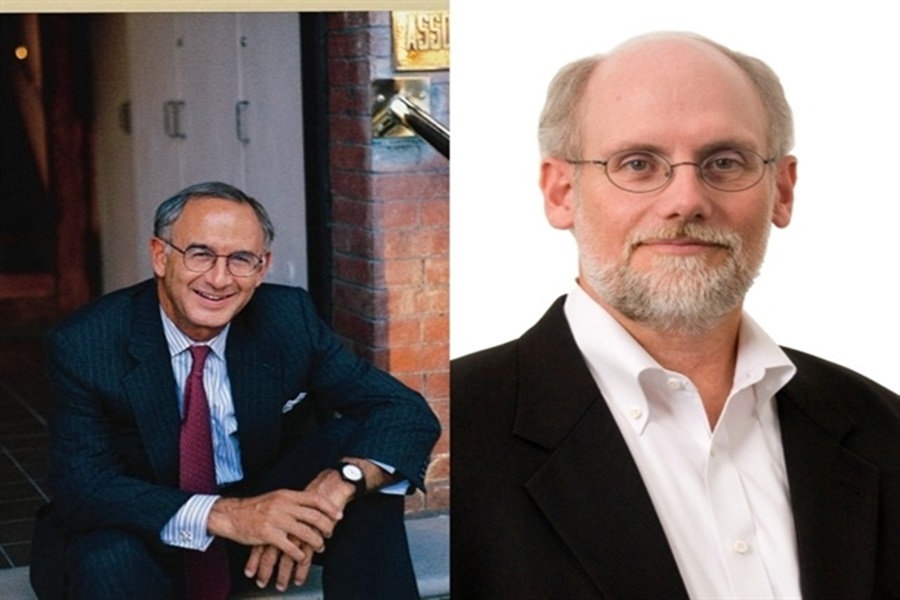 Peter Hart and Bill McInturff are the most well-known and well-respected pollsters for the Democratic and Republican parties, respectively. Together they conduct The NBC News/The Wall Street Journal poll and are actively engaged in American politics and the research of national public policy issues. No one is more tapped into what Americans are really thinking than these two.

Together, they offer a unique point of view on the state of politics and the upcoming election. The pair is keenly aware of the public’s reaction to the primary, specific policy issues, and their effects on the race. Hart and McInturff do what no other political analysts can!

Peter Hart, a pollster for NBC News and The Wall Street Journal, is regarded as one of the top researchers and analysts of public opinion in the United States and a leading shaper of national trends and political messages. He has worked with top global corporations, nonprofits, and government officials, and The National Journal named Hart one of its 150 national leaders who shape federal government policy, lauding him as “probably the foremost Washington pollster for the Democratic Party and its centrist candidates.” He also frequently appears on myriad news programs and has taught at leading universities.

Bill McInturff is a partner and co-founder of Public Opinion Strategies, a national political and public affairs survey research firm and called “the leading Republican polling company” by The New York Times. Since its founding in 1991, the firm has completed more than five million interviews with voters and consumers in all fifty states and over a dozen foreign countries, and conducted more than 3,500 focus groups. A frequently quoted source on the topic of American politics, McInturff has appeared in myriad newspapers, magazines, and television shows for his expertise.

If you are interested in having Peter Hart and Bill McInturff join you at your next meeting or event, please call 1-800-SPEAKER or reach us via the online form below.