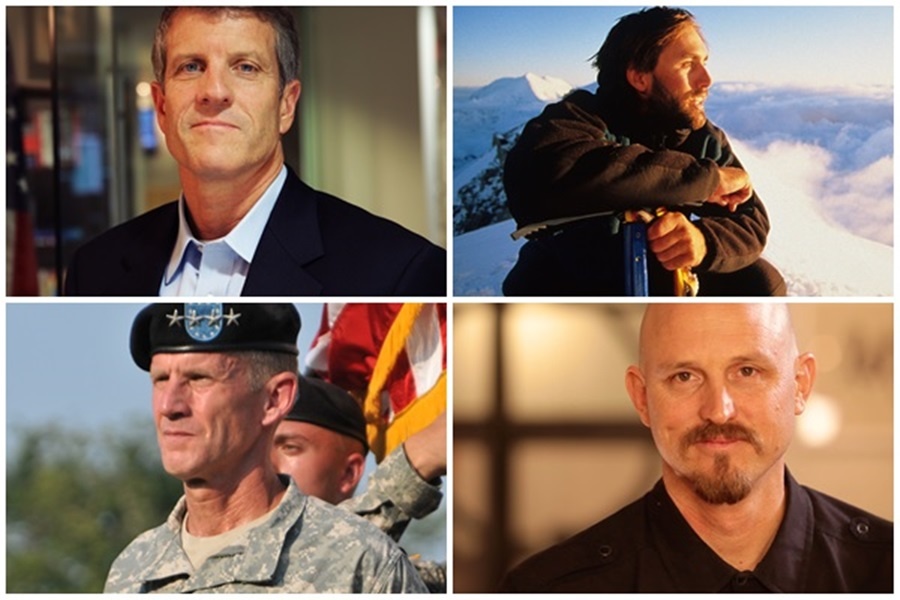 If you have an event coming up in 2016 where leading high-performance teams, operating in challenging environments, or leading change are key themes of the meeting, I’d like to share four great recommendations with you:

Rear Adm. Scott Moore is the former leader of some of America’s most elite warriors. As the deputy commander of Naval Special Warfare, who has served in every leadership position in the Navy SEAL teams, he discusses how to lead when failure is not an option.  From the mountains of Afghanistan to briefings in the Oval Office, the lessons are a hard-hitting look at what it takes to build and lead high-performing teams. Watch his video.

Erik Weihenmayer is the first blind person to summit Mt. Everest and holds a world record for the most people from one team to stand atop Everest’s peak in a single day. He discusses the importance of creating a common vision that brings together varied talents and skills  to create a “no barriers” mindset. Watch his video.

Gen. Stanley McChrystal wrote the book on teams – Team of Teams. The former commander of U.S. and international forces in Afghanistan and the former leader of Joint Special Operations Command, McChrystal led the military’s most sensitive forces and revolutionized the way military agencies interact. His insights include leading by influence, relentless mission focus, and sharing a clear vision. Watch his video.

Refusing to believe the concept of “impossible,” Mick Ebeling created Not Impossible Labs which nimbly creates teams with varied backgrounds to solve some of the world’s most difficult problems. From helping children with cerebral palsy to creating artificial limbs in remote countries, Ebeling discusses the tools necessary to assemble and lead a team to accomplish the “impossible,” and how to recognize the traits of collaboration-worthy individuals for your next big idea. Watch his video.

If you are interested in checking the availability of any of these terrific speakers or getting a longer list of recommendations, please fill out the form below.