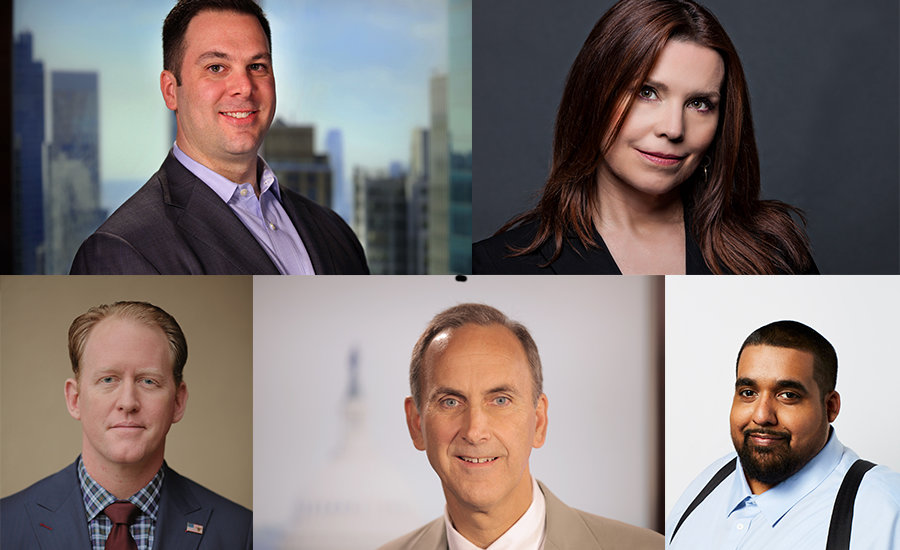 There’s nothing quite like hearing an unbelievable story from the person who lived it. A topic that we've noticed is gaining momentum for events this year is speakers with powerful, true stories. We represent many speakers with incredible life stories—from military veterans and explorers to everyday heroes. Here's a great list for brainstorming speakers for your next event:

Keep reading to learn more about each speaker and their 'unreal' presentations:

For decades, Kristin Beck hid her true self from her brothers in arms, family, and friends. Now, as the nation’s first openly transgender Navy SEAL, Kristin reflects on her years of honorable service and her many accolades, as well as her life beyond the Navy, including her journey to human rights activist and motivational speaker. Kristin shares the incredible story of her life with audiences across the country, and touches upon themes of courage, leadership, and standing up for what’s right. | Learn more about Kristin Beck here.

Grotzinger oversaw a team of more than 450 scientists working together to launch the Curiosity rover, which remains the most complex spacecraft to ever land and operate on the surface of another planet. His talk is filled with lessons about teamwork, ambition, and leadership, and is accompanied by images, video, and stories straight out of a Hollywood movie. | Learn more about John Grotzinger here.

After risking his own life to provide cover for more than 30 soldiers during a battle in Afghanistan, Dakota was the first living Marine to receive the Medal of Honor since 1973. His motivational talk draws on incredible stories and visuals that move audiences to reexamine their own lives and fight for accountability and achievement. | Learn more about Dakota Meyer here.

Dr. Hakeem Oluseyi grew up in some of the roughest neighborhoods in the country. As a result, he spent a lot of time inside, reading encyclopedias and watching PBS nature shows. At a young age, he discovered a love of science and space that was inspired by his role model, Albert Einstein. Throughout his childhood and into young adulthood, he was repeatedly faced with circumstances that would make most people give up—a lack of supervision at home, attending his state’s lowest rated school, falling in with the wrong crowd, and failing physics exams when he ultimately made his way to Stanford. But Hakeem never gave up. Today, as a world-renowned astrophysicist and the Space Science Education Lead at NASA, Hakeem inspires audiences around the world to chase impossible dreams, fight for what they want, refuse to listen to naysayers, and reach out and lend a hand up to those around them. | Learn more about Hakeem Oluseyi here.

Former SEAL Team Six Leader and author of the best-selling book The Operator: Firing the Shots That Killed Osama bin Laden and My Years as a SEAL Team Warrior

For a talk that will make your audience want to push harder, face down big challenges, and live the motto “Never Quit,” bring in Rob O’Neill. Rob shares stories from his missions around the world, and shares with audiences how he found the internal motivation to achieve greatness. Regarded as one of the most impactful speakers on the lecture circuit today, he constantly receives top reviews. | Learn more about Robert O'Neill here.

Recently, Ben embarked on the most ambitious adventure of his career—an attempt to make the first solo and unsupported crossing of Antarctica. He will begin accepting speaking engagements again this spring, when he will talk about doing the impossible and his belief that “No one else is an authority on your potential.” Ben was dubbed a “master story teller” by the TED conference. | Learn more about Ben Saunders here.

When Tracy Walder enrolled at the University of Southern California, she never thought that one day she would offer her pink beanbag chair in the Delta Gamma house to a CIA recruiter, or that she’d fly to the Middle East under an alias identity. Graduating with a history degree, she would spend the next four years as a covert operative for CIA’s Counterterrorism Center, assuming aliases, thwarting terrorist attacks, and debriefing terrorists at black sites. In speeches, Walder shares her riveting story with audiences, and according to Publishers Weekly “opens a window into life in two of America’s major intelligence agencies.”  | Learn more about Tracy Walder here.

Despite losing his vision at age 14, Erik Weihenmayer is an accomplished climber, paraglider, skier, and kayaker who never allows blindness interfere with his passion for pursuing an exhilarating and fulfilling life. Weihenmayer sees his lack of sight as an opportunity, and he has managed to push past the anger, frustration, and fear. After making friends with other blind individuals who went rock climbing, he continued working on his craft and, at age 33, he became the first blind person to reach the summit of Mount Everest. This year, an Award-Winning documentary about Erik and his latest adventure kayaking the Grand Canyon, entitled The Weight of Water was released. In speeches, he teaches audiences to follow his path and lead a "No Barriers" life, or a life without self-imposed limitations. | Learn more about Erik Weihenmayer here.

Heroes of a would-be terror attack in 2015

Childhood friends, Anthony Sadler, Alek Skarlatos, and Spencer Stone were thrust into the international spotlight on August 21, 2015, when their bravery and quick-thinking thwarted a would-be terror attack on a Paris-bound train with roughly 500 passengers on board. They are the authors of the new book, The 15:17 to Paris, which is now being made into a feature film directed by Clint Eastwood. They talk about overcoming adversity, the importance of relationships, how to embrace unexpected opportunities, and pushing past fear. | Learn more about the "Paris Train Heroes" here.

For two decades, Annie Duke was one of the top poker players in the world—and usually the only woman at the table. Duke talks to audiences about her surprising rise to the top and the lessons on risk, fear, and smart decision making she’s learned along the way. Her new book, Thinking in Bets: Making Smarter Decisions When You Don’t Have All the Facts, was published in February. | Learn more about Annie Duke here.

What happens when you combine the experience of a former FBI cyber crimes leader with the perspective of one of the world’s most-wanted hackers? You get a heart-pounding talk on the day their worlds collided. With experience on both sides of the cyber security equation—Tarbell as a former law enforcement official and Monsegur a former black hat hacker who led the Anonymous/LulzSec collective—they deliver one of the most jaw-dropping and informative presentations on the lecture circuit today. | Learn more about Hector Monsegur and Chris Tarbell here.

A top FBI negotiator turned business consultant, Chris blends gripping anecdotes with lessons in negotiation. He shares the real stories behind high-profile international kidnappings and bank robberies and uses them to illustrate how to get ahead in any conversation or negotiation. He talks reading people, the art of persuasion, and protecting against your own vulnerabilities. | Learn more about Chris Voss here.

Wilson is best-known as the mastermind behind the incredible effort to turn San Francisco into Gotham City so that a cancer patient named Miles could become Batkid for a day. A main character in the documentary “Batkid Begins,” she shares the story behind how the day came together. Her emotional and inspirational talk leaves audiences with incredible takeaways on leadership, teamwork, and creating an atmosphere of excellence. | Learn more about Patricia Wilson here.

BOOK A SPEAKER WITH A POWERFUL TRUE STORY TODAY

Are you interested in bringing one of these top motivational speakers to the stage of your next event?