Speakers Who Walk The Walk 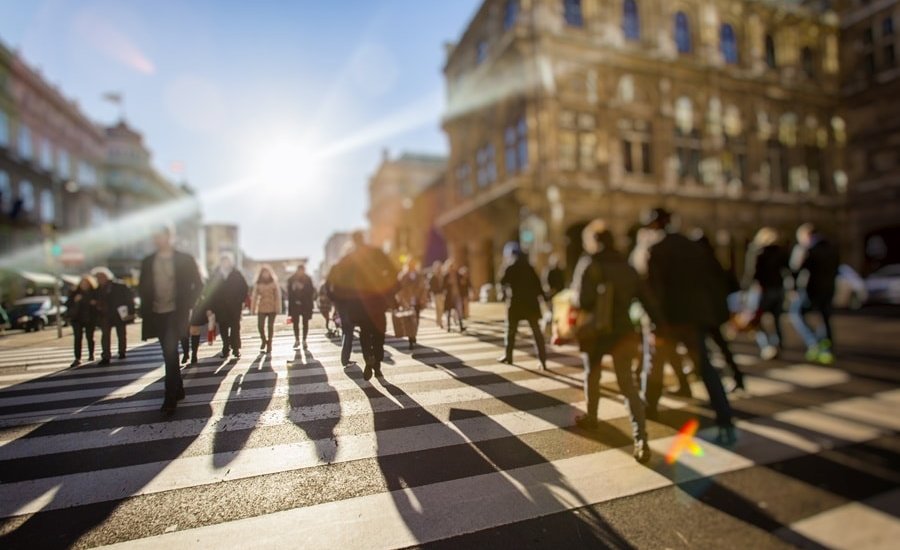 We often hear from clients that they want to bring in a speaker who not only has a great message but has lived it—be it an innovator with a track-record of mind-bending ideas or a business leader who led a company from bust to boom.

13 SPEAKERS WHO WALK THE WALK

These 13 speakers have lived their message, and share incredible lessons from their journeys with audiences around the world:

Take a closer look at each of these 14 phenomenal speakers who have walked the walk and lived their own message in their lives and check out their individual speaker profile pages for more information about their speaking topics and expertise by clicking the links below.

Dr. Hakeem Olyuseyi, the author of the highly-anticipated upcoming memoir, The Stars in My Soul: My Unlikely Journey through Space and Time, has had a long, distinguished career in academia and scientific research. Currently, he is stationed at NASA Headquarters in Washington, DC, via the Intergovernmental Personnel Act (IPA) Mobility Program, which provides for the temporary assignment of experts between the federal government and eligible organizations like Florida Tech. As an Astrophysicist and Space Science Education Lead for NASA's Science Mission Directorate (SMD), he is responsible for co-managing 27 SMD Science Activation cooperative agreements totaling more than $40 M. He also provides strategic and scientific advising for SMD investments in STEM education, citizen science, diversity, equity and inclusion, and strategic communications. Hakeem grew up in some of the roughest neighborhood’s in this country, which led him to spending most of his time indoors reading and watching PBS nature shows. Growing up in this not so-great situation did not preclude Hakeem from earning three degrees: A bachelor of Science in Physics and Mathematics from Tougaloo College, a Masters and PhD in physics from Stanford University. After finishing up with school, Hakeem worked at one of Silicon Valley’s most successful companies and did research on manufacturing computer chips. This work earned him eight US patents and four EU patents. Hakeem’s inventions can be found in the computer chips you use every day. In keynote presentations, he shares his powerful story of overcoming class and race barriers to become a leading astrophysicist, educator, and advocate.   |   See more on Dr. Hakeem Olyuseyi here.

Sarah Robb O’Hagan is a legendary business leader, the former CEO of Flywheel Sports, former president of Gatorade, and a former GM at Nike. She is also author of the best-selling book, Extreme You: Step Up. Stand Out. Kick Ass. Repeat. In Sarah's keynote presentations, she speaks candidly about the value of “failing forward,” chronicling failures in her own life to illustrate the importance of perseverance. She also walks audiences through becoming the most “extreme” versions of themselves in order to capitalize on their successes, and how to bring out the “extreme” in those around them.    |    See more on Sarah Robb O’Hagan here.

Carla Harris is the Vice Chairman of Global Wealth Management and Senior Client Advisor at Morgan Stanley. Carla Harris speaks powerfully about the proven strategies that have helped her get ahead on Wall Street. With this presentation, she shares her hard-won "Pearls" to help audiences maximize their chance for success in the seat they are sitting in as well as their odds of reaching the seat they aspire to sit in.  |   See more on Carla Harris here.

Co-Founder of The Himalayan Cataract Project

Dr. Geoff Tabin is a medical visionary, humanitarian, accomplished mountain climber, professor of ophthalmology and global medicine, and co-founder of the Himalayan Cataract Project (HCP), a non-profit organization working to eradicate preventable blindness in the developing world. While obtaining his graduate degree at Oxford, he was part of a society where he became the first person to ever jump using Bungee Cords. In entertaining speeches, Dr. Tabin discusses innovative problem-solving, overcoming formidable challenges, and the development and implementation of revolutionary ideas.  |   See more on Dr. Tabin here.

Susan O’Malley is the first female president of a Professional Sports Franchise. She uses anecdotes and lessons learned from her life of unprecedented success to share insights in leadership. Her ground-breaking business ideas provide a guide for thriving in a male-dominated field.  |   See more on Susan O’Malley here.

Doug Rauch is known for growing Trader Joe’s from a small local chain to a national powerhouse, and for his belief that Culture is a Company’s DNA—or the only thing a company has that can’t be copied or stolen, and the most important factor in success. He talks about the practices like conscious capitalism and values-based leadership that he drew on to grow Trader Joe’s, and helps companies figure out what their cultural X factor is.    |    See more on Doug Rauch here.

Jake Harriman is a visionary and innovator whose new approach to leadership has been recognized by the White House and the Dalai Lama. A former Marine who completed four tours of duty in the Middle East, Africa, and Asia, he is the founder of Nuru International, a non-profit empowering leaders in impoverished, war-torn areas. Jake talks about servant leadership, empowering a new generation of leaders, and restoring great American leadership. Jake's story will make you want to get up and do something.    |   See more on Jake Harriman here.

Jim Donald has been called a “Turnaround King” for his ability to take flailing brands back from the edge of bankruptcy (and was named one of the Top 25 CEO's in the world. Currently, Jim serves as CEO for Albertson's and has a proven track record of serving in various C-Suite positions for numerous big brand organizations, such as Starbucks and Extended Stay Hotels. Jim has a new speech all about creating a culture that forever captures the excitement you feel on your first day of work in a new job. He talks about why “the biggest threat your company faces is from inside your four walls,” how to unlock untapped “gold mines” within your corporation, and how to build better attitudes and increased execution.   |   See more on Jim Donald here.

Dawn Hudson is the former Chief Marketing Officer of the NFL and former President and CEO of Pepsi Cola North America. With more than 20 years of strategic brand-building experience with some of the world’s best-known and most-loved brands, she shares insights on brand positioning, showing audiences how to tap into their core capabilities and capitalize on in a way that’s authentic to their brand DNA.   |    See more on Dawn Hudson here.

Matthew “Griff” Griffin founded Combat Flip Flops in 2006, after graduating from West Point and serving four tours of duty as an Army Ranger in Afghanistan and Iraq. Combat Flip Flops, a footwear and apparel company that sells goods manufactured in conflict and post-conflict zones, uses their profits to aid the areas in which they are made as a part of Griffin’s mission to encourage peace through trade and “business over bullets.” The company currently operates in Afghanistan, Laos, and Colombia, helping local populations pull themselves out of poverty. Proceeds are additionally used to put Afghan girls in school and to help clear mines from war-ravaged lands in Laos. Known for his moving TEDx talk and his successful appearance on ABC's Shark Tank—where he secured a deal with three sharks including Mark Cuban—he talks about why running a purpose-driven business is “harder and takes longer” but ultimately worth it because of the people they attract and the amount of good they are able to do.   |   See more on Matthew Griffin here.

Sheryl Connelly has served as the in-house futurist for Ford Motor Company for over a decade. In this role, she identifies and analyzes global consumer trends to aide in the discussion of long-term planning and strategy across the entire company, including design, product development, and corporate strategy and help anticipate and predict the needs and desires of consumers.  |  See more on Sheryl Connelly here.

Scott Harrison worked in New York for 10 years as a club promoter before an “Aha!” moment led him to found a revolutionary non-profit called, Charity : Water. Before launching the non-profit, he felt charity had developed a negative stigma and wanted to change conventional wisdom around what a charity could be. In honest, moving presentations he walks audiences through the steps he took to build Charity : Water and how he continues to push for innovation through technology, new partnerships, and excellent storytelling.  |   See more on Scott Harrison here.

Inspiration For The Movie, The Pursuit of Happyness, & Former Wall Street Stockbroker and Investor

If you’ve seen the Golden Globe and Academy Award-nominated movie, The Pursuit of Happyness, then you’re familiar with Chris Gardner's story of going from homelessness to Wall Street. But what you may not know is that in person, he is one of the most warm and impressive speakers on the lecture circuit today. He inspired and encourages audiences to create a new vision of the American Dream for modern times, touching on the importance of appreciating what we have—especially our loved ones—and ignoring any discouragement you may find along your pathway to success.  |   See more on Chris Gardner here.

HIRE A SPEAKER WHO WALKS THE WALK

Would any of these record-breaking and action-oriented keynote speakers be a good fit for one of your upcoming events or meetings? Let us know!

If you're interested in booking one of these speakers who has been there and done that for an upcoming conference, please reach out to our team today.