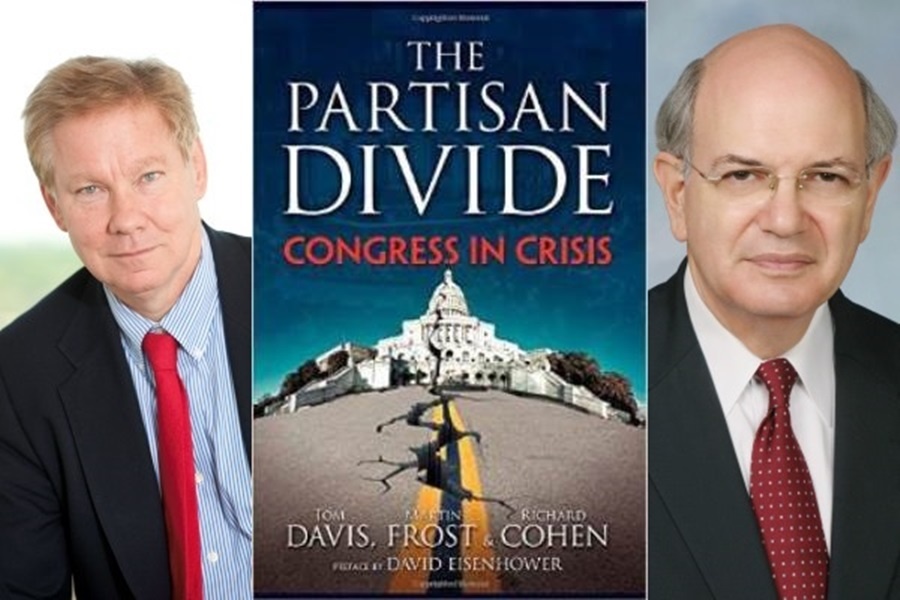 Congressmen Tom Davis and Martin Frost are a political powerhouse team, and they have a new book being released on January 12. The PARTISAN DIVIDE: Congress in Crisis is a powerful behind-the-scenes narrative that uncovers the past road to the present political gridlock — and then offers thought-provoking insights and possibilities for the way out.

Davis and Frost each chaired their party’s respective campaign committees during crucial election cycles and spent much of their time in Washington focused on campaigns. Their insight on strategy, upcoming elections, and what’s coming down the pipeline politically next gives organizations a unique look at what’s happening (and what will happen) in 2015 and beyond.

More about Frost and Davis:
With 26 years of legislative experience, Martin Frost, a keen observer of national politics and policy, is regarded as a preeminent political analyst among his peers. He held numerous leadership positions in his party and is also considered to be one of its top strategists, an innovative lawmaker who is able to craft bipartisan legislation, and a strong fundraiser for fellow Democrats. In his presentations, he addresses our current political climate and what to expect from the 114th Congress.

Tom Davis is a former Republican congressman for the state of Virginia. He served seven terms and authored more than 100 bills that became law. Throughout his tenure in Congress, he was widely recognized as a skilled legislator, an honest broker, and a political mastermind. He is known for his encyclopedic knowledge of political minutia, often lecturing members of Congress on the electoral history of their own districts.