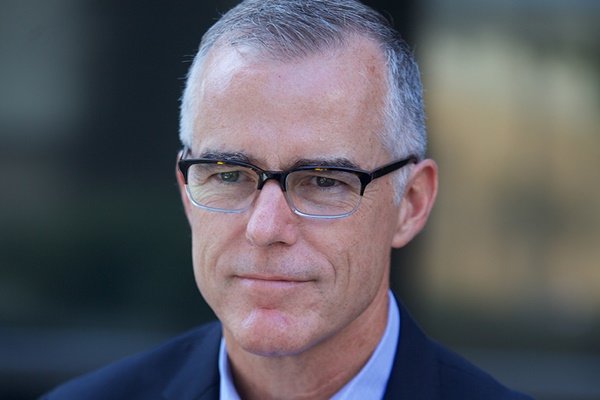 The former Acting and Deputy Director of the FBI, Andrew McCabe led a historic career as an American intelligence official. Named Acting Director of the FBI in May 2017, McCabe spent a total of 22 years at the FBI in various, increasingly-prominent roles. The New York Times said that McCabe “stood out [at the FBI] for his intellect and the range of high-profile cases he has been at the center of,” and The LA Times called him “a methodical investigator who assiduously worked to earn the trust of victims and, particularly, informants and witnesses.”

Known for his incredible rise through the counter-terrorism and national security ranks to ultimately reach the top of the Bureau, his talent for cutting to the core of major cases is legendary. McCabe also has previous experience as an investigator and SWAT team member, which no doubt helped as he worked such high-profile cases as the 2013 Boston Marathon bombing. McCabe also served as the Deputy Director of the FBI, where he oversaw all FBI domestic and international investigative and intelligence activities.

The author of the highly-anticipated 2019 book The Threat: How the FBI Protects America in the Age of Terror and Trump, he discusses complex, critical issues including national security and cyber security with precision and clarity.