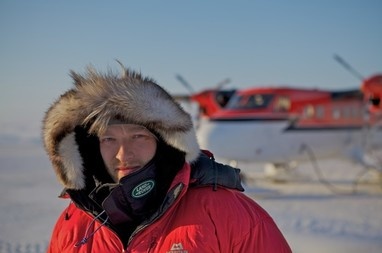 Ben Saunders is a man making history. Best known for leading one of the most ambitious polar expeditions in a century, he was the first to successfully complete the epic, 105-day, 1,800-mile trek on foot to retrace Captain Robert Falcon Scott’s ill-fated, early 20th-century journey to the South Pole – equivalent to running 69 marathons back-to-back. Of his expedition he said, “We can all accomplish great feats through ambition, passion, stubbornness, and refusal to quit. If you dream something hard enough, it does indeed come to pass.”