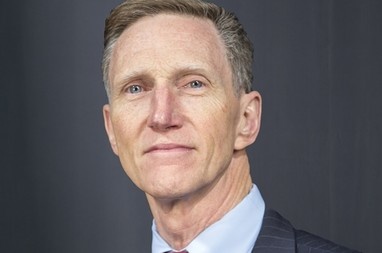 On Thursday, February 26 Leading Authorities and TD Bank hosted an exclusive Salon Dinner featuring John Pistole, the former Deputy Director of the FBI and former Head of the TSA. During his talk, Pistole shared his extensive counterterrorism expertise with guests and provided insider stories and behind-the-scenes insights into what it takes to keep America safe and what businesses can learn along the way.

Pistole is a counterterrorism and homeland security expert who has led or was involved in several high-profile investigations, including the attempted car bombing in Times Square in 2010, the 2009 attempted attack on Northwest Flight 253, the plot against New York City subways in 2009, the 2006 UK liquid explosives plot, the 2005 London Tube bombings, and more. A 26-year veteran of the FBI, he left in 2010 to head the Transportation Security Agency. He was the longest-serving administrator of the government agency entrusted with keeping terrorists off planes, trains and other means of transport. Because of his efforts, our country’s transportation systems have never been safer and more secure.

If you are interested in learning more about our Salon Dinner events please contact Shani Ben-Shlaush at shani@lauthorities.com.