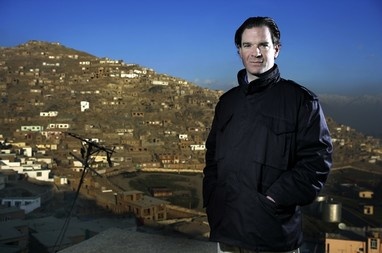 Peter is one of the nation’s foremost authorities on foreign policy, national security, and the new generation of terrorism that threatens the West and its economic interests. CNN’s national security analyst, he is one of the few people to interview Osama bin Laden face-to-face and is the best-selling and award-winning author of five books. Peter discussed his latest, United States of Jihad: Investigating America’s Homegrown Terrorists, over dinner as it came out just days before our event.

When Bergen reports on national security, Congress, the White House, and those who need to be “in-the-know” sit up and listen. He has traveled repeatedly to the Middle East and South Asia and testified before multiple congressional committees on national security and terrorism-related issues. He is heavily connected in the geopolitical world, having interviewed senior While House officials, Congressmen, Navy SEAL operators, senior officers around the global, and more. Exclusively represented by Leading Authorities speakers bureau, Bergen offers audiences a straight-from-the-source, insider’s perspective our nation’s growing geopolitical challenges and how they have the potential to affect American business.

To learn more about attending future events, please fill out the form below or email Haley Rauch at haley@lauthorities.com.