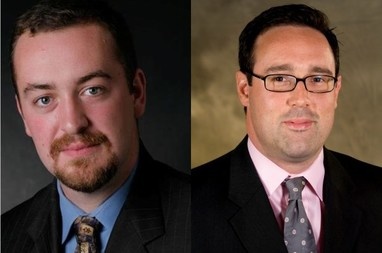 Leading Authorities and the U.S. Chamber of Commerce co-hosted an Association Lecture Series breakfast on Tuesday, September 16th, 2014, featuring two of the Washington Post’s most notoriously insightful political analysts - Reid Wilson and Chris Cillizza. These two control some of the most-read and heavily-trafficked political pages on washingtonpost.com and offer a well-rounded look at the current political environment.

Reid Wilson is the editor and lead author of Read In - WaPo's must-read, morning political tip sheet - and the former editor-in-chief of the Hotline, where he stood in good company. Previous editors include Chuck Todd and Amy Walter. He offers great insights on the megatrends that will affect the upcoming elections and is one of the few nonpartisan analysts to use visuals.

Chris Cillizza is the author of The Fix political blog. Incredibly witty and hilarious, the self-described political junkie discusses the nuances of national and local campaign politics. Named "One of the top 50 journalists working in Washington today," he provides insights on the constantly evolving state of Washington politics, keeping an eye on future political trends.