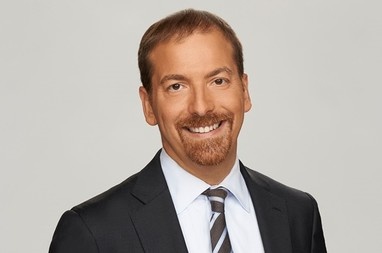 On Thursday, June 1st, Leading Authorities and the U.S. Chamber of Commerce hosted an Association Lecture Series breakfast featuring Chuck Todd. A self-described political junkie, he has earned a reputation as one of the most passionate journalists and sharpest analysts in American media. He is NBC News’ political director, the moderator and managing editor of Meet the Press – the flagship Sunday morning public affairs program and the longest-running broadcast in television history, and the host of MTP Daily.

Influencers and competitors praise him as “a tireless reporter” with “an encyclopedic knowledge of politics” and the ability to “break down barriers and get people off of their talking points.” With what Washingtonian calls a “savant-like knowledge of politics,” he has become a fixture in the White House press room, a steady and constant presence on television, and a tireless voice on the campaign trail. His up-to-the-minute poll analysis and insightful commentary have made him one of the most sought-after voices in American political coverage.

If you would like to learn more about this event or future Assocation Lecture Series, please contact Haley Rauch at haley@lauthorities.com