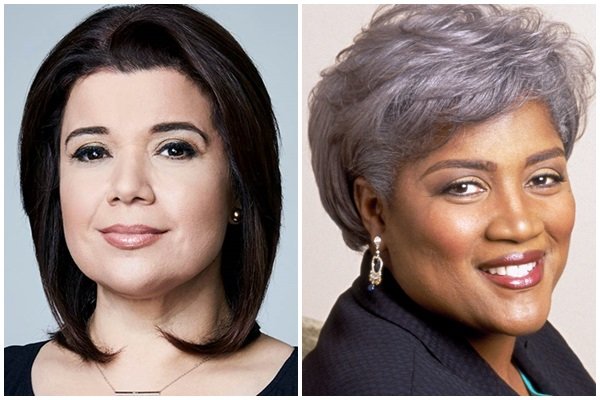 A Conversation With Ana Navarro and Donna Brazile
20 Apr

Ana Navarro is a well-known Republican strategist and a political analyst for CNN, CNN en Español, ABC News, and Telemundo. She is also a political contributor on ABC’s The View. The Miami New Times named her a “Republican power-consultant,” and the Tampa Bay Times called her “a sought-after voice in Republican politics and an adviser for any presidential hopeful.”

Donna Brazile is an adjunct professor, author, syndicated columnist, television political commentator, vice chair of voter registration and participation at the Democratic National Committee, and former interim National Chair of the DNC, as well as the former chair of the DNC’s Voting Rights Institute.

Donna Brazile and Ana Navarro brought their political clout, unparalleled insights from the world of politics, and candid stories from behind the scenes, delivering an entertaining and practical talk about the hottest political topics. Despite hailing from opposing political parties, these pundits joined forces to give audiences the latest in geopolitics, election forecasting, and much more.

If you would like to learn more about attending future events, please contact our team by calling 1-800-SPEAKER or emailing contact@lauthorities.com.