Breakfast with Former Deputy Director of the CIA 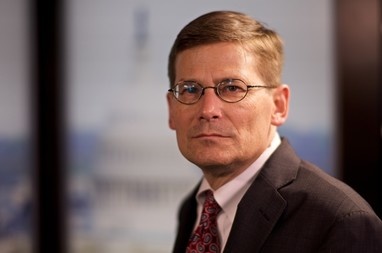 Leading Authorities and Bloomberg Government partnered on Tuesday, October 29th for a special leadership breakfast with Michael Morell. Morell is the former deputy director - and twice acting director - of the CIA and one of the agency's most legendary leaders. He is the only official who was with both President Bush during September 11th and President Obama during the raid on Osama Bin Laden - which Morell had been integral in planning. According to the Wall Street Journal, he had "been at the center of nearly every fight against al Qaeda and has seen the limits of U.S. intelligence."

Morell is an extraordinary speaker and an emotionally-moving storyteller. Audiences appreciate his insights on current events and geopolitical challenges – like Syria, Iran, and the growing cyber threat. In high-impact presentations, he shares insider stories and navigates the complex and clandestine web of politics and security, helping organizations understand the business impact of these issues.