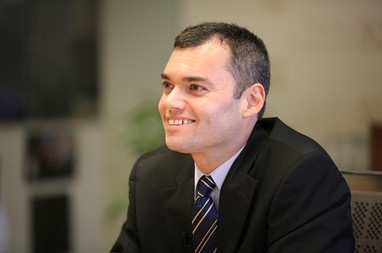 Leading Authorities hosted a special breakfast on Thursday, October 17th that featured Peter Beinart, the senior political writer for The Daily Beast. He burst onto the punditry scene in 1995, and since then, he has been editor of The New Republic magazine, authored three widely-acclaimed books, written for the top publications worldwide, and been a featured player on the television news circuit for his expertise and articulate, nonpartisan analysis.

He discussed how a growing body of data shows that Millennials hold views about the economy, foreign policy and culture that put them at odds with the establishment of both political parties. As this new generation comes to dominate the American electorate, its unconventional views will challenge both Democrats and Republicans and produce potentially fascinating upsets in the elections of 2014 and 2016.

In presentations, Beinart offers a comprehensive picture of the political landscape, detailing the latest issues facing the nation. He shares analysis of where the Parties are and what their futures hold, including the perils of incumbency and the key demographic changes. He looks at the Obama presidency and what to expect during the rest of his administration. His balanced scrutiny of the issues and current events provides an entertaining and edifying experience you won’t soon forget.