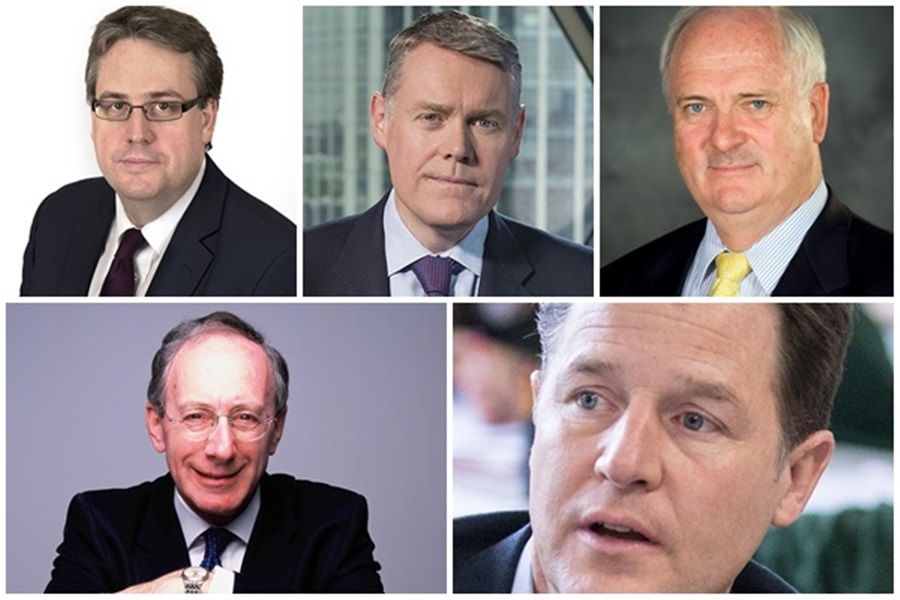 Topics:
International Affairs & Business | Media | Political Analysts
Share
The Brexit vote is a little over two weeks away and current polls show a near tie amongst voters. For sure, the outcome will have effects throughout the UK and beyond..

These five speakers—who together possess some of the most valuable political and journalistic foreign affairs experience—discuss what the decision to leave or stay will mean for businesses, the economy, culture, trade and security:

Sir Malcolm Rifkind: Former Foreign Secretary and Former Chairman of the Intelligence Committee of the British Parliament, Rifkind’s intensive experience makes him an excellent choice for groups seeking to gauge the diplomatic and security ramifications of a possible EU exit.

Nick Clegg: Having occupied the second highest office in the country at a time of financial crisis and foreign conflict, and having written extensively on the Brexit issue, the former Deputy Prime Minister is expertly positioned to discuss the political ramifications of the vote at home and abroad.

Tim Shipman: With more than a decade of experience reporting on British politics, Shipman is currently the Political Editor of the Sunday Times. A trusted news source, Shipman has spectacular insight to voter behavior stemming from his prior coverage of four British elections.

Gavin Hewitt : Hewitt has covered major news events for Canadian television and the BBC for over 30 years. A gifted communicator, Hewitt is particularly skilled at breaking down key issues for his audience, using his passion and insight to illuminate tricky subjects like the Brexit.

Martin Vander Weyer: Business editor for The Spectator, Vander Weyer is a former investment banker who offers a greater understanding of the economic implications of a Brexit. He’s a terrific option for audiences who want to understand the impact the vote will have on their day to day.

If you’d like to check availability or fees for any of these speakers, please fill out the form below.