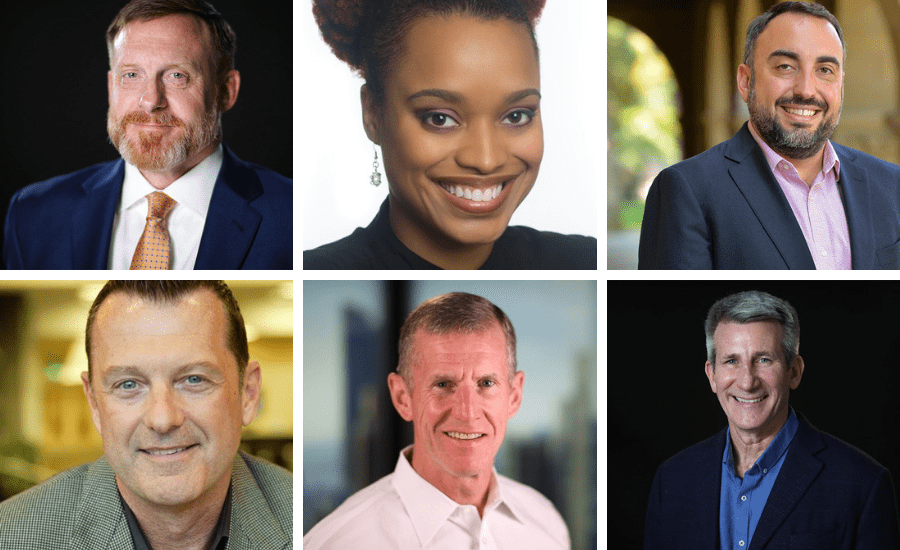 We know the travel costs can sometimes be a barrier to hiring US-based speakers. One thing the Leading Authorities International team always tries to do is keep you aware of opportunities to book US speakers travelling to Europe.

We wanted to let you know that several top-booked American speakers are travelling to Europe in the coming months and accepting engagements at reduced fees.

6 Us Keynote Speakers In Europe

Keep reading to learn more about each of these renowned American speakers below.

Executive Director of the Stanford University Center for Disruptive Technology

Are you hosting a meeting this spring that would benefit from a fast-paced, next step-filled talk from one of Silicon Valley’s brightest minds? Mike Steep, who serves as Executive Director of the Stanford University Center for Disruptive Technology, will be in Europe twice this spring and accepting dates at a reduced fee while here. If you are not familiar with Steep’s career, he previously served as SVP of Global Business Operations at PARC Xerox. In this role, he helped senior level executives from companies like Procter & Gamble, BMW, and Boeing to create innovative business models and products using next generation technology. Now, at Stanford, he researches the ways technology will change society. He is the speaker for groups asking, “What can I do now to get ahead of disruptive technology? Mike will be travelling to Europe in May 2019. | See more on Mike Steep.

General Stanley McChrystal is the world’s leading mind on this transformative organizational change. He developed this model as the Commander of U.S. and International Forces in Afghanistan. It was the only organizational structure capable of combating al-Qaeda’s always shifting and non-traditional style. General McChrystal’s revolutionary thoughts on leadership have been the subject of a TED Talk that’s been translated into 33 languages and viewed more than two and a half million times. His New York Times best-selling books, Team of Teams: New Rules of Engagement for a Complex World and One Mission: How Leaders Build a Team of Teams. McChrystal’s latest book called, Leaders: Myth and Reality, co-authored with Jeff Eggers, looks at white effective leadership really is aby studying thirteen great leaders throughout history. The book proves that, oftentimes, the lessons we pull from the lives of famous business tycoons, leaders of cultural movements, and even war generals are not the right ones. Leadership expert and former Commander of U.S. and International Forces in Afghanistan, General Stanley McChrystal, will be in Europe in September and November 2019. | See more on General Stanley McChrystal.

Former Director of NSA & Commander of US Cyber Command

As businesses look into future investments and trends that will be shaping the business environment—like foreign actors meddling in our elections, China’s economic espionage, and the adoption of AI technology—the intelligence community’s expertise and insights have never been more relevant. Admiral Michael Rogers, our nation’s most recent Director of National Security Agency (NSA), serving under both President Barack Obama and President Donald Trump from 2014 until 2018, and the second-ever Commander of US Cyber Command, is one of the most-sought-after speakers to help address these pivotal issues as we move into the future. Conversational and even funny, Admiral Rogers is a well-known and widely-respected voice on cyber security, geopolitics, national security, and intelligence. His high-level, respected insights on American interests at home and abroad draw on his first-hand experience working at the helm of our intelligence community and tackling national security issues, including Russian meddling in the 2016 US Presidential election, that are still very much a part of our everyday news cycle. Admiral Michael Rogers will be travelling to Europe in late spring to early summer 2019. | See more on Admiral Michael Rogers.

At Facebook, Alex Stamos led a threat intelligence team tasked with monitoring and mitigating security risks to the Facebook network of 2.5 billion people. The New York Times called Stamos “a celebrated figure in privacy and security circles,” and Tech Crunch said he is “widely regarded as one of the smartest people working in the security space.” Stamos is currently an Adjunct Professor at Stanford University, where his research focuses on international security and cooperation. A cyber security expert, business leader, and entrepreneur who has spent his career improving the security and safety of the internet, he also formerly served as Chief Information Security Officer at Yahoo. Stamos helps groups think through questions around safeguarding information and infrastructure, building a trustworthy company, and what ‘information warfare’ means in 2019. Alex Stamos will be traveling to Europe in December 2019 and he will be travelling in Germany in February 2020. | See more on Alex Stamos.

An energetic, combat-seasoned voice on leading complex organizations to win, Gen. Nicholson is widely admired for his position as one of the world’s greatest “Warrior-Diplomats,” and as the longest-serving commander in the Afghan theatre of war. With 36 years of military service under his belt, Nicholson’s speeches rouse individuals and groups to be and do better for their teams and their organizations. Fast-paced organizations hoping to optimize results, lessen risk, and improve collaboration benefit from Nicholson’s highly-prized overview of the strategies he used when leading a 41-nation coalition force to produce the first ceasefire in the 17-year-long war in Afghanistan. | See more on Gen. John Nicholson.

If you know how to use it properly, technology offers so many time-saving features for prospecting, researching, and connecting with your consumers. Crystal Washington believes technology and especially social media is an important way to supplement, and not replace, the personal touch that drives client relationships. She delivers nearly 70 speeches a year on this topic, and customises each talk to the audience at hand. She delivers practical takeaways that can be put into place immediately, including tutorials on: Keywords (and why they’re the most important way to be found online), how to market yourself and your company on LinkedIn and YouTube, and Google search hacks to find new prospective clients. | See more on Crystal Washington.

If you have an event focused on issues including disruptive technology, cyber security, geopolitics, leadership, or organizational success, we strongly encourage you to enquire about any of these top-rated US speakers who will be travelling in Europe across the next several months.

BOOK A us Speaker for YOUR NEXT EVENT

Do you have an upcoming event where one of these US speakers may be a fit? Let us know, and we would be happy to share his speaking fee and check his availability for your date.

If you're interested in learning more about any of these American speakers or would like to book any of them to speak at your next conference or meeting, please contact our team.

And don't forget to check out our list of American keynote speakers travelling internationally. We continually update this list and you can save big on travel if you book a speaker who will already be in the region of your next event.