Former Under Secretary of State, Deputy Assistant to the President, and National Security Advisor to the Vice President 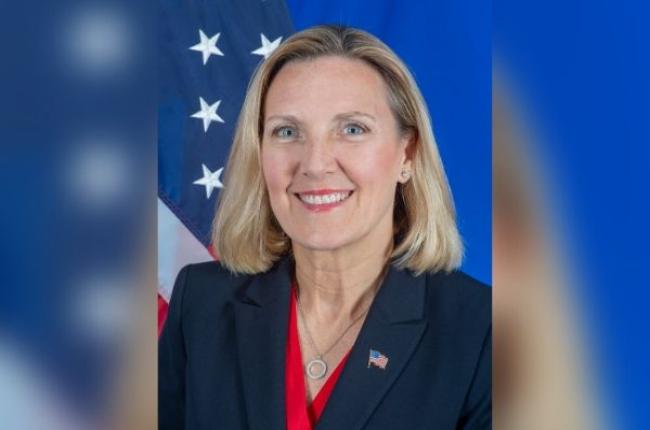 Having served at the highest levels in national security and intelligence organizations, the Honorable Andrea Thompson brings over three decades of experience in public service and the United States military. From combat zones to the White House Situation Room, Thompson has led diverse teams in crisis situations and advised our Nation’s most senior government and military leaders, from the President and Vice President of the United States to four-star generals in combat.

Most recently, Thompson led U.S. diplomatic global policy work for cyber security, space, and emerging technologies as the State Department’s Under Secretary of State for Arms Control and International Security. Overseeing all foreign weapon sales, she implemented policies to enhance economic and national security and led U.S. nuclear and arms control strategic security talks – working closely with allies as well as her Chinese and Russian counterparts. She has provided her leadership and vision to the Cyber Security and Emerging Technologies Bureau, the National Space Council, and represented the U.S. on the United Nations Security Council and NATO briefings. Exclusively represented by Leading Authorities speakers bureau, Thompson draws on decades of international security experience to candidly deliver talks on the importance of transparency and open dialogue in getting things done. As a woman in leadership, she inspires audiences to invest in the next generation and embrace emerging technologies to face new challenges in cyber and international security.

Thompson previously provided national security advice to both the President and Vice President as the Deputy Assistant to the President and National Security Advisor to the Vice President. She led crisis management teams and policy coordination for national security issues, including cyber and nuclear weapons attacks, counterterrorism, and homeland security threats. Traveling across the globe, Thompson built relationships with allies and confronted adversaries to strengthen our nation’s security.

Prior to her tenure at the White House, Thompson served as the first Director of the McChrystal Group Leadership Institute, delivering innovative leadership solutions to organizations. She also served as National Security Advisor for the Chairman, U.S. House of Representatives Committee on Homeland Security and Senior Military Advisor to the Chairman, U.S. House of Representatives Foreign Affairs Committee, leading the committee’s intelligence work, including cyber, counterterrorism, and international security legislative policy. Serving more than 25 years in the U.S. military, Thompson led troops at all levels of command during intelligence deployments to Afghanistan and Iraq, tours in Iraq and Bosnia, as well as operational and strategic deployments around the world.

In November 2019, Thompson founded the Andrea Thompson Group, an international strategic consulting firm that works with companies to develop and implement their strategic plans and expand in the global marketplace. A South Dakota native and proud University of South Dakota alumna, Thompson is also co-author of the book Achieving Victory in Iraq: Countering an Insurgency. 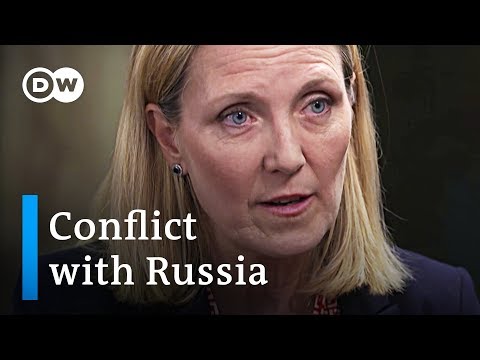 LiveAtState With Andrea Thompson, Under Secretary for Arms Control and International Security

S. III - The Global Security Context: A Conversation with Under Secretary of State Andrea Thompson

The Power of Open-Door Leadership. As Andrea Thompson explains in this powerful talk, transparency is the foundation of good leadership, and self-awareness is the quality that separates great leaders from good ones. She draws on three decades of experience leading diverse teams in crisis situations – from combat zones to the White House Situation Room – to demonstrate that being self-aware is the “combat multiplier” that not only makes you a better leader, but those on your team better leaders, too. Providing additional lessons-learned from her time as a director for the McChrystal Group Leadership Institute, she inspires audiences to facilitate a gold standard, open-door environment in their organizations, using candor and an open dialogue to get things done. Through sharing her personal leadership journey in public service, Thompson also emphasizes the importance of mentoring the next generation, recruiting and retaining future leaders in order to succeed in the long-term.

Today in International Security. With over 30 years of international security and military service, Andrea Thompson offers her perspective on the current state of international security, and the challenges and opportunities that face the United States as we head into a new decade. Having formed diplomatic relationships across the globe and advised both the President and Vice President on national security, Thompson provides her insider insights on the issues of cyber and chemical weapons attacks, counterterrorism, and homeland security threats. As a catalyst for the Cyber Security and Emerging Technologies Bureau, she shares with audiences her vision of safety and security for the American people which includes an increased attention on innovative technologies, cyber security, and maintaining an open dialogue with our international counterparts. 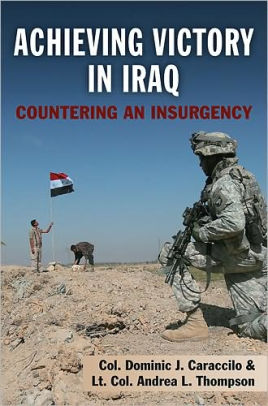