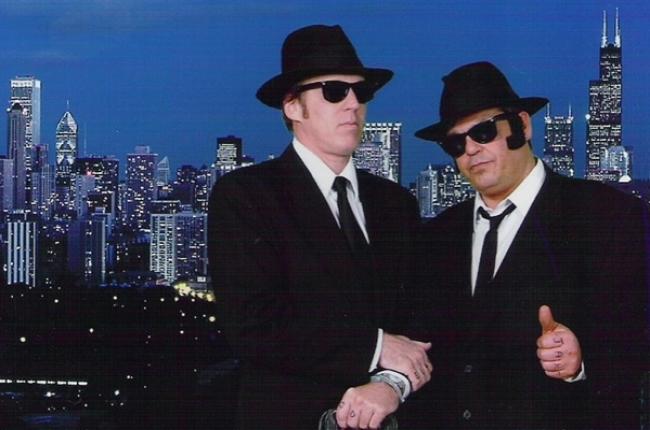 Chuck Little and John Aguila met in school in the 1960s and became good friends. One of their common interests was music. The two performed in many bands together throughout their high school years, John on vocals and Chuck behind the drums. They remained friends through the 80s, although their paths would take them on different life journeys. When they reunited, it was as performers, a two-man act paying tribute to The Blues Brothers (John Belushi and Dan Aykroyd's signature Saturday Night Live sketch). Aguila portrayed Belushi's character Jake, and Little played Aykroyd's character, Elwood. The "music" behind the two frontmen was supplied by a Karaoke style cassette tape. The act started as a gag at a friend's party, but soon after, people started booking The "Blooze Brothers" for various parties and events. Their act was a hit - the next step was to get a backup band.

At about the same time 150 miles south of Chicago, on the campus of Illinois State University in Normal, Illinois, an 8-piece horn band known as "The Tuition Blues Band" was performing music of such artists as Chicago, Blood Sweat & Tears and the Blues Brothers at local clubs. In 1990, several of the bands' members graduated and moved about the state starting various careers. A small fraction of them from the Chicago area decided to rebuild the band of existing members and fill in the gaps with local musicians. The band became known as I-55, and performed at festivals and clubs throughout the Chicago and Joliet area. I-55 was short-lived and they quickly disbanded. A core of high school friends within the band, Tom Culver, Lou Tsatsakis and George Toscas along with Tom's college roommate, Terry Peeples, wanted to see the band continue, but knew that in order to be successful, a change had to be made. Realizing that the crowd always responded best to their rendition of Blues Brothers covers, they decided to create a Blues Brothers Tribute band. There was just one problem: Who would sing as Jake and Elwood? They placed an ad in the paper.

The phone rang one November night at Culvers' house - it was Little responding to the ad in the Illinois Entertainer. Little invited Culver to check out their act at a club in St. Charles called Sam's. After the show, Culver handed Little a demo of I-55. Each liked what the other had to offer and shortly after, a set list was drawn up and rehearsals started. The lineup was: Aguila and Little as Jake and Elwood Blooze; Ed Stauber, guitar; Gordie Laurencell, keyboards; Tom Culver, Bass; Terry Peeples, drums; George Toscas, Trumpet; Lou Tsatsakis, Tenor Sax; and Kerry Erb, alto sax. Although the act was not very polished, the show had a lot of energy and impressed audiences. The ensuing summer brought more gigs as well as a new keyboardist. Laurencell left the group as keyboardist but recommended Tommy Leerschen as his replacement. The band stayed intact for the next few years.

1994-1996 saw big changes for the band. Drummer Terry Peeples and alto saxophonist Kerry Erb left. They were replaced by Dave Picco on alto sax and Gus Gotsis on drums. George Toscas left shortly afterwards and was replaced by Ed Sloka. At this time it was mutually decided to augment the horn section with a trombone player. Chuck Block was brought in on trombone. This new lineup improved the overall sound of the band, as they began building a reputation as one of Chicago's premier tribute bands. Soon Ed Sloka would bow out as trumpeter for the band and after numerous sit-ins was replaced by Brian Finn. In the late 90s, drummer Gus Gotsis and guitarist Ed Stauber were replaced by Bill Hansen and Tim Burns respectively. In 2000 trombonist Chuck Block was replaced by Dave Gross and shortly afterwards tenor saxophonist Lou Tsatsakiswas replaced by Andy Blanco. In 2001 Dave Gross left the band and was replaced by Kevin Cline. The band has had the same membership since that time. 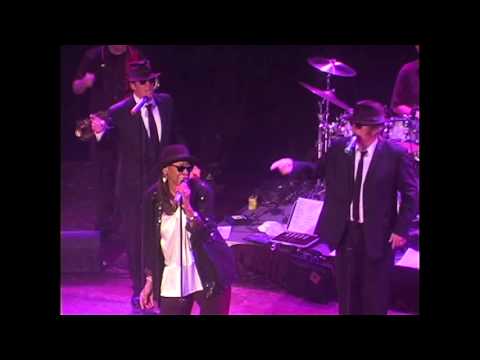