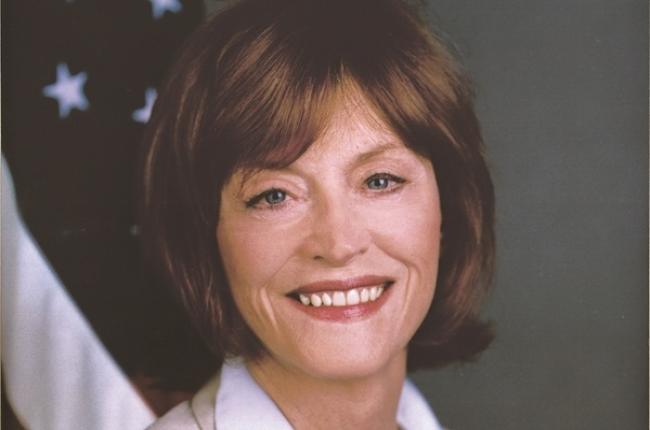 LOCATION/TRAVELS FROM: SC
* This specific fee falls within this range. Ranges are presented as a guideline only. Speaker fees are subject to change without notice. For an exact quote, please contact your Leading Authorities representative.

Charlotte Beers, the legendary advertising CEO of Ogilvy & Mather and Tatham-Laird & Kudner, has been nicknamed “the most powerful woman in advertising” and “the queen of Madison Avenue.” She graced the cover of Fortune magazine as one of America’s most influential women. Beers started her advertising career with a bang, eventually becoming the first female product manager for Uncle Ben’s. She revolutionized major ad campaigns through her pioneering work on product branding. An advocate for fulfilling the potential of women in the workplace, Beers works to give women the insight and vision to break into the leadership circle.

A fundamental rule of advertising is that a good brand has, at its heart, the key traits that make up its essence. Charlotte Beers has, at her core, traits that brand her a pioneer, a trend-setter, and a role model. Beers speaks from firsthand experience on the topics of advertising and what it means to be a successful woman in society.

Leveling the Playing Field. When Beers was working on an account with Sears Roebuck, the management at Sears was skeptical of a woman handling all of their advertising. In her first meeting with the executives, she delivered a pitch about the “heart of the product,” while she casually took apart and reassembled a power-drill. She won over the executives and won the account.

Beers is the only executive in the advertising industry to have served as chairman of two of the top-10 worldwide agencies: J. Walter Thompson and Ogilvy & Mather. She was also the first female vice-president at JWT and the first female managing partner and CEO of Tatham-Laird & Kudner, where she tripled billings. Beers was also honored with the prestigious Matrix Award from New York Women in Communications for her outstanding accomplishments. From her position as the first woman product manager for a major brand to being the first chairman of the American Association of Advertising Agencies, Charlotte Beers has led the world of advertising excellence.

She is also the author of the upcoming book, I’d Rather Be in Charge: A Legendary Business Leader Shows You How to Find Joy, Power, and Pride at Work.

Changing America’s Brand. Her expertise in communication and marketing led Beers to become Under Secretary of State for Public Diplomacy and Public Affairs. From the 2001–2003, she engaged the world on behalf of the United States. She brought in modern marketing and communication techniques to jump-start a dialogue with the part of the world in which there was only silence or hostility toward the U.S. By the time she stepped down, the State Department had fielded and evaluated stories of shared values in television, radio, and magazines; begun an interactive dialogue; launched an Arabic youth magazine; and funded the creation of “American Rooms” and other new television programming for the Middle East. Upon her departure, Colin Powell awarded Beers the Distinguished Service Medal—the highest honor the State Department bestows.

Winning Women. Studies have shown a shocking evolution in working women. A huge number are paralyzed mid-career, unable to make significant inroads into leadership positions. Traditional management intervention is often ineffective. Charlotte Beers, the legendary advertising exec and former chairman of both J. Walter Thompson and Ogilvy & Mather, leads a dynamic session filled with strategies that will give women the insight and vision to break into the leadership circle. With gathered lessons from her workshops and personal anecdotes from her own successful career, Beers reveals shortcuts that help women assess not only what they have to offer, but also the steps to successfully present their unique qualities.