LOCATION/TRAVELS FROM: NE
* This specific fee falls within this range. Ranges are presented as a guideline only. Speaker fees are subject to change without notice. For an exact quote, please contact your Leading Authorities representative.

Cy Wakeman is a dynamic international keynote speaker, drama researcher, New York Times best-selling author, and global thought leader and business consultant with over 25 years of unparalleled experience who is recognized for cultivating a counter-intuitive, reality-based approach to leadership.

Grounded in reality, Wakeman’s philosophy offers a new lens through which employees and executives alike, can shift their attention inward, sharpen their focus on personal accountability, and uncover their natural state of innovation simply by ditching the drama.

Wakeman’s professional journey began when she was promoted to her first management position in the late 1980’s. Rather than forcing ineffective, conventional management practices into her workplace, Wakeman began developing and teaching her employees a reality-based mindset, one that is founded in personal accountability. What she discovered was inspiring—her employees were not only motivated to succeed, but they were also driven to deliver results, adept to change, and emanate happiness on the job. Inspired to help others transform their organizations and their work, Wakeman began consulting and training. Today, she visits more than 200 companies each year, empowering employees and executives alike to take control of and invest in their work.

Named one of the “Top 100 Leadership Experts to Follow” on Twitter for seven years in a row, Wakeman’s influence continues to build. She was also recognized as #23 on the Global Gurus 2019 list of the World’s Top 30 Leadership Professionals around the world for 2019. Her programs are consistently ranked by participants as the single most impactful training they have ever received.

As a highly sought-after conference headliner and keynote speaker, Cy Wakeman holds a Certified Speaking Professional (CSP) designation from the National Speaker’s Association (NSA), placing her within the top 3% of speakers. She’s a regular contributor on Forbes.com, Success.com, FastCompany.com, The Huffington Post, and Arianna Huffington’s Thrive Global. Wakeman’s ideas have also been featured on many different highly-esteemed programs, outlets, and publications, including the TODAY Show, the AskGaryVee Show with Gary Vaynerchuk, Cheddar TV, The New York Times, Business Insider, The Daily Muse, SHRM.com, and many more.

She has written three award-winning books, including Reality-Based Leadership: Ditch the Drama, Restore Sanity to the Workplace, & Turn Excuses into Results (Jossey-Bass; 2010); The Reality-Based Rules of the Workplace: Know What Boosts Your Value, Kills Your Chances, & Will Make You Happier (Jossey-Bass; 2013); and her most recently published book, No Ego: How Leaders Can Cut the Cost of Workplace Drama, End Entitlement, and Drive Big Results (St. Martin’s Press 2017.)

Wakeman’s newest book, No Ego, points out that Ego-driven behaviors are the number #1 source of drama in workplaces today, and it’s costing organizations billions annually. The philosophy of “perfecting the environment” to create employee engagement just feeds the ego and generates huge amounts of drama and emotional waste. It is high time for a modern leadership philosophy that provides simple tools and techniques to eliminate drama from our organizations, deliver up employees who say yes to what’s next, and cultivate accountability, not engagement, to drive big business results.

She also hosts her own podcast called, the No Ego podcast, she hosts a Facebook Watch show called, Life’s Messy, Live Happy, and she consistently adds fresh and relevant video content to her YouTube channel every week to address leaders’ biggest challenges in the workplace. 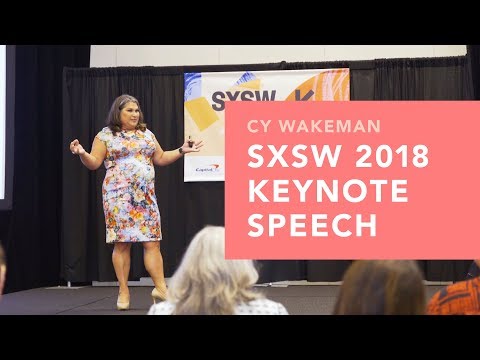 Cy Wakeman: Ditch The Drama – How To Live Happy In A Messy World | TEDxOmaha

No Ego: How Leaders Can Cut The Cost of Drama, End Entitlement, & Drive Big Results.

Recent research conducted by Cy Wakeman in conjunction with the Futures Company, has discovered that rather than driving performance and creating efficiencies for the organization, conventional leadership strategies and philosophies are actually fueling drama in the workplace. In fact, research indicated that under currently prescribed leadership philosophy and strategic best practices, up to three months per year of each employee’s time—potentially billions of dollars annually in the US alone—is wasted in drama.

In this session, Cy proposes a radically different approach to core leadership philosophies, such as engagement, change management, and accountability. Join Cy as she calls leadership professionals to redefine HR and leadership with science and research and to teach leaders strategies and tools that will actually work in their modern workplace.

These are challenging times in our businesses today. In leadership, we must become willing to admit that the ways in which we have taught leaders to lead over the years is simply not working. These times are calling for a new type of leader, one who can bring peace, sanity, and results back to the workplace!

In this session, Cy Wakeman rocks audiences as she teaches the key principles of her new wave of Reality-Based Leadership™.

Business Readiness—Ensuring Our Teams Are Ready For What’s Next.

In this high energy session, Cy Wakeman will help leaders understand their heightened responsibilities in delivering teams and talent that are ready for what’s next along with strategies to ensure that teams able to quickly adapt and change and deliver on the needs of the organization to provide relevant, high-value, services in even mature markets. After all, change is only hard for the unready.

Hardwiring Accountability Into Your Workforce.

Everyone is talking about accountability, but few organizations are actually successful in ensuring that personal accountability is hardwired into their talent and everyday business operations.

In this dynamic, provocative, and groundbreaking presentation, you will be introduced to the concept of Reality-Based Engagement, where accountability and engagement intersect to produce awesome results. This will include some practical guidance for how to cultivate the power of personal accountability within your organization.

Cy ‘WOWED’ everyone in attendance! Cy Wakeman has been one piece of a significant investment over the last five years in developing our organization’s leaders. One very important piece! Cy is dynamic, engaging, on point, and does a great job getting at the proverbial ‘elephants in the middle of the table!

Cy Wakeman came highly recommended as a keynote speaker and she didn’t disappoint. Our luncheon event sold out and we had people on a waiting list looking for an open spot to hear Cy speak—and nobody cancelled! What our audience enjoyed was how candid she was and people could relate to that. She didn’t talk down or over our heads—it was like she was kicking our backside with some solid leadership skills that we could really use in both our business world and everyday life. Cy received high marks from our post-survey results and members want her back for more! 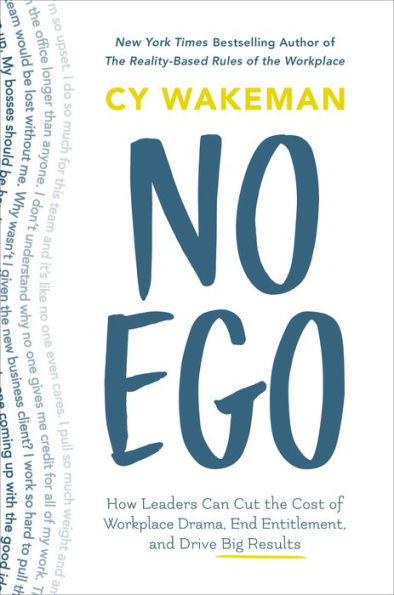 No Ego: How Leaders Can Cut the Cost of Workplace Drama, End Entitlement, and Drive Big Results 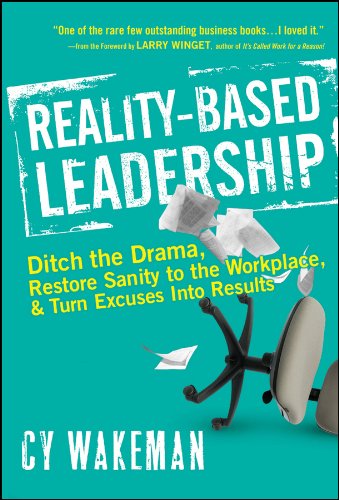 Reality-Based Leadership: Ditch the Drama, Restore Sanity to the Workplace, and Turn Excuses into Results 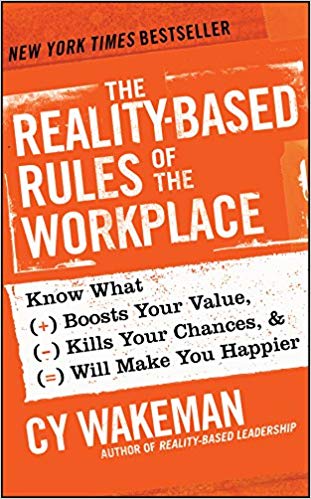 The Reality-Based Rules of the Workplace: Know What Boosts Your Value, Kills Your Chances, and Will Make You Happier 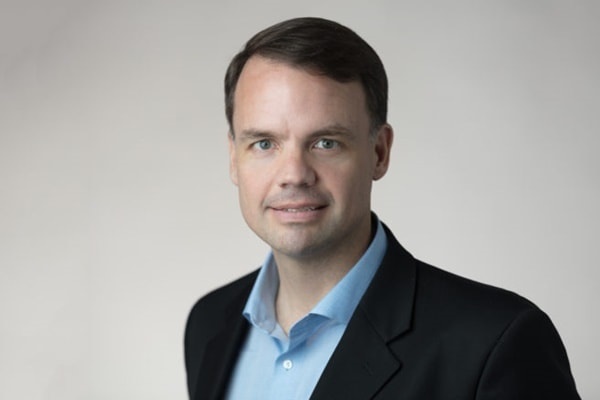 Micah Zenko
Director of Research and Learning, McChrystal Group & Author of Red Team: How to Succeed by Thinking like the Enemy 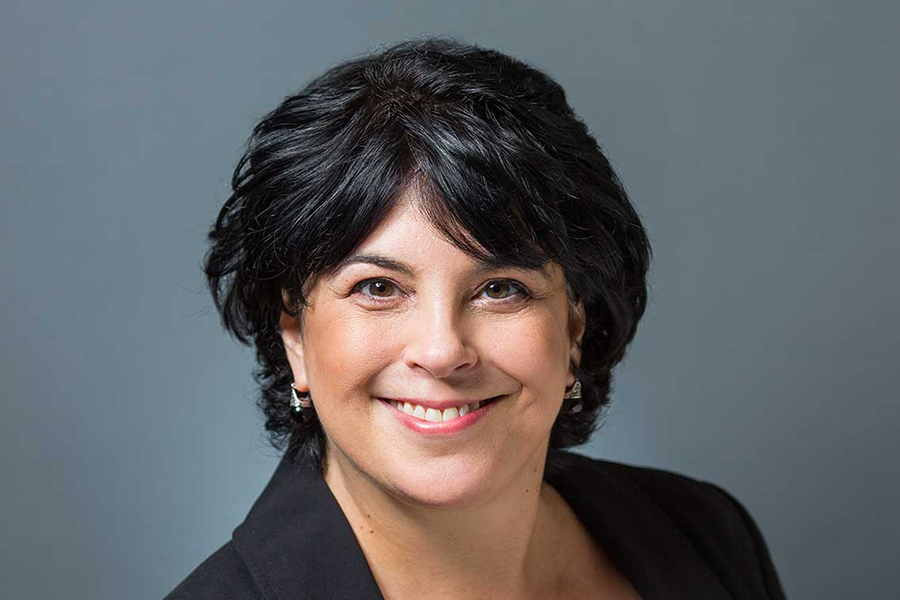 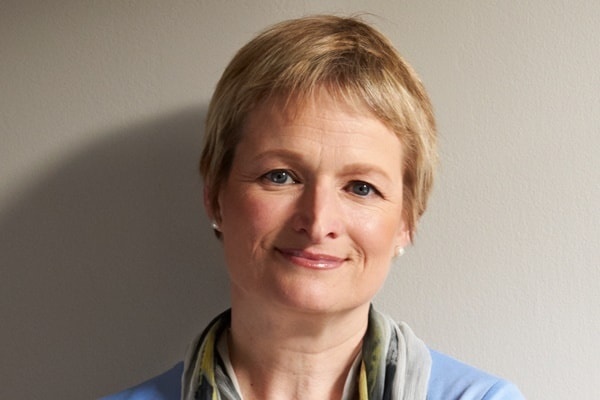