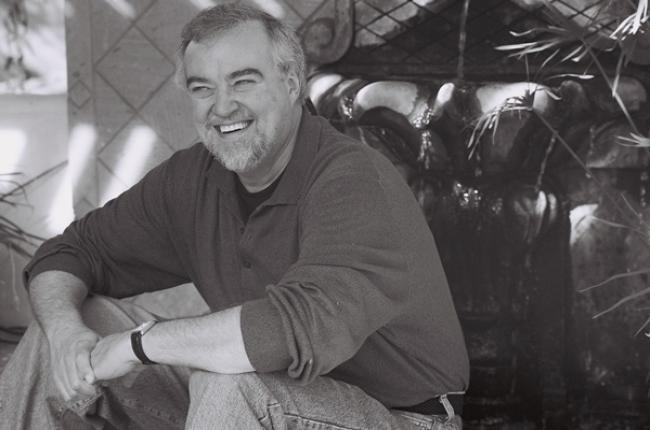 Dale Dauten is Founder of The Innovators’ Lab™, an organization devoted to developing and testing new ideas in management and marketing, whose member organizations include Caterpillar, Avnet, NASA and General Dynamics. Dale authors two newspaper columns, both nationally syndicated by King Features: The Corporate Curmudgeon and JT and Dale Talk Jobs.  They appear in over a hundred newspapers around the country.

In addition, Dale has authored seven books. The three most sought after are: The Max Strategy, a study of innovation, about which Harvey Mackay said, “It will challenge every preconceived notion you have about making your career take off”; The Gifted Boss, which prompted Ken Elkins, former CEO of Pulitzer Broadcasting, to say “Dauten makes you rediscover the joy missing your career“ and The Laughing Warrior: How to Enjoy Killing the Status Quo inspired author Steve Chandler to write, “Dauten’s work clearly soars ahead of his time.  He is the Obi-Wan Kenobi of business consultants.” His newest book, Great Employees Only, focuses on how Gifted Bosses attract the best because they don’t just offer jobs, but admission to “circles of helping,” where colleagues inspire one another to grow and blossom.

Dale’s background as a manager with two major corporations, an executive with two consulting companies, and head of his own nationally-known marketing research firm, had allowed him the opportunity to work with top industry leaders, including McDonalds, Procter & Gamble and 3M.   Further, his writing has given him the opportunity to interview not only top business leaders, but innovative management thinkers, as well as coaches and political figures.

Never trust a manager who always loves what you do.  The manager who is full of nothing but praise and “keep-it-ups” is either lazy or incompetent. It’s easy to be nice, to give high marks and move on.  (Nobody complains about the teacher who gives all A’s.)   But great employees want to be challenged, to have new and intriguing assignments.

A Magnificent Intolerance.  You don’t get what you want or what you need; you get what you refuse to accept less than.   We now have a workplace where virtually all employees were raised on positive reinforcement. The unintended consequence is systematic self-satisfaction. Managers get positive reinforcement from giving positive reinforcement, creating a spiral of self-congratulation that tends to produce feel-good management that, sadly, often translates to soft, slow management. The antidote is to shove the organization along another axis, the competitive-surprise-experimentation one… and we do mean “shove,” for as Dale has concluded, the increase in performance in an organization is predictable: you get only as much as you demand.

The Generalist is Dead, or “Make yourself special”.  Though most people don’t think see themselves as specialists, the Lovable Hard-ass insists that everyone must put the “special” in “specialist.”  An example…When Jim Potts helped his son open Lewis & Clark Outfitters, a retailer of outdoor gear, the senior Potts didn’t have much product expertise, so he decided to focus his attention on the one product he did understand: socks. He called the company that makes SmartWool socks and told them that he intended to become their number one store. They told him that he’d do well to sell a thousand pair a year. His quixotic response: “I can sell that many in a week.” His record is 1320 pair in one weekend. How did he do it? He insisted on finding a way to make himself especially useful to customers and to the store by taking the mundane and making it exceptional.Mere effort isn’t enough.  This is the standard:  Make Yourself Special.

“Are you crazy?”  In high-achievement organizations the response to new goals is often, “Are you crazy?” That the sound of leaders truly leading, taking their teams leaping into the future.

Why is it that a maker of horse blankets more than tripled prices and sales – not just dollar volume, but unit sales – went up?

How did a manager alter one sentence and cut his off-hours management time by 90%?

Why is it that the sentence “I have an idea!” is dreaded by most managers rather than welcomed?

How can it be that the country’s winningest coach insists that he never talked to his teams about winning?

(Great) Employees Only: How Gifted Bosses Hire and De-Hire Their Way to Success