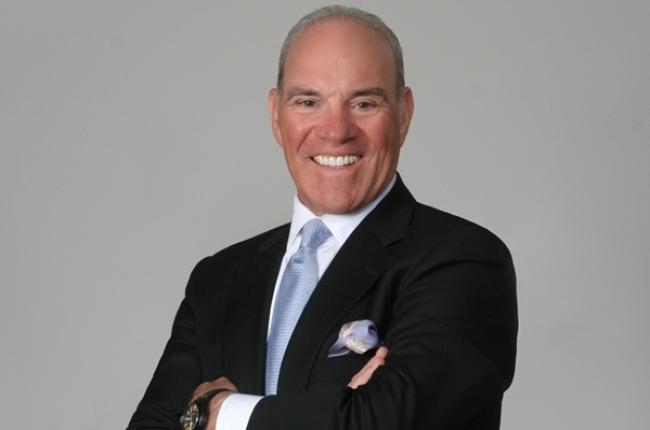 What does it take to be effective during a time of rapid change? How do you increase the likelihood you’ll be successful at leading breakthrough change at your organization? David Pottruck, the former CEO of Charles Schwab, is the author of the New York Times and Amazon best-sellers Clicks and Mortar and Stacking the Deck, which offers a nine-step plan for leaders looking to inspire meaningful, lasting change at their organizations. No stranger to reinvention and transformation, Pottruck helped the company revolutionize the way stocks are bought and sold and led Schwab as one of the first companies to rebuild its business model around the internet. His storied 20-year career at Charles Schwab included growing the company from $50 million in revenue to $5 billion, increasing client assets from $25 billion to more than $1 trillion, and developing a new leadership paradigm at the firm. Pottruck has been a frequent guest on CNBC and has been quoted, interviewed, and profiled by virtually every financial publication of note. He was named by Smart Money as one of the three most influential executives in the world of investing, and Institutional Investor named him the single most influential executive in online finance. He was also named one of the “Top 15 CEOs” by Worth, “CEO of the Year” by Information Week, “Executive of the Year” by the San Francisco Business Times, and “CEO of the Year” by Morningstar.

His expertise spans finance, transportation, retail, and technology, and he is consistently ranked as the top faculty member at the Wharton School of Business, where he teaches the school’s most popular class – leading transformational change – to hundreds of executives from around the world. In 2015, he delivered Wharton’s commencement address. Pottruck shows audiences how to develop a game plan for success and be better prepared as they approach and overcome the challenges of change. From linking purpose and mission to communicating honestly and effectively, he gets to the heart of what it takes to flourish in today’s rapidly-paced business world.

Building Charles Schwab. After being hand-chosen by Charles Schwab to head its marketing department, Pottruck paved the way for a new kind of financial services firm that would ultimately become the industry standard. Together, the pair set a new tone, with Pottruck becoming “Mr. Inside” of the online stock trading revolution, designing the strategies and putting people in the right place to perform. He and Schwab were co-CEOs for five years, building the company into an industry behemoth. Pottruck also was the originator of San Francisco-style corporate management, influencing the way the upcoming technology businesses managed employees and customers.

Pottruck has been a coach and a teacher all his life, and he claims that his success was due to the things he learned as a wrestling coach at his alma mater, the University of Pennsylvania. In addition to teaching, he serves as a senior fellow in the Wharton School of Business Center for Leadership and Change Management. He also was on the university’s board of trustees, donated a new gym in 1999, and gave the Wharton commencement speech in 2002.

Financial Expertise. Today, Pottruck is the chairman of Red Eagle Ventures and Hightower Advisors. He also sits on Intel’s board of directors and is the former CEO of Eos Airlines. 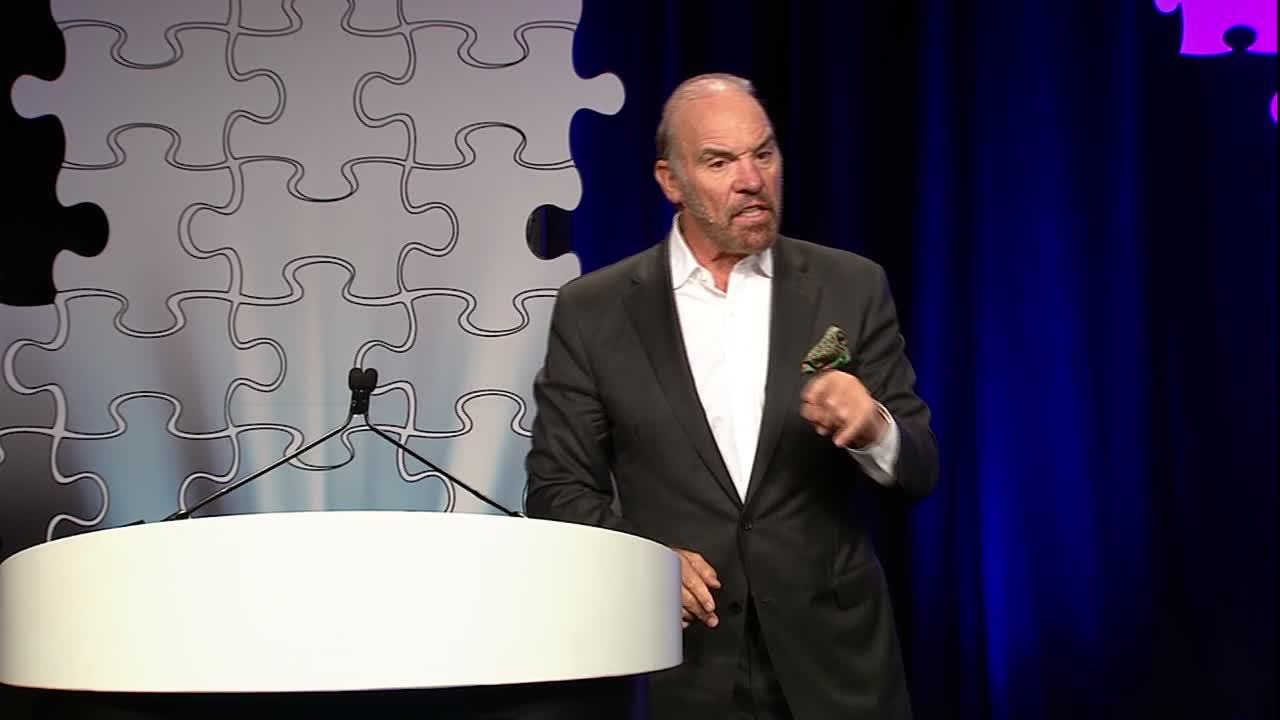 Imagining Solutions that are Unimaginable

How to Lead Breakthrough Change. What does it take to operationalize big ideas and lead breakthrough change at your organization? When the risks are high, how do you get great employees to contribute to your success and drive ideas forward? David Pottruck, the former CEO of Charles Schwab, shares stories and offers a nine-step plan for leaders looking to inspire meaningful, lasting change at their organizations. With expertise that spans finance, transportation, retail, and technology, and material from his award-winning programs at Wharton, he shows audiences how to turn change into opportunities that create competitive advantage. From why change is so hard (and how to overcome that resistance) to inspiring, rather than motivating those at your organization (and why that difference is important), Pottruck shares stories, case studies from the world’s top executives and brands that demonstrate how to approach and successfully implement breakthrough change. Authentic and engaging, he offers what he learned from both his successes and failures and encourages Q&A and audience interaction so that he can become a part of the change process and help organizations succeed.

Leadership Development: How to Empower Leaders and Evaluate Yourself. In today’s increasingly transparent work world, it’s more important than ever to honestly and effectively evaluate yourself and those you work with and lead. Pottruck, the former CEO of Charles Schwab, knows this lesson better than anyone. Having spent the past decade since his departure from Charles Schwab reflecting on his storied career, publishing best-selling books, and teaching at the Wharton School of Business, this talk from David Pottruck focuses not only on how to lead but how to empower others to make the jump from loyal employee to revered leader in their own right. A fantastic choice for leadership workshops or company retreats, Pottruck’s brutally honest and anecdotally-filled talk looks at the disconnect than can exist between the executive leadership team and those they lead, the benchmarks by which leaders should evaluate themselves, the constant need for reinvention amid global change, and how to uncover the motivating factors that unlock employee potential. Digging deep to get at the roadblocks preventing advancement and empowerment, Pottruck is a top choice for leaders who aren’t afraid to face their strengths—and weaknesses—head on.

The War for Talent. Through his decades-long career working next to Charles Schwab—and his work to rebrand tech titan Intel, where he currently sits on the board—David Pottruck came to a stark realization: There is no substitute for strong talent within a growing and changing organization. According to Pottruck, hard work is not enough and, in order to succeed, companies need to engage whole-heartedly in today’s war for talent, recruiting inspirational leaders that other employees will willingly follow and establishing a clear and passionate corporate ethos that will motivate new hires to jump on board. Through reflections on his time at Charles Schwab, leading a team of 15,000 and challenging himself to be the type of talent he sought out in those around him, Pottruck shares lessons that high-level executives and new employees alike can use to both recruit and become rising stars. Honing in on characteristics that make for great leaders including authenticity, a perception of momentum, and a sense of working towards something bigger than themselves, Pottruck lays out what it takes to succeed on both ends of the hiring process.

What Most Marketers Get Wrong About Marketing

This Class Teaches How to Lead Breakthrough Change

Overall, Dave was an exceptional resource and one who truly engaged the audience on many levels. Of course, his message, delivery and authenticity were simply superior. As well, he made each of our 130 guests from nearly 50 countries feel they gained a friend who provided valuable take home value that will help them in their businesses going forward. On a personal note, Dave was also very helpful to me with regard to the overall purpose of our conference, by doing a thorough job of researching our industry and spending a good amount of time prior to the event, getting to know our company, competitive landscape and a solid understanding of our future forward goals/vision. With that level of preparation, Dave was able to utilize his message and guiding principles in a manner that was very tangible and relevant to our audience members. In total, Dave was by far the most valuable keynote speaker we have engaged in the 15 years we have conducted this event and I would highly recommend him to a friend or other business associates.

Stacking the Deck: How to Lead Breakthrough Change Against Any Odds