David Rehr gets results. As a lobbyist with more than 25 years of experience on Capitol Hill and in the advocacy community, he has key insight into helping organizations increase visibility and effectiveness. Rehr has enjoyed remarkable success in the realm of public policy and his no nonsense, down-to-earth style consistently helps organizations cut through the clutter and get their message heard. Whether he's helping an organization reinforce their brand in novel ways, or training grassroots members for the trip to Capitol Hill, Rehr's strategies are unexpected and impactful. With natural energy, and a mind brimming with ideas, its easy to see why he has been named to Washington Life Magazine's Power 100 list and is annually listed a Top Association Lobbyist. His communication techniques get noticed by key legislators and their staffs, and he excels in areas of strategy and branding.

High Impact. Rehr was most recently the president and CEO of the National Association of Broadcasters, where he spearheaded a multi-million dollar technology advocacy campaign and led the industry's DTV transition campaign.  Before that, Rehr was president and CEO of the National Beer Wholesalers Association. Under his leadership, NBWA's visibility soared, and the association was ranked as one of the top ten most influential lobbying organizations by Fortune magazine. He has also served as principal lobbyist for the National Federation of Independent Business, and on the Hill as executive assistant to Representative Vin Weber (R-MN). Rehr holds a doctorate in economics from George Mason University, and his expertise and insights have been featured in numerous major U.S. media outlets, including the Boston Globe, Wall Street Journal, USA Today, Washington Post, Washington Times, New York Times, ABC World News Tonight, and C-Span.  He has spoken in more than thirty states and has appeared at the prestigious National Press Club in Washington, DC. He currently serves as a senior advisor to Leading Authorities assisting associations, chambers of commerce, and nonprofit organizations design and stage high-impact Washington conferences and fly-ins. He also serves on the board of directors of Saint John's University and the Chamber of Commerce's Association Committee of 100.

Leave nothing to chance. Rehr has been an outspoken advocate for entrepreneurs and small business before the federal government. His extensive experience meeting with policymakers and testifying before Congress have given him an arsenal of tools, techniques, and instructive anecdotes to help associations achieve their objectives. He preaches preparation, and reminds associations to leave nothing to chance. Rehr is passionate about bringing new ideas to advocacy and presents a clear-headed and exciting plan for reinventing messaging strategy for increased effectiveness. 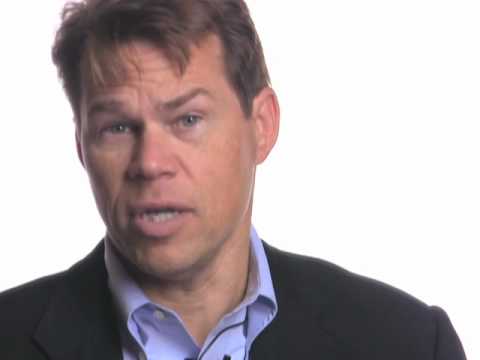 Secrets from an Advocacy Insider. David Rehr gets results. As former head of the National Association of Broadcasters and the National Beer Wholesalers Association, he has key insight into helping organizations increase visibility and effectiveness. He'll share communication techniques that get noticed by key legislators and their staffs, and reveal how to design and stage a high-impact Washington conference. Rehr excels in areas of strategy and branding, and he?ll identify the small changes that can make a big difference for your association's advocacy objectives.

Energizing Your Grassroots Constituents. Rehr tackles the core objectives of grassroots advocacy. How can you get people back home more engaged? He helps organizations pinpoint the right people, in the right district, and train them to stay on message. Whether the goal is campaign involvement, town hall meetings or building energy around a specific issue, Rehr excels at training organizations to maximize their grassroots opportunites.

Building an Advocacy Organization from the Ground Up. It?s more than just staffing. With so many messages flooding the halls of Congress, creating an organization that can cut through the clutter effectively is an art and a science. David Rehr uses over 25 years of experience in Washington to help young organizations rise to prominence. He examines the perceptions of your organization by the public, discusses strategies for planning visits to Capitol Hill, and marketing and branding opportunities. Rehr's insight and experience is invaluable for anyone looking to get their message heard.

Positioning (or Re-Positioning!) Your Brand. David Rehr excels in areas of branding and marketing for association clients. The first step is examining how the public sees your organization, and how they see your competitors. When you decide on a branding strategy, reinforcement is the key. Be evangelical about your brand both internally with staffers and externally with vendors. Rehr reveals tricks to create and reinforce an authentically different brand for your organization, and how to achieve "stickiness" so that people remember it.

The Importance of Business Leaders to Political Activism. A very low percentage of Congress-people have actual business backgrounds, leading to a disconnect in understanding how changes in policy can bolster the economy in their districts. Rehr explains that business people need to be more engaged in politics, whether by representing their trade organization in a meeting with Congress, or by building grassroots energy at home. He reveals business lessons that can be applied to Washington, and how to treat a visit to Congress like a sales call.

Dr. Rehr spoke to our Washington Fly-In and he was spectacular. As a professional speaker, he will help your members be even more prepared and at ease for their meetings with members on Capitol Hill.