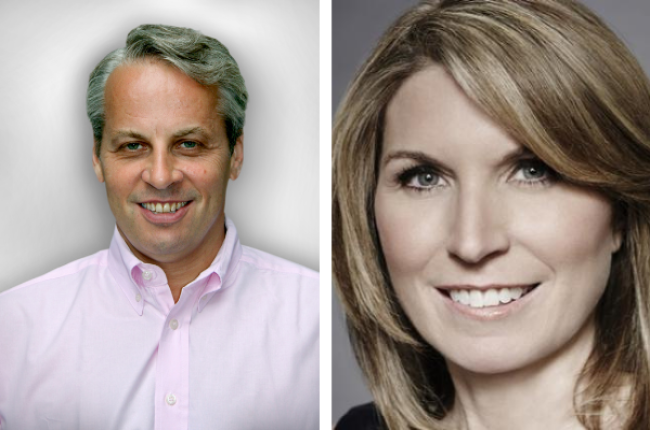 As party leaders from opposite sides of the ever-widening aisle, Doug Sosnik and Nicolle Wallace team up to deliver a presentation packed with behind-the-scenes anecdotes, unparalleled expertise, and the vast political wisdom that comes from advising Washington’s top leaders.

Having served as a senior advisor to President Bill Clinton for six years, Doug Sosnik played a key role in the policy, strategy, and communications decisions made during the Clinton administration’s tenure. A consummate Washington insider and contributor to TV and digital news outlets including Politico, his speeches draw on many years spent in the political arena to take audiences inside the White House and behind the closed doors of Capitol Hill’s most powerful offices. Sosnik’s vast experience as Senior Advisor for Policy and Strategy, White House political director, and Deputy Legislative Director allow him to advise prominent clients on leadership, adaptability, crisis management, and strategic planning.

Nicolle Wallace is a best-selling author, a political analyst for MSNBC, a top strategist for the GOP, and the former Special Assistant to the President and Director of Communications at the White House under President George W. Bush. The New York Times called her a “tough, savvy, and hard-charging conservative political operator,” and her White House colleague, presidential political advisor Mark McKinnon, called her a “rare talent in politics.”

Former presidential advisors Doug Sosnik and Nicolle Wallace team up to deliver a presentation packed with behind-the-scenes anecdotes, unparalleled expertise, and the vast political wisdom that comes from advising Washington’s top leaders. Sosnik and Wallace take audiences into the Oval Office, offer sharp and original commentary on the latest political developments, and share their deeply-informed election predictions. With their fingers on the pulse of the Beltway, Sosnik and Wallace know what makes Washington’s elite tick, why partisanship has morphed into shutdowns and gridlock, and what can be done to remedy the shifting political landscape. This duo keeps audiences engaged and entertained while offering the D.C. rundown they need to stay in the know.