Former Deputy Secretary at the U.S. Department of Energy

Throughout her career at leading universities, research institutions, and in public service, Dr. Elizabeth Sherwood-Randall has engaged the toughest global challenges. This includes strengthening nuclear deterrence, stopping the proliferation of weapons of mass destruction, and countering climate change. She has mobilized and led diverse teams to achieve ambitious goals and continues to tackle problems of consequence in the national security and energy spheres.

Dr. Sherwood-Randall is now a Distinguished Professor of the Practice at the Georgia Institute of Technology with joint appointments at the Nunn School of International Affairs and the Strategic Energy Institute. She is also a Senior Fellow at the Harvard University Kennedy School of Government's Belfer Center for Science and International Affairs and a Global Order Distinguished Visiting Fellow at the University of Pennsylvania’s Perry World House. She advises several U.S. national laboratories, Energy Impact Partners, the Electric Power Research Institute, and cyber security start-ups Arceo and Dragos.

From 2014 until January 2017, Dr. Sherwood-Randall served as the Deputy Secretary of the United States Department of Energy (DOE). In this role, she was the Department’s statutory chief operating officer, executing leadership and management responsibilities for the entirety of the DOE ecosystem, including the National Nuclear Security Administration and 17 National Laboratories. She provided strategic direction for its broad and complex missions including ensuring the effectiveness of the U.S. nuclear arsenal and preventing proliferation, advancing the frontiers of research and innovation in science and energy, fulfilling environmental management commitments, and building a more secure and resilient U.S. power grid. She also led multiple bilateral and multilateral energy, climate, and nuclear security dialogues with international counterparts in Asia, Europe, Latin America, and the Middle East.

Prior to her tenure at DOE, Dr. Sherwood-Randall served as Special Assistant to the President and White House Coordinator for Defense Policy, Countering Weapons of Mass Destruction, and Arms Control from 2013 to 2014. In this role, she managed the Nuclear Security Summit process, oversaw the removal and disposal of all declared Syrian chemical weapons, and spearheaded a White House initiative to reduce sexual assault in the U.S. military. From 2009 to 2013, she served as Special Assistant to the President and Senior Director for European Affairs on the White House National Security Council, advising the President and leading the revitalization of America’s alliances and partnerships with 49 European countries, the North Atlantic Treaty Organization and the European Union.

In the Clinton Administration, Dr. Sherwood-Randall served as Deputy Assistant Secretary of Defense for Russia, Ukraine, and Eurasia, leading unprecedented efforts to successfully denuclearize three former Soviet states and build partnerships with 12 countries that emerged from the breakup of the USSR. Earlier in her career, she served as Chief Foreign Affairs and Defense Policy Advisor. She has also held positions at Harvard University, Stanford University, the Brookings Institution, and the Council on Foreign Relations. 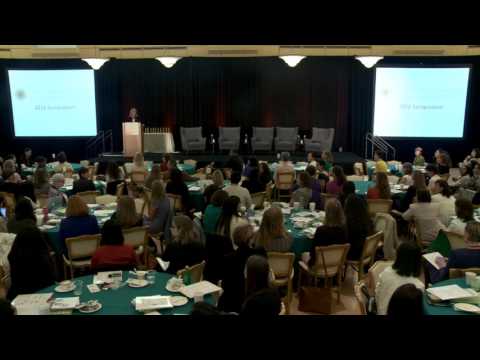 Assessing Global Trends, Threats, & Opportunities. As a national security and foreign affairs expert who has devoted her career to addressing the world’s most pressing global challenges, Elizabeth Sherwood-Randall provides a comprehensive look at the major trends and most significant threats facing the world today. Drawing on extensive insider experience, having served earlier in her career at the Pentagon as Deputy Assistant Secretary of Defense for Russia, Ukraine, and Eurasia, where she led unprecedented initiatives to successfully denuclearize three countries, and more recently at the White House National Security Council where she had responsibility for European Affairs and subsequently for Defense Policy, Countering Weapons of Mass Destruction and Arms Control.

Elizabeth will walk your organization through the most pressing challenges to global stability today, including:

Elizabeth can break down even the most complex and daunting issues in a way that makes them relevant to leaders and organizations across industries.

Brexit: What It Means & Why It Matters. Elizabeth Sherwood-Randall served at the White House as the President’s principal advisor on Europe with responsibility for America's relationships with 49 countries in Europe, including managing the impact of the Eurozone crisis and U.S. policy toward a potential Brexit. She will explain what Brexit actually means and why it matters, including how it will impact American economic and national security interests. Elizabeth will also demystify what a “backstop” means—which has proven to be a major hindrance to an acceptable deal—and talk about what the consequences will be if a reasonable solution is not found for effectively managing the border between Ireland and Northern Ireland.

STEM: Preparing Americans For The Jobs of Tomorrow. Science, Technology, Engineering, and Math (STEM) have emerged as the fundamental skills needed for careers in our changing economy. Elizabeth Sherwood-Randall has worked in a variety of senior leadership roles in which she was at the forefront of efforts to keep the United States on the cutting edge of technological innovation—and leverage those efforts to our economic and national security advantage. Most recently, as Deputy Secretary of Energy she was the chief operating officer of a Federal agency with an annual budget of nearly $30 billion that is a science, technology, and national security powerhouse. She is now a professor at one of the leading S&T universities in the world. Elizabeth speaks accessibly to community leaders, STEM practitioners, and aspiring young people about the enduring value of a solid foundation in science and math—and how it can open doors for women and minorities. For business leaders, she describes the benefits of STEM investments as a pathway to keeping their competitive edge, attracting top innovators, and recruiting and retaining the diverse talent that will power their futures.

Women In Leadership. Elizabeth Sherwood-Randall began her career on Capitol Hill and at the Pentagon as one of very few women in national security. She has often been the only woman in the room, ranging from the Oval Office and White House Situation Room to chairing predominantly male corporate management entities as COO of the Department of Energy. In this most recent role, she often heard from employees at all levels who were excited to see a female leader succeed, and this feedback inspired an ongoing conversation about how to create more inclusive workplaces. She can speak to the importance of recruiting and mentoring the next generation of women leaders—particularly in traditionally male-dominated fields. In this discussion, Elizabeth describes what it means to be an effective female leader and how organizations can and must foster growth opportunities for both women and men in order to achieve their goals.