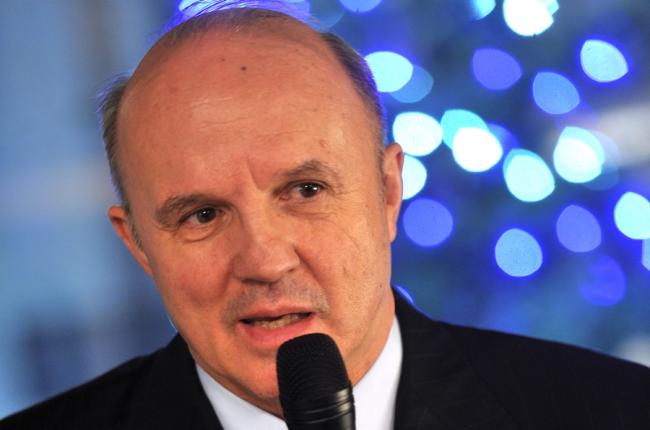 LOCATION/TRAVELS FROM: France
* This specific fee falls within this range. Ranges are presented as a guideline only. Speaker fees are subject to change without notice. For an exact quote, please contact your Leading Authorities representative.

Born August 30, 1948, in Aspet, France, he was admitted to the Ecole Spéciale Militaire de Saint-Cyr in September 1967. He then chose to serve in the infantry and joined the Ecole d'application de l'infanterie (Infantry School) in Montpellier. In the summer of 1970, Lieutenant Georgelin was assigned to the 9th Parachute Chasseur Regiment as Chief of Section. He returned to Montpellier in 1973 as an instructor at the Ecole d'application de l'infanterie. Three years later, he served as a Captain in the 153rd Infantry Regiment in Mutzig, where he took command of a company.

At the end of his command, he spent a year at the military intelligence processing center before joining the Defense Staff as aide-de-camp to the Chief of Staff. Promoted to Major , he went to study at the United States Army Command and General Staff College in Fort Leavenworth, Kansas, then joined the Paris Ecole supérieure de guerre (Staff College).

Transferred in 1985 to the Ecole Spéciale Militaire de Saint-Cyr, Lieutenant-Colonel Georgelin commanded a battalion for three years before returning to the Staff of the Army, where he headed the ‘Studies and forecasting’ section of the ‘Planning and Finance’ Office.

From 1991 to 1993, he took command of the 153rd Infantry Regiment in Mutzig before spending a year at CHEM (Center for Advanced Military Studies) and IHEDN (Institute of Advanced Studies in National Defense). He then became deputy chief of the military cabinet of the Prime Minister from 1994 to 1997. Promoted to Brigadier General in 1997, he was appointed Assistant General to the 11th Airborne Division and joined the SFOR (Stabilization Force) as Head of the "Plans and Policy" Office in the former Yugoslavia.

He was then assigned to the Defense Staff, first as head of the "plans and programs" division and then as Deputy Chief of Staff of "Plans". He was promoted to Major General (général de division) (in August 2000, and Lieutenant General (général de corps d’armée ) in October 2002.

He became personal chief of staff of the President of the Republic in 2002. He was promoted to Army General on October 3, 2003, and then appointed Chief of the Defense Staff of the French Army on October 4, 2006. He was admitted to the second section of warrant officers (officers généraux) on February 28, 2010.

Leadership. What is leadership? What are the main qualities required to be a leader? Are there differences between military leadership and civilian leadership?

War today? Western world and especially European countries have thought for seventy years that war was over.

Rule of Law, culture, globalization, diplomacy, soft power, new technology: we in Europe believed that the world was now entering an era of perpetual peace.

But reality is quite different. War is an anthropological reality. World remains always disruptive  and war still remains the only way to resolve conflict for some leaders.

Military in Modern Democracy. Security and defense were the “raison d’être” of the State. This reality has been in some way lost in modern states where social policies, fight for growth and economic issues are on the “front burner”. Consequently, the place of the armies is quite different in modern states in comparison with what it was fifty years ago; the military budgets are more constrained with the exception of the USA.

How political  leaders set up the military issues? What is the relationship between military leaders and politicians? How does Nato impact the military issues in the nations? Is a European defense feasible ? How the defense industry is shaped.

The World Today is Less Predictable Than it Was Three Years Ago. Is the danger of great wars back again? Where are the main areas of conflicts? Does globalisation increase or reduce the risks of wars? Who are the main players? What position can Europe take? Is there a place for Europe? 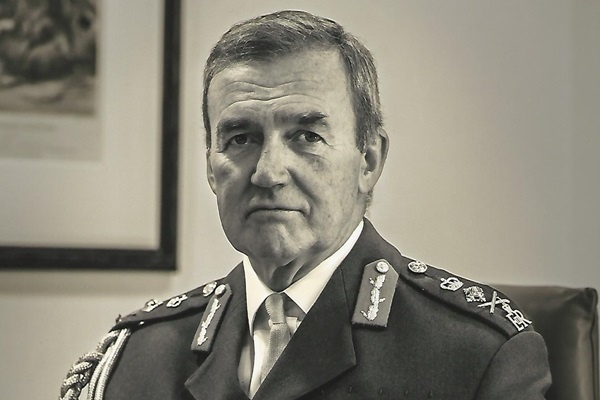 Former Chief of the Defence Staff of the British Armed Forces