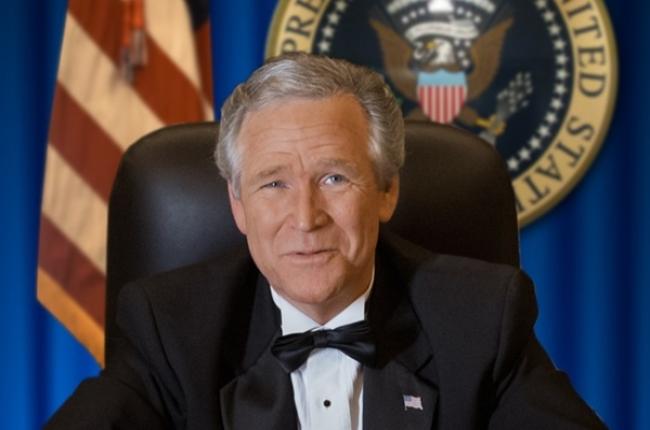 Every American wants to ride on Air Force One, but few have the opportunity. Since 2003, actor/comedian/musician and inspirational speaker - John C. Morgan has been on that ride with his uncanny portrayal of the 43rd President of the United States - George W. Bush.  And, he takes his audiences with him.

Former Arkansas Governor Mike Huckabee once said, “I’ve been with John in many places across this country. I’ve watched him enter a room, and folks are just in awe”.  With nearly 1000 appearances under his belt, John has thrilled audiences both young and old. The normal opening of each performance features a “surprise entrance” by the former president, along with his “secret service” and a spirited version of  “Hail to the Chief” playing in the background. For up to 45 minutes, audience members are given a once in a lifetime opportunity to experience what it is really like to be in the presence of a former world leader. Each lightly customized show features clean, non-partisan humor that even President Bush, his family and friends appreciate. As an optional closer, John delivers a brief patriotic message followed by a heartfelt medley of well known patriotic songs that audiences of all ages love to sing.

Past client - David Jobe, President of CSP Business Media said “Your ability to strike the balance between humor, respect and tastefulness was absolutely outstanding”. “ The only negative to your presentation is that I have no idea how we will possibly top it next year or in years to come”.

Television appearances include Fox and Friends, The Today Show, Good Morning America, Hannity and Colmes, CNN, The View and E!  A certified trainer on leadership and customer service and author of the inspirational biography - “My Life as a Bush”,  John fills out his spare time with motivational and inspirational programs that leave audiences moved with emotion and gratitude for America - this wonderful land of freedom, opportunity and prosperity.