Kirstie Ennis’s story may have begun when she lost her leg after her helicopter went down in Afghanistan, but it certainly doesn’t end there. After more than 40 surgeries and the amputation of her leg first below and then above the knee after a life-threatening infection, the former Marine sergeant has accomplished more at 28 years old than most people have achieved in their lifetimes.

Ennis’ story has been well-documented. She allowed cameras into the hospital to film her amputation ordeal for an inspired short film produced by Cosmopolitan magazine. She was featured on the cover ESPN magazine for the “Body” issue. Photos of Prince Harry embracing Ennis after she completed the 1,000-mile walk across England, Wales and Scotland for the British non-profit Walking for the Wounded appeared in People magazine and she was later honored by the magazine as their “Annual Body Image Hero” in 2016.

Ennis has turned the concept of “disabled athlete” on its head, proving how capable she still is, whether it’s on one leg or two. She competed in boardercross and banked slalom as a Paralympic snowboarder and then ventured into mountaineering, summitting Mt Kilimanjaro (at 19,341-feet it’s the highest point in Africa) to support the non-profit The Waterboys; then successfully climbed Carstenzs, the highest point in Oceania, for The Heroes Project; and then conquered Iliniza Norte, a 16,818-foot peak in Ecuador. She has attempted Cotopaxi, the highest peak in Ecuador, got turned around by weather on Denali, and made it to the South Summit of Everest. She hopes to complete the Seven Summits by climbing the highest peak on every continent by 2021.

What people might not know about Ennis: she’s completed three Master’s degrees (Human Behavior, Business Administration and Public Administration) and is currently working to complete her doctorate in Education. She worked as a stuntwoman on “Patriots Day” starring Mark Wahlberg in 2016. She’s a motivational speaker and appeared on stage at Madison Square Garden in 2015 during the New York Comedy Arts Festival for the Bob Woodruff Foundation's 9th Annual Stand Up for Heroes Event. She’s an entrepreneur and businesswoman who launched a t-shirt apparel company, HeadCase, and opened her first business, the Chapter One Hair and Body Lab in Oceanside, California in 2017. She recently earned her license as a real estate broker for Engel & Volkers in Aspen, Colorado and received the Pat Tilman Award for Service at the 2019 ESPY Awards. Additionally, she was recently named one of Glamour Magazines Woman of the Year as the Visibility Pioneer.

Ennis joined the Marines when she was only 17 years old and enlisted as an aircraft mechanic, inspired by her parents who were both Marines. “I idolized what they were doing. I have always wanted to serve and to help others who can’t protect themselves,” she says. “I wanted to give my parents a reason to be proud of me.” She chose to become an aircraft mechanic because she didn’t know the first thing about airplanes. “I went to the recruiter’s office and told them I wanted it to be hard. I wanted to be challenged physically and intellectually,” she says. After everything she’s been through, that hasn’t changed. If anything, it’s inspired her to push even harder, not only for herself but to inspire others. “I’m extremely proud of everything I did in the military and I’d do it all over again if I could,” she told Cosmopolitan. “That’s what I signed up for. I would lay my life down for the men and women that stood alongside me. At the end of the day I’m thankful it happened to me and no one else.” 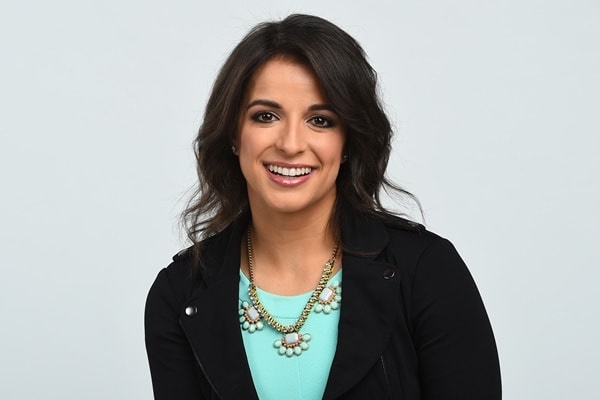