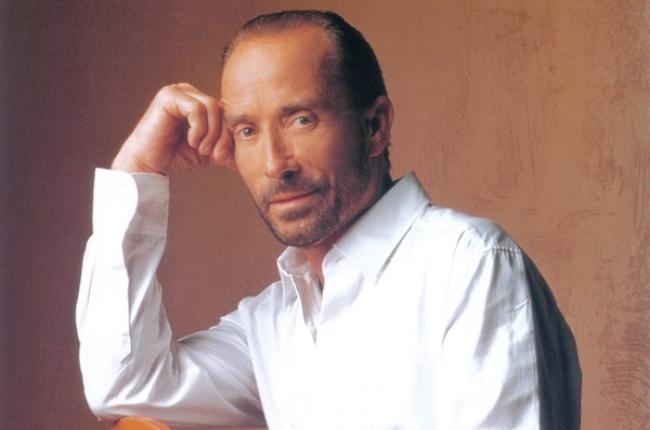 Lee Greenwood couldn't have chosen a more apropos title for his newest album.  Stronger Than Time, his 24th major collection of music, is one more chapter in a career that has indeed become a shining example of the ultimate multi-platinum "American Success story."

Mr. Greenwood, one of the most acclaimed artists internationally and often identified as virtually the ultimate name that comes to mind when patriotism is mentioned in the entertainment industry gained his success the old fashioned way; he earned it. After years of trying to gain recognition in the music industry, his hit song "God Bless the USA", released in 1983, transported Greenwood into a niche of American pop culture that is seemingly reserved for him and him alone.

Like many great careers, Greenwood's had humble beginnings on a farm near Sacramento, California. He began honing his musical abilities in junior high school, learning to play most of the instruments in the orchestra by age 14. Both of his parents were musicians, and Greenwood followed  in their footsteps from an early age. He was quick to acquire both musical and business skills that would prove necessary for his life as an entertainer.

He formed his first band, the Moonbeams, while still in junior high school. By the time he had graduated high school, Greenwood was already a seasoned performer. His career became the focal point in his life, so much so, that he turned down a music scholarship to the College of the Pacific, abandoned a promising professional baseball career, and even skipped his own high school graduation because he was booked to perform a standing engagement at the Golden Hotel & Casino (now Harrahs) in Reno, Nevada.

Reaching out for his own recording opportunity, Greenwood moved to Los Angeles to record his first solo album on Paramount. This attempt was a successful project but was never released. After a two and a half year struggle, Greenwood returned to Las Vegas to recover lost economy. Instead of letting his trials bring him down, he found inspiration in coming so close to success. In 1978 he left Las Vegas again to move to Nashville to write and record a demo session with the help of the Mel Tillis Band. The results of this opportunity led to his contract with MCA and his producer Jerry Crutchfield. Their first session together yielded hit songs like "It Turns Me Inside Out," "Ring On Her Finger, Time On Her Hand," "Ain't No Trick," and introduced this dynamic new recording artist to country music.

Mr. Greenwood found wide acceptance amongst country music audiences who appreciated his powerful vocals and energetic show. Only two years after the release of his debut album, he won the coveted Country Music Association's Male Vocalist of the Year award. He won the same award again, and then went on to win a Grammy for Best Male Country Vocal Performance the following year. In 1984 he won the ACM Male Vocalist of the Year award while his first three albums achieved gold status, and his Greatest Hits quickly achieved platinum.

After the Gulf War in 1991, Greenwood was one of the most in-demand performers due to his great support of the military and veterans at the time. The staying power of this dynamic performer throughout twenty successful touring years remains evident in every one of his shows. He has done numerous TV appearances, hundreds of radio interviews, toured with the United States Organization, including his latest USO tour in September of 2003.

In 1995, Greenwood decided to take a break from his rigorous touring schedule to start a family with his wife Kim. Their first son Dalton was born in April of 1995 and three years later in July of 1998 they welcomed their second son Parker Reid. In order to spend more time with his family, Greenwood constructed the "Lee Greenwood Theater", nestled in a picturesque Tennessee mountain setting near Gatlinburg. The theater was heralded for its state-of-the-art sound and lighting, as well as one of the most entertaining shows around.

Since the tragedies of September 11th, Greenwood has seen his signature hit "God Bless The U.S.A." take on yet another incarnation. Since the attack on America, airplay has increased ten fold, skyrocketing "God Bless The U.S.A." back into the top 20 of the Billboard country airplay chart, and sending Greenwood's 1992 album American Patriot to the top of the sales charts. The album was certified gold in October 2001 and platinum in December 2001. In January of 2002, he signed a long-term recording contract with Curb Records.

Mr. Greenwood's performances continue to be as in-demand as his music. Appearances at The Prayer service at Yankee Stadium, a moving a cappella performance for the rescue workers of Ground Zero, the nationally televised Thanksgiving Day parade in Detroit, Michigan, Game 4 of the 2001 World Series, LIVE With Regis and Kelly, Entertainment Tonight, Good Morning America, Larry King Live, Fox & Friends, Hannity & Colmes, The Other Half, Movie Guide Awards, Access Hollywood and many more. He continues to maintain a rigorous touring schedule, including visits to military bases and performances at government functions, including the Veteran's Day ceremony at the Vietnam Veterans Memorial in Washington, D.C.

Noted Greenwood in a recent interview: "If you're smart, you learn pretty quickly that life in the music industry is a journey that never really posts an 'arrival time.' I've loved the ride, the ups and even the downs, and it's only thanks to God and a lot of good people around me that I've stayed pretty steady no matter how hard the ground shook. I think it's a lesson we all collectively learned as a nation on 9-11. The ground shook, but when the dust cleared, we stood strong, prouder than ever to be Americans."