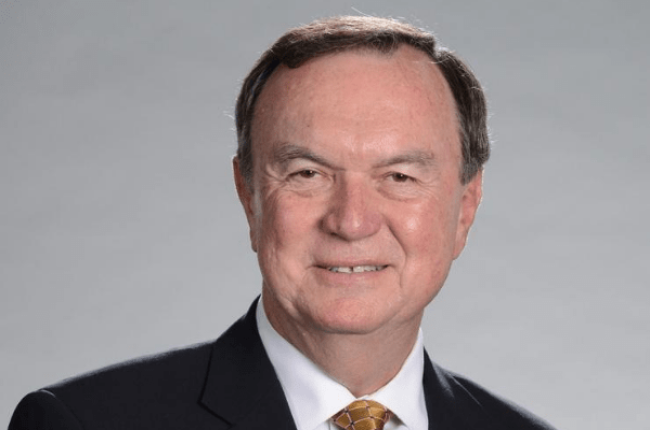 LOCATION/TRAVELS FROM: AR
* This specific fee falls within this range. Ranges are presented as a guideline only. Speaker fees are subject to change without notice. For an exact quote, please contact your Leading Authorities representative.

Mike Duke served as the CEO of Walmart, the world’s largest retailer and the biggest private employer, from 2009–2014. He was the fourth CEO since the company became publicly traded in 1970. Inheriting an organization facing one of the toughest retail environments in company history, he helped navigate a period of economic, social, and technological change while delivering strong financial results. He grew the retailer’s net income 27-percent in his first year (despite the recession) and worked to restructure the company prioritizing e-commerce. Under his leadership, Walmart made serious investments in high-tech talent, acquired several startups, and injected a bit of Silicon Valley into Bentonville, Arkansas. The company also expanded significantly internationally and became a leader on the issues of sustainability and corporate social responsibility. Much of this success can be attributed to Duke’s strong leadership regarding the company’s culture and core values. Walmart has the power to positively influence governments, businesses, and individuals around the world, and Duke make sure that the company not only grew but grew with integrity.

Ranked No. 10 on Forbes’ list of “The World’s Most Powerful People” in 2013, Duke built his expertise by learning from and interacting with everyone from Walmart customers around the world to officials in the highest levels of government. With Southern charm and a warm personality, he shares insights on leadership, corporate culture, sustainability, and international growth. He is exclusively represented by Leading Authorities, Inc. speakers bureau.

Walmart Experience. Under Duke’s leadership as CEO, Walmart greatly expanded internationally. Now in 27 countries across the world, he helped the company enter Africa and grow in China, Latin America, and other markets. He was also a driving force behind Walmart’s leadership on environmental issues, including its goals of being waste free and operating on renewable energy. Duke joined Walmart in 1995 and led the logistics, distribution, and administration divisions, as well as Walmart U.S. From 2005–2009, he served as vice chairman of the company, with responsibility for Walmart International. Prior to joining the company, he had 23 years of experience in retailing with Federated Department Stores and May Department Stores.

Education and Boards. Duke has served on the board of The Consumer Goods Forum, the executive committee of Business Roundtable, and the executive board of Conservation International’s Center for Environment Leadership in Business. He has also sat on the Tsinghua University School of Economics and Management Advisory Board in Beijing. He currently serves as Adjunct Professor at his alma mater, Georgia Tech, and also serves on the Georgia Tech Foundation Board of Trustees. He is currently a member of the National Academy of Engineering.

Duke received a Bachelor of Industrial Engineering from Georgia Tech, and was awarded honorary doctorates from University of Arkansas and Georgia Tech. He has also received honors and awards from many organizations, including the Executives’ Club of Chicago’s “International Executive of the Year Award,” the Grocery Manufacturers Association’s “Hall of Achievement Award,” the Committee Encouraging Philanthropy’s “Force for Good Award,” and the Committee for Economic Development’s “Global Leadership Award.” 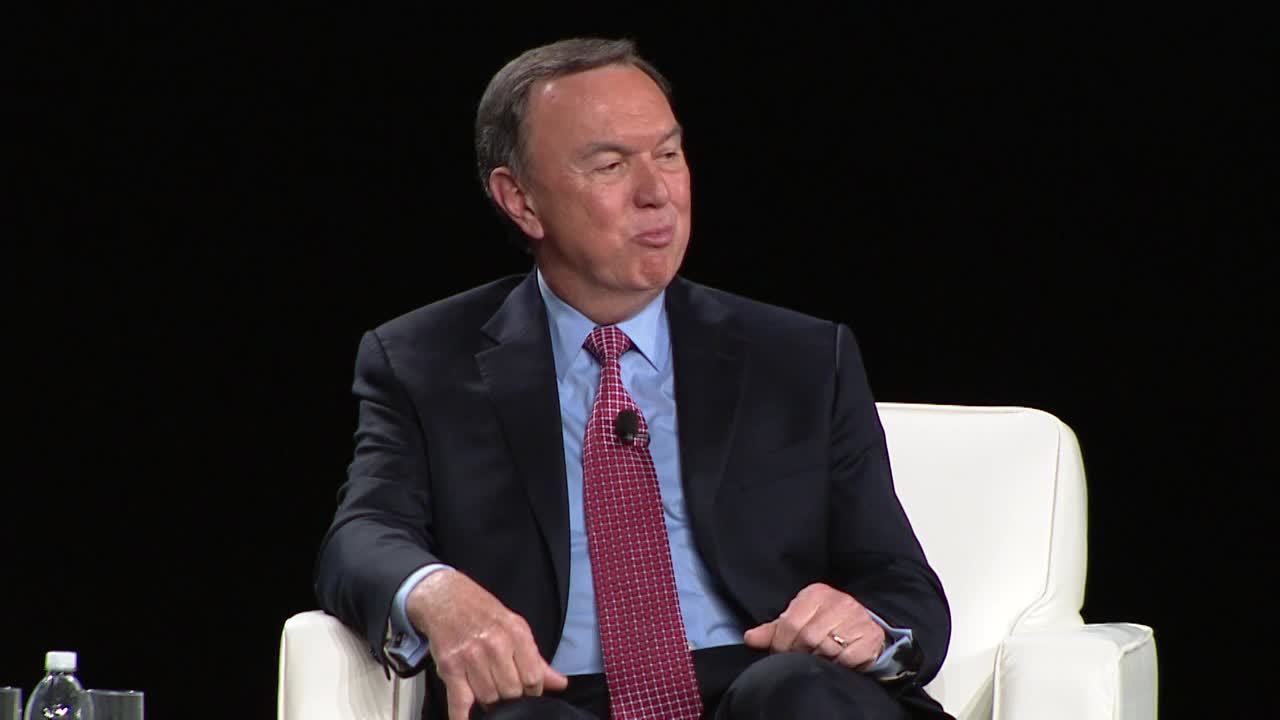 Building and Sustaining a Positive Corporate Culture. Mike Duke shares insights on how to create a lasting corporate culture that values integrity, responsibility, inclusion, and innovation. From communication, training, and information sharing to incorporating culture into everyday management activities, he looks at how culture is top-down driven (and how managers should handle this), how to address variants from culture, and how to deal with differences in how business is done in other countries. With expertise built by learning from and interacting with everyone from Walmart customers around the world to officials in the highest levels of government, Duke is warm and engaging as he injects his Southern charm and unique perspective into how to build and productive and innovative corporate culture.

Leading the Largest Business in the World. What does it take to lead the world’s largest retailer and the biggest private employer? What characteristics does a leader need to possess? Which of the company’s strategic areas are the most important to focus on? Former Walmart CEO Mike Duke shares insights on how to take the helm of a company that all other businesses look to as a measuring rod. From expanding internationally to leading a restructuring that prioritized e-commerce, technology, and innovation, Duke shares stories about growing a company while maintaining its values. Warm and with his signature Southern charm, he not only offers lessons learned from his time at the retailer but also helps audiences understand how to apply his takeaways to their own organizations.

Sustainability and the Bottom Line. The driving force behind Walmart’s commitment to being waste free, utilizing 100% renewable energy, and selling products that are sustainable, Mike Duke looks at how improving a company’s sustainability standards can be one of the best things for its bottom line. Eliminating waste, reducing carbon footprints, and decreasing energy usage is good for the efficiency of operating a business, which turns into real dollars and cents. He also shares insights on maintaining sustainability standards while expanding internationally and managing varying regional laws.

Growing a Company in International Markets. Mike Duke shares insights on taking a company overseas. Pulling from his extensive expertise from expanding Walmart into China, Latin America, and Africa, he shares insights business strategy abroad and how the emerging middle class of the world is generating global opportunities. 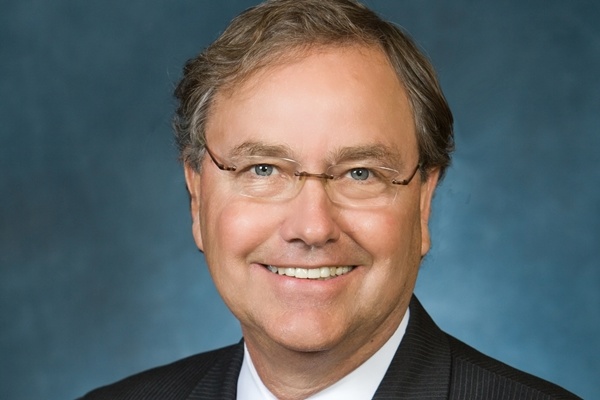 H. Lee Scott
Former President and CEO of Walmart; Chairman of the Executive Committee of the Board of Directors at Walmart
Image 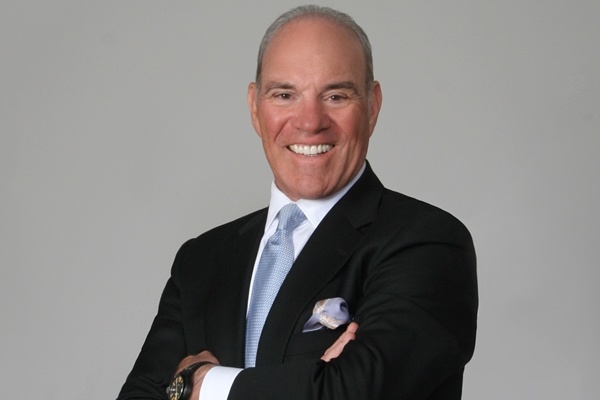