Former Under Secretary of Defense for Intelligence 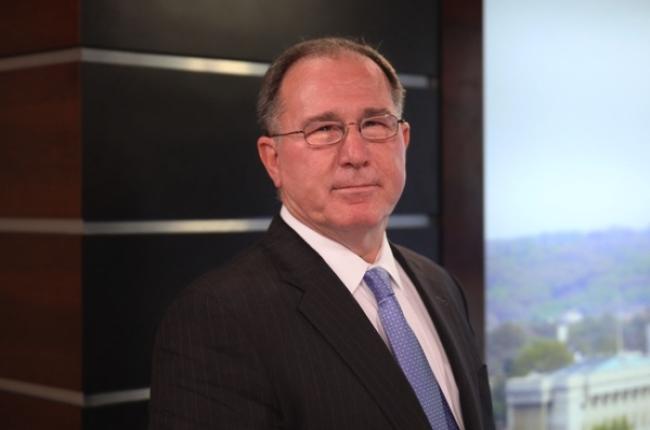 Dr. Michael G. Vickers career as a special operator, CIA operations officer, national security policy maker and Intelligence Community leader spanned the last two decades of the Cold War through a decade and a half of our war with al-Qa’ida, its allies and its offshoots – service that saw unprecedented senior tenure across Republican and Democratic administrations.

Most recently, from 2011 to 2015, Dr. Vickers served as the Under Secretary of Defense for Intelligence, exercising authority, direction and control over the National Security Agency, Defense Intelligence Agency, National Geospatial-Intelligence Agency, National Reconnaissance Office, Defense Security Service, and the intelligence components of the Military Services and Combatant Commands. As the USD(I), he conceived and led a comprehensive transformation of defense intelligence capabilities, encompassing the signals intelligence system and overhead space architecture, penetrating and persistent remotely piloted aircraft, the Department’s strategic human intelligence posture, its corps of all-source analysts, and its cyber operations forces.

From 2007 to 2011, he served as the first and only Assistant Secretary of Defense for Special Operations, Low-Intensity Conflict and Interdependent Capabilities. As the ASD SO/LIC&IC, Dr. Vickers was the “Service” Secretary for all Special Operations Forces, and had policy oversight of all of DoD’s operational capabilities – strategic forces (nuclear forces, missile defense, space, cyber), conventional force transformation (air, ground and maritime), and Special Operations Forces. He conceived and led the largest expansion of Special Operations Forces in our nation’s history, and oversaw several other major capability investments ranging from next generation long-range strike to undersea warfare to deter future great power war.

Throughout his nearly decade-long service as a national security policy maker and Intelligence Community leader, Dr. Vickers was heavily involved in operations. Exclusively represented by Leading Authorities speakers bureau, he was a key operational strategist for the campaign to dismantle and defeat core al-Qa’ida and played a major policy and planning role in the operation that killed Usama bin Ladin. He oversaw counterterrorism operations in multiple countries and a wide range of other operations, from the surge of forces in Afghanistan to sensitive intelligence collection operations, paramilitary support to opposition forces battling despotic regimes, operations against rogue state nuclear weapons and missile programs, and operations against drug cartels.

During the nearly decade and a half that spanned the operational phase of his career, he served as a Special Forces weapons and engineer sergeant, as the commander of a classified counterterrorism unit, and as CIA operations officer.  As a Special Forces solider and officer, he was trained to parachute behind Soviet lines with a “backpack” nuclear weapon, and led hostage rescue operations and sensitive intelligence collection operations. As a CIA officer, he played key roles in the invasion of Grenada, the US government’s operational response to the Beirut bombings, and the covert effort to drive the Red Army out of Afghanistan.

As the principal strategist for the multi-billion dollar Afghanistan covert action program – the largest and most successful covert action program in CIA’s history – Dr. Vickers developed the winning strategy when very few thought it was possible to win. His contributions to the first war the Red Army had ever lost and US victory in the Cold War were chronicled in the film and New York Times best seller, Charlie Wilson’s War.

Dr. Vickers has received the nation’s highest awards in the fields of intelligence and defense, including the Presidential National Security Medal and the OSS Society’s William J. Donovan Award.  He holds a Ph.D. from Johns Hopkins, an MBA from the Wharton School, and a B.A. from the University of Alabama. He is working on a memoir of his career, to be published by Knopf in 2019.

Dr. Vickers currently serves as an Executive Vice President at In-Q-Tel, the Intelligence Community’s strategic investment arm, as a senior advisor to the Boston Consulting Group, and on several corporate, government and foundation boards.  Dr. Vickers is also a senior fellow at Johns Hopkins Paul H. Nitze School of Advanced International Studies and at the Center for Strategic and International Studies.

Geopolitics and What’s at Stake for American Business. One of the most accomplished senior intelligence officials of the last four decades, Michael Vickers understands the current geopolitical environment like no one else. With career bookends spanning the real-life Charlie Wilson’s War to the raid against Osama bin Laden, this Green Beret-turned-CIA operative-turned top Pentagon intelligence official shares insights and eye-opening stories on challenges to the current world order (including the development of the cyber domain), the countries organizations should be watching, and what’s at stake for American business. Called a “national security star” by the Washington Post, he offers a nuanced and enlightening viewpoint on each challenge and tangible takeaways for his audiences. He shares what has succeeded in keeping America safe and where we still have work to do as we look toward the future changes and growing instability coming our way.

Transformational Leadership. Vickers was the “CEO” of our nation’s $80 billion, 180,000-person, defense intelligence enterprise and led the most comprehensive, mission-focused transformation of defense intelligence in our nation’s history. His leadership experience ranges from the individual operator level to large, complex global organizations. Through engaging stories form his legendary career as an intelligence operator, he shares hard-hitting insights on strategic and operational leadership, the necessary traits of a leader, the different forms of leadership authority, and how leadership should evolve at each level of an organization.