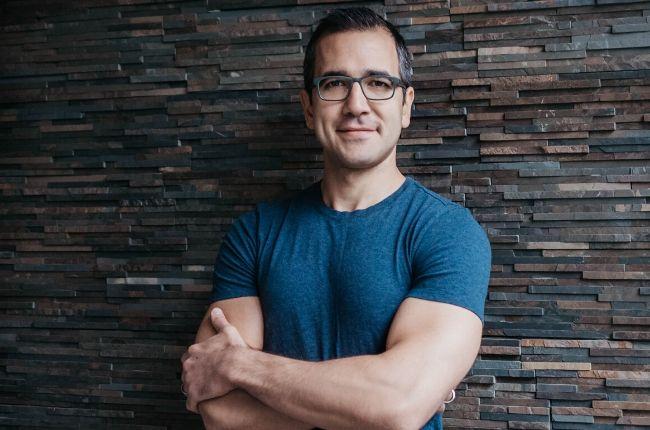 Ozan Varol is a rocket scientist turned award-winning professor and #1 bestselling author. He is one of the world’s foremost experts in creativity, innovation, and critical thinking.

Ozan has been called a “true original” by Adam Grant and dubbed a “superhero” by Dan Pink. His work has been described as “must read” by Susan Cain and featured in the Wall Street Journal, Time, BBC, CNN, Washington Post, and more.

A native of Istanbul, Ozan grew up in a family of no English speakers. He learned English as a second language and moved to the United States by himself at 17 to study astrophysics at Cornell University. He served on the operations team for the 2003 Mars Exploration Rovers project that sent two rovers to Mars. He built stuff that went to the red planet and wrote code that snaps photos of the Martian surface. He then pivoted and became a law professor to influence others to make giant leaps on Earth.

Ozan is the #1 bestselling author of Think Like a Rocket Scientist. In the book, he reveals nine simple strategies from rocket science that you can use to make your own giant leaps in work and life. Today, thinking like a rocket scientist is a necessity. We all encounter complex and unfamiliar problems in our lives. Those who can tackle these problems—without clear guidelines and with the clock ticking—enjoy an extraordinary advantage. Think Like a Rocket Scientist is:

Ozan’s diverse personal background allows him to connect with wide-ranging audiences. He’s delivered keynote speeches to small and large crowds at conferences, start-ups, and Fortune 500 companies across numerous industries. He’s trusted by institutions like Microsoft, Intel, adidas, the U.S. Department of State, and the U.S. Navy.

Ozan is consistently ranked one of the top speakers at conferences and private events. Audiences love Ozan’s blend of big ideas, witty stories, and down-to-earth humor. He’s a master at simplifying complex topics and delivering numerous “a ha!” moments. Ozan has the rare ability to get people to drop their phones and leave them with practical insights they can implement right away to level up in work and life. Ozan Varol: You Don’t Have To Be a Rocket Scientist To Think Like One | The Playbook

Ozan Varol, author of 'Think like a Rocket Scientist' | People of Science TIS#195

How to Think Like a Rocket Scientist. Rocket science is often celebrated as the ultimate triumph of technology. But it’s not. Rather, it’s the apex of a certain thought process—a way to imagine the unimaginable and solve the unsolvable. It’s the same thought process that enabled Neil Armstrong to take his giant leap for mankind, that allows spacecraft to travel millions of miles through outer space and land on a precise spot, and that brings us closer to colonizing other planets.

Today, thinking like a rocket scientist is a necessity. We all encounter complex and unfamiliar problems in our lives. Those who can tackle these problems— without clear guidelines and with the clock ticking—enjoy an extraordinary advantage.

In this keynote, Ozan will reveal nine simple strategies from rocket science that you can use to make your own giant leaps. You’ll learn:

You won’t be a rocket scientist by the end of this keynote. But you’ll learn how to think like one.

The Power of Contrarian Thinking. We’re genetically programmed to follow the herd. Thousands of years ago, conformity to our tribe was essential to our survival. Not anymore. The ability to disrupt established methods and find new ways of looking at old ideas is one of the most sought-after qualifications in all fields. It’s a superpower that allows you to see things that others miss.

Yet this super power is becoming increasingly rare. Businesses plant their lightning rod where lightning struck last and wait for it to strike again. This worked once, so let’s do it again. And again. And again. Over time, imitation makes the original obsolete.

This keynote focuses on the power of contrarian thinking—the ability to question and redefine conventional wisdom to generate breakthrough innovation. I’ll reveal:

When you learn how to reimagine the status quo, you won’t just change the way you view the world. You’ll be empowered to change the world itself.

Think Different: The Power of Cognitive Diversity. Many businesses strive to promote a diverse and inclusive workplace. But an often-overlooked aspect of the issue is cognitive diversity—which is based on differences in viewpoint or perspective. According to cutting-edge research, cognitive diversity can promote problem-solving and increase innovation by bringing a wide variety of perspectives to the table.

Most businesses stifle cognitive diversity. As a result, groupthink and conformity pop up even in institutions whose lifeblood is creativity. Employees hide their best selves rather than go against the grain.

In this keynote, Ozan will share a lively, anecdote-filled roadmap that business leaders can use to promote a thriving corporate culture that harnesses cognitive diversity. You’ll learn:

Why Nothing Succeeds Like Failure. We’re wired to fear failure. To ward off the bogeyman of failure, we keep a safe distance from it. We stay off the edges, avoid healthy risks, and play it safe.

This natural tendency to avoid failure is a recipe for failing. Behind every canvas unpainted, every goal unattempted, every business unlaunched, and every book unwritten, is the looming fear of failure.

On his iTunes top 25 business podcast, Famous Failures, Ozan has interviewed titans from all walks of life about the failures they’ve had in life and in business. In this talk, he’ll share this wealth of knowledge and inspiration with the audience. You’ll learn:

You’ll walk away with science-backed strategies for failing gracefully and creating the right conditions for learning from mistakes.