From 1966 through 1974, Mr. Buchanan was an assistant to Richard Nixon, and from 1985 to 1987, White House Director of Communications for Ronald Reagan. In 1992, Mr. Buchanan challenged George Bush for the Republican nomination and almost upset the President in the New Hampshire primary. In 1996, he won the New Hampshire primary and finished second to Sen. Dole with three million Republican votes.

Born in Washington, D.C., educated at Catholic and Jesuit schools, Pat Buchanan received his master's degree in journalism from Columbia in 1962. At 23, he became the youngest editorial writer on a major newspaper in America, the St. Louis Globe-Democrat.

In 1966, Mr. Buchanan became the first full-time staffer to Richard Nixon in his legendary comeback. He traveled with the future President in the campaigns of 1966 and 1968, and served as special assistant through the White House years to the final days of Watergate.

On leaving the Ford White House in 1974, Mr. Buchanan became a syndicated columnist and founding member of three of the most enduring -- if not endearing -- talk shows in television history: PBS's The McLaughlin Group, and CNN's Capital Gang and Crossfire.

Mr. Buchanan has written ten books, including six straight New York Times best-sellers: A Republic, Not an Empire; The Death of the West; Where the Right Went Wrong, State of Emergency, Day of Reckoning and Churchill, Hitler and The Unnecessary War. 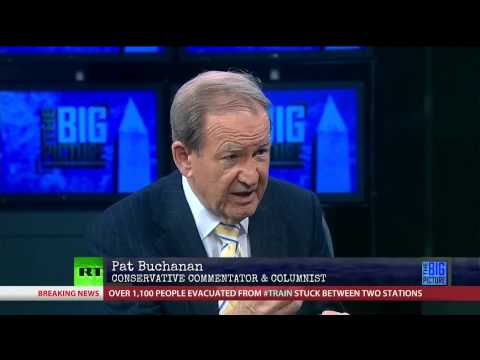