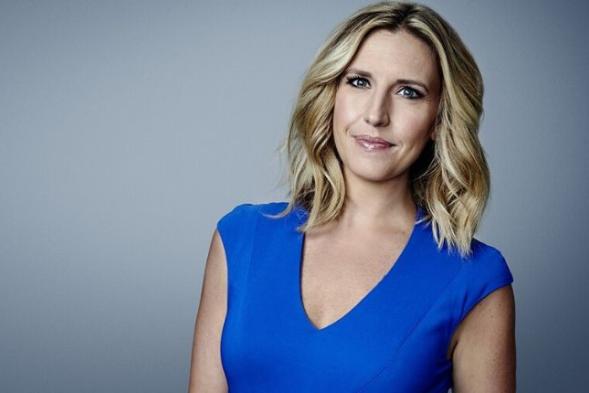 A twice-Emmy nominated journalist, Poppy Harlow has her finger on the pulse of the latest in business and economic news and how it impacts people around the globe. As anchor of CNN Newsroom, she reports and conducts in-depth interviews on today’s top headlines and breaking news.

In speeches, Harlow brings her insider insights from the newsroom to the boardroom to provide an up-to-the-minute analysis of today’s top issues. Taking audiences behind-the-scenes of her interviews with the world’s top business leaders and disruptors, she shares how to stand-out and succeed in business, leadership, and innovation.

Based in New York City, Harlow previously anchored CNN Newsroom Weekend on Saturdays and Sundays, and covered breaking news and investigative reporting as a correspondent for CNN. Prior to that, Harlow was an anchor for CNNMoney.com, serving as the primary host for the site's video network, as well as a business correspondent on CNN covering global events, business, and the economy. She also hosted the CNN podcast Boss Files with Poppy Harlow, where she solicited leadership advice from entrepreneurs, CEOs, and innovators about what it takes to rise to the top. Before joining CNN, Harlow served as an anchor, reporter, and producer for the Forbes.com Video Network and was an anchor and reporter for NY1 News Local Edition.

Widely acclaimed for her world-class reporting, Harlow has won numerous industry awards, including the Gracie Award for Best Online Investigative Feature on Financial Fraud and SABEW's Best in Business award for online video.

Harlow also serves as a member of The Henry Crown Fellowship – The Aspen Institute 2019 Class, which seeks to develop the next generation of community-spirited leaders, providing them with the tools necessary to meet the challenges of business leadership in the 21st century. From the Newsroom to the Boardroom: A Briefing on Today’s Top Issues. As an anchor of CNN Newsroom, Poppy Harlow is on the front lines of breaking news each day. In this talk, she draws on her years of journalistic experience to makes sense of the latest in global events, business, and economic news. With insider access from interviews with newsmakers and business leaders, she looks at the stories driving our daily conversations, offering her analysis and sharing her outlook for the future.

BossFiles: What It Takes for Business Success in the 21st Century. During her time as host of the CNN podcast BossFiles with Poppy Harlow, Poppy Harlow heard business and leadership insights straight from the source. Drawing from her in-depth interviews with the world’s leading entrepreneurs, CEOs, and innovators, she shares with audiences the proven strategies to succeed in the business world and what it takes to rise to the top and stay there.

The American Opportunity. In this talk, Poppy Harlow draws on her own upbringing and insider insights glean from hosting her segment American Opportunity to discuss the social issues of today. She explores income inequality across race, gender, and economic class, while infusing stories from her interviews with the world’s top CEOs and business leaders. Audiences will leave with a better understanding of the income and opportunity gap in America today, and inspired to make a difference in mitigating it.

Moderator. A twice-Emmy nominated journalist, Poppy Harlow brings her extensive interview experience to the stage as a moderator. Having facilitated panels at major industry events like the World Economic Forum, the Microsoft CEO Summit, and the Fortune Most Powerful Women Summit, she provokes discussion, summarizes insights, and leads thoughtful Q&A with her signature journalistic polish and expertise.